Ary, the titular protagonist of eXiin’s Ary and the Secret of Seasons, is a girl out of time. Due out in September, there’s no denying that her game is very much a modern-day release, but by all accounts it feels plucked from some forgotten chapter of the PlayStation 2’s back catalogue… and that’s not such a bad thing.

It’s a 3D action adventure title—as vague as that descriptor is—featuring a young girl who must defy her protective parents, answer the hero’s call, gather four all-powerful stones (one for each season) and save her land from a mysterious villain and the anthropomorphic minions that attack her along the way. The story… okay the story, on paper, seems pretty naff, or at least incredibly uninspired. It’s in that story’s execution, however, that the world of Ary comes to life. Even from my relatively brief preview of the game, the characters show a level of personality that wouldn’t be out of place in a high-quality animated children’s film—you know, one of the well-written ones that parents won’t pull their hair out when dragged along to watch. My favourite character, an old and borderline-senile elder, can be found dancing, drunk, on a round table singing and letting loose the odd fourth wall-breaking statement. I definitely want to see more of that guy. 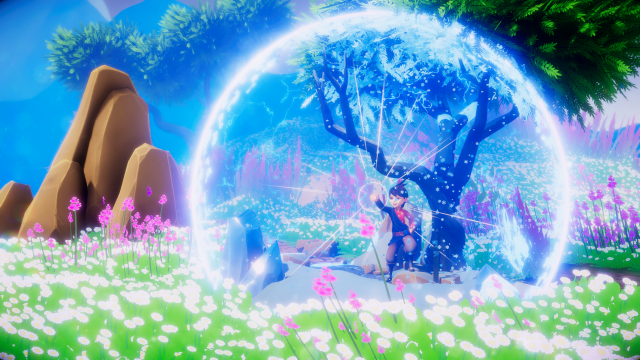 There’s more to the story too: Ary’s brother, Flynn, has gone missing—presumed dead—and the event has caused a major rift in the family. It’s handled with a delicate family-friendly touch, but it’s story elements like that which give the game’s setup some genuine emotional weight. I don’t know what else the full game will bring, but I’m curious to find out. Less enticing, at least to me, are the game’s worldbuilding attempts. I appreciate the effort from eXiin, but being bombarded with what feels like an encyclopedia’s worth of place names, concepts and events is a major turn-off for me in a game like this. It’s not Mass Effect, you know?

Exploring the world of Ary and the Secret of Seasons brings to mind titles like Fable or the 3D Legend of Zelda games. Not just in the vibrant art style, but in the sense of adventure that fills the experience too. There are side quests strewn around the open environments which, while trivially easy in the early parts of the game, will hopefully become more complex as it progresses.

Some of these side quests place you in combat encounters with hyenas, the game’s primary ‘fodder’ enemy. Combat, again, draws comparisons to The Legend of Zelda and its timing-based dodging and sword-slashing mechanics. There is an additional parrying system that’s useful and has a mercifully generous timing window, but overall, the combat—ironically—lacks impact. Likewise, the movement and animations in general seem—for lack of a better word—unpolished and stiff. It’s a shame: the game is so charming and downright impressive in most respects, but it’s sorely let down by this one flaw in the presentation. Still, Secret of Seasons isn’t out for another month; we can’t make final judgements on a game that’s undoubtedly still being worked on. 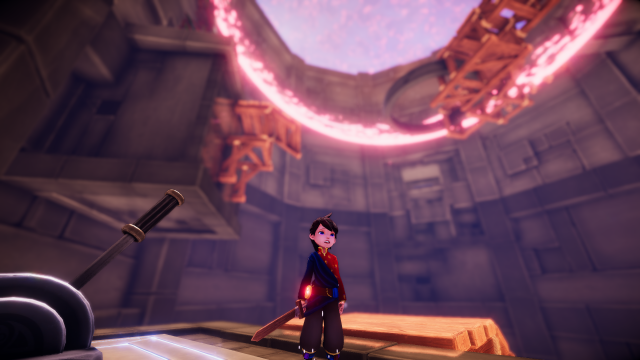 Central to many of the game’s puzzles are Ary’s seasonal powers. That is, powers based on the four seasons, not powers that are determined by the seasons. The preview build mainly saw me using the ‘winter’ powers, which helped with creating platforms, freezing water and creating solid objects out of thin air (something to do with water vapour in the air, I assume). I didn’t get to grips fully with the powers in my time with the game, but they promise to present some fun opportunities when it comes to puzzles, platforming and discovering hidden secrets.

In addition to quests and hidden areas, merchants can also be found inhabiting the open environments. I’m conflicted on these guys. They sell weapons, cosmetics, upgrades and… well, junk. The thing is, there’s no clear distinction between what’s useful, what’s merely cosmetic or what’s a complete waste of money. Double-jump boots—a vital upgrade for any 3D platformer—were placed right next to a robe that was purely cosmetic with no clear indicator marking the boots as a ‘useful item’; I could have easily passed it by and been none the wiser. I was also able to buy a wooden spoon as a—practically useless—weapon, and there was plenty more junk like that littering the merchants’ inventories. Unless these junk items are quest-relevant or something, it seems like an unnecessary addition that, while meant to add flavour to the world, instead only confuses the in-game shopping experience.

Ary and the Secret of Seasons is shaping up to be a surprisingly entertaining family-friendly adventure. Stiff movement and the odd bug (falling through the floor, for example) marred my time with the game, but I’m still looking forward to the finished product. If you’re into the worlds created by studios like Pixar but haven't given this title much thought, I recommend you pay closer attention to Ary in the run-up to its release.

Ary and the Secret of Seasons releases for PlayStation 4, Switch, Xbox One and PC on the 1st September.

Ary and the Secret of Seasons Features Trailer

Ary and the Secret of Seasons Developer Walkthrough Video

Ary and the Secret of Seasons