I never thought I’d reach a point in a life where playing a videogame would have me constantly singing Limp Bizkit lyrics, but it’s something I can finally tick off the list. Despite no reference to the nu-metal artist, Bang-On Balls: Chronicles had me singing Rollin’ far more often than I’d like to admit.

So, what is Bang-On Balls: Chronicles? It’s a difficult question in honesty. Part-3D platformer, part-history education tool (trust me, I know Henry VIII) and part-ball rolling nonsense. In fact, it can be simplified as fondling the balls of history.

Bang-On Balls: Chronicles, at its core, is an open-world, 3D platformer. With expansive levels giving the player a plethora of tasks to complete, there’s plenty of activity to keep you engaged throughout your early access stay here. It’s a well controlling game that, from a gameplay perspective, stands alongside a lot of open-world platformers we’ve seen over the years. Rather than redesign a proven method of gameplay success in the genre, Bang on Balls: Chronicles uses real world history to make its game stand out instead. 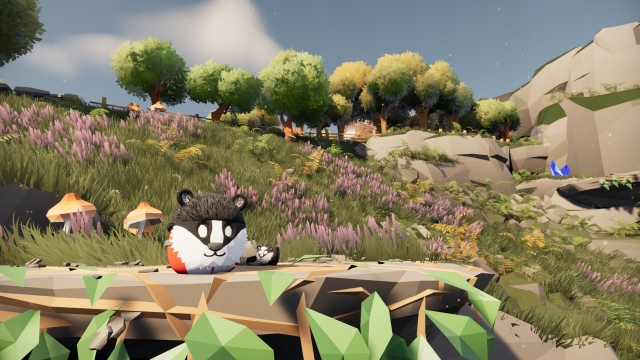 The Viking setting of the game’s opening level (outside the tutorial) is a great example of using the world design to stand out. Visually, the historical location of the level is pretty clear, and the scene is set without any words or story. Not only is that a sign of a well-designed level, but it’s also a good indicator of how the game is likely to continue to add to its current content in the future. Going forward, I’m already interested by how far they can push that style of level design. Much of human history has an iconic look, and seeing parts of that replicated in the shape of a 3D-platformer is certainly holding my interest.

Each level is completed by completing a series of objectives. A lot of those objectives rely on destruction, there are other missions outside of simply smashing stuff. It would be nice to add some more diversity to the in-level tasks, but the design of the stages would likely alleviate any long term boredom.

Bang-On Balls: Chronicles is clearly a self-aware game, and the jokes about balls are there. It’s also very aware that the historical aspect of the game's setting is exactly that - a setting. This isn’t going to help you through your next history exam, but if you needed me to tell you that by this point, there’s probably no hope anyway. So stop revising and start customising your balls, so you and your friends can play with your balls together in four player co-op. You wouldn’t want to be the most generic of the balls now, would you? 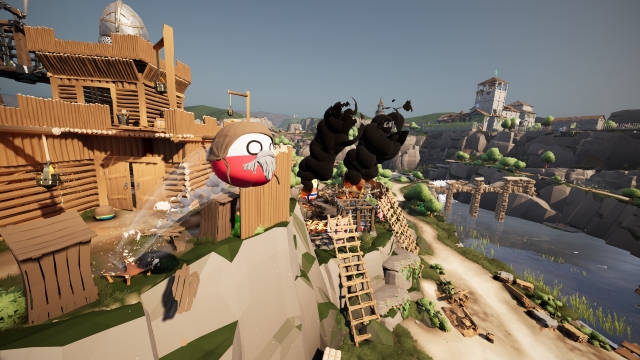 Although I wasn’t able to enjoy the wildness of a co-operative session, the chaotic single player was fun enough for me to understand the potential the multiplayer has. In addition, this is a perfectly acceptable platformer to play with a keyboard. As with all platformers, I would recommend a controller, and I maintain that here, but those who use keyboards exclusively will be happy to know this is a game that hasn’t forgotten about them.

You’ll find it hard to ignore the art style of Bang-On Balls: Chronicles. It was touched on earlier, but the art does a great job of making you connect with the historical era you’ve been placed in. Landing in the Viking level, the weaponry and architecture were a good early indication of where you were. Of course, this art style is loosely based on the time period - a cartoonish recreation if you will. It will be interesting to see other historical periods recreated in this style, or if the style may even change from place to place.

Bang-On Balls: Chronicles is currently available on early access, and, despite limited content currently, is more than just a cheap gag about historical balls. Providing a modernised 3D-platforming experience for fans, both old and new. It’ll be interesting to see what parts of history these magical balls take us. If future updates are at the standard of its initial release, then Bang-On Balls: Chronicles really could be the dog's bollocks.