Space: the final frontier. This is the final voyage of your uncle. His mission: to be laid to rest because he’s stone dead. To boldly go where billions have gone before depending on your religious beliefs!

Breathedge is a survival game set in space, and has been in Early Access for a couple of months. You’re accompanying your uncle’s body on his old ship to his final rest, docked with a large carrier. Until the carrier’s involved in an accident, and everything is sprayed across the nearby space.

Right now, the game only has a small section - though saying that, it took me over five hours to complete it, because the story begins with what I can only assume are the AI mafia trying to beat a confession out of you. This is the “Standard” mode, which is the only one available, but there is going to be a Story mode, Impossible mode and a Free mode by the time the game releases out of Early Access. 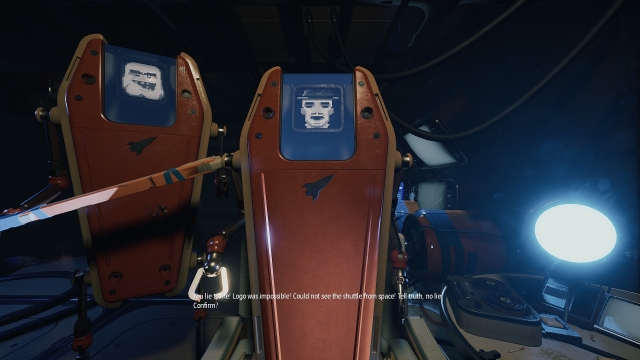 So - post-accident, things are looking bleak. Your suit can only hold 45 seconds worth of oxygen, and it will take over 4000 years for rescue craft to get to you. Your only other option is to reach the bridge and hope that you can mount an escape from there - on the other side of a radiation field covered in frozen coolant. But at least there’s still an atmosphere in your uncle’s ship, so you can get another 45 seconds of air!

What can you do in 45 seconds? Well, you can float somewhere that’s 20 seconds away, then get back with time to spare! Hopefully you’ll pass enough random metal and ice to grab so you can do some crafting at the workbench. After all, you’ll need something to break open crates, as well as some water and eventually food. Surviving is thirsty work!

The tools that you craft all have a set number of times that you can use them. Luckily, there’s a lot of stuff floating around in space, and a lot of it is useful - even condoms. Things like the oxygen generator can be refueled, but everything requires a certain number of things to craft. For instance a new helmet needs glass, lead paint, plastic and aluminium. Not all of those are just floating around or in boxes, either, you’ve got to mine asteroids or cut it from sections of the carrier.

Admittedly, a lot of your time playing will be heading back the way you’ve just come to get more air, but it certainly kept me engaged. I think the last time I was this engaged by a game that revolved around crafting was Starbound, and I’m not saying the two games are similar in anyway, but I generally get bored by the repetitiveness of it all. Breathedge really caught on something, though, as I couldn’t wait to get back to playing it each session. 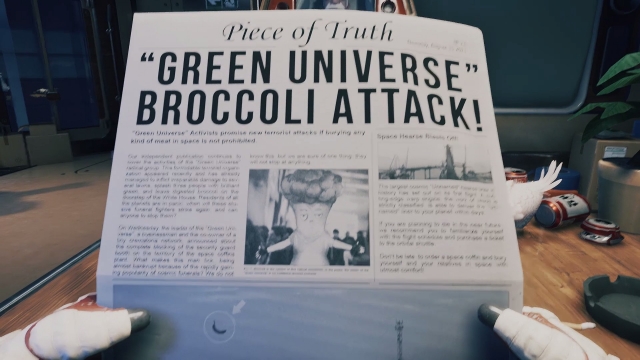 Part of it may be that the game is genuinely funny. The trailer shows some immature humour, but you don’t actually need to pee in the game. It’s an option, sure, but it’s not necessary. The game also seems preoccupied with chickens, which is really strange as it leads to some weird interactions with an immortal chicken you happen to have in your pocket. It’s not in your inventory taking up space, so that’s a good thing at least.

Graphically, they’ve chosen a really interesting style that reminds me of Fallout’s style, but as if there hadn’t been a nuclear war. Everything has chunky controls, and is just big in general, as if it’s straight out of a 50s sci-fi serial. Honestly, I love it, it’s cartoony whilst not being ridiculously so.

Breathedge’s trailers show off some construction or base building - but that’s not present in this opening chapter. However, the developer has said that there will be gradual price rises as more content is added, up to and including full release. Even if there are only two more chapters, I definitely think this is worth the £12.39 it’s currently priced at. The second update is scheduled for around the end of December, so we’ll have to see what happens with the price.