Whenever a videogame lets the player fly a helicopter it always excites me because flying around in videogame worlds is just fun to do. That’s why I took an interest in Comanche. I didn’t know at the time that this series has existed for quite a while (since 1992) and has been absent for almost 20 years now. But developer Nukklear aims to bring the franchise back with a multiplayer-focused revival that feels great to play even in its early access state.

Comanche allows for multiple playstyles as it begins with a choice of the following control schemes: arcade, simulation and hybrid. Arcade enables all available assistants to help stabilise the helicopter for those who are new. Simulation is for those helicopter purists out there that know their Comanche inside and out, providing that experience for those who are looking for it. Hybrid – the one I went with – is designed for players who are new to helicopter games but are familiar with FPS controls, which was definitely me. It’s noted in-game that hybrid and arcade are still experimental control schemes, but hybrid felt really good with a controller. At first, I tried hybrid with a mouse and keyboard but I’m personally more accustomed to a controller, and after switching, I felt like I had better control of my helicopter. 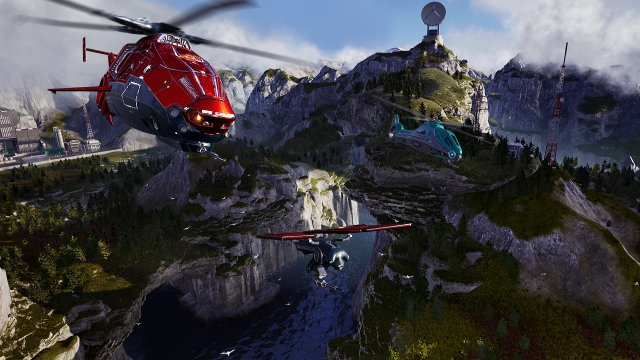 There are five helicopters in Comanche at the time of writing this, but only the Classic Comanche is unlocked in the beginning and it’s unknown whether I could unlock more by playing. Each helicopter has its own abilities and weapons with the Classic Comanche’s being: Light Gatling Gun, Guided Stinger missiles, Targeting Assistant and Flares. The Gatling Gun is the main weapon but there are no ammo constraints on anything, mostly just cooldowns. I was able to free fire missiles as well, but they are much harder to aim due to the fact they can only fire where the nose of the helicopter is facing. For those who struggle to aim and fly simultaneously, there is a hover option that allows for better accuracy.

Fighting while flying feels just as good as flying itself; it always felt like I had control of the helicopter’s actions. There is also a drone I could pop out from the helicopter that can be used to fly around and fight. The drone has a machine gun and missiles as well and feels just like flying the helicopter, but with lots more control because of how small it is. It’s mainly used to go inside buildings for the single-player missions though. 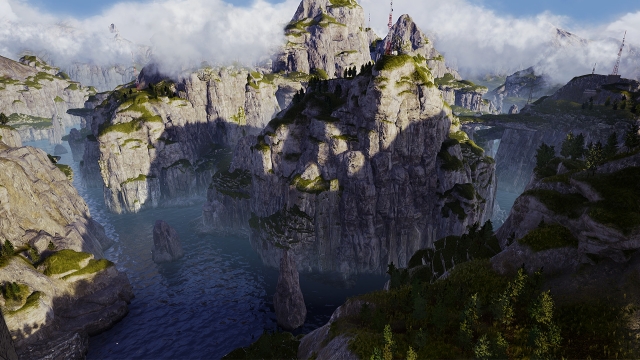 Speaking of the single-player, this is where Comanche falls apart as of right now: the content. While it is early access, there is only one mission in Comanche at the moment that includes only five rather short chapters, but there is the promise of more coming with mission two and three on the way. Having one mission would have been fine if there was someone playing the multiplayer, but after trying multiple days waiting ten minutes a queue, I couldn’t find one game. It’s a shame too because I think there is a good foundation here for an enjoyable multiplayer experience since the gameplay already feels great. The mission itself was fun, even though it started to get repetitive around the end which has me slightly worried for the future chapters.

To end on a good note, Comanche is surprisingly beautiful in terms of graphics. The lighting, explosions and good use of motion blur made basic dog fights feel epic most of the time, even when going inside buildings with the drones. On epic settings, it performed quite well on my Ryzen 5 3600, 16GB RAM and GTX 1060 with 60FPS the majority of the time. There were a couple of small FPS drops, but nothing that impacted gameplay. 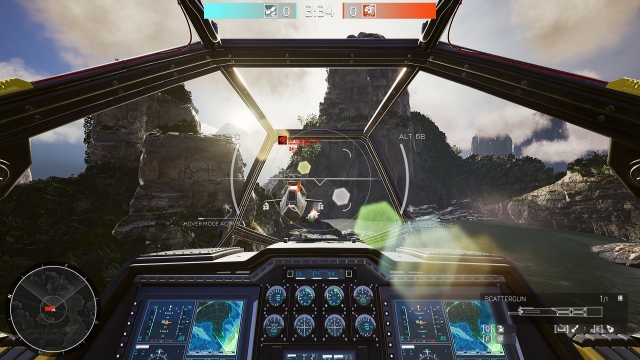 Comanche has definitely piqued my interest with very solid controls and handling for their helicopter and great visuals. My only wish is that they gain a community of gamers so I have people to play online with because I think it would be a blast, especially with a group of friends.