Released into Early Access on Steam in October of this year, ExoCorps is an FPS arena shooter blended with fast-paced flight and twitchy gameplay akin to Quake, set in extraterrestrial (and terrestrial) landscapes. You play as a member of the ExoCorps, soldiers being trained for a new breed of warfare fought primarily with Exosuits, souped-up suits of armour that are a cross between fighter jets and EVA suits used by astronauts. 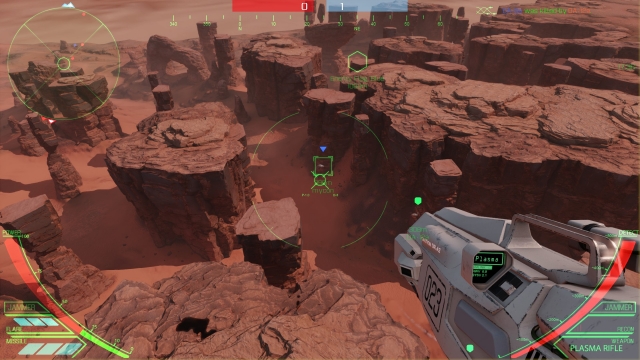 First-time published and developed by Gingerbred, the game has a very grounded yet distinctive look. It takes clear inspiration from movies like Moon (2009) and The Martian (2015) yet the designs of the suits themselves are honestly unique for a game that wears its influences on its sleeve. Their helmet, for example, has a very particular, almost bug-like look to the visor which almost makes it look goofy in a charming way. The helmet visor, in particular, has become something of an unofficial mascot for the game, with different emojis made for the Discord server and some of the hud notifications that use it as a sort of smiley face. The game’s graphics are also very beautiful, with a lot of attention paid to the landscapes of the places the maps mimic. The map set on the Moon literally has no sounds audible past those that could be heard in the Exosuit. 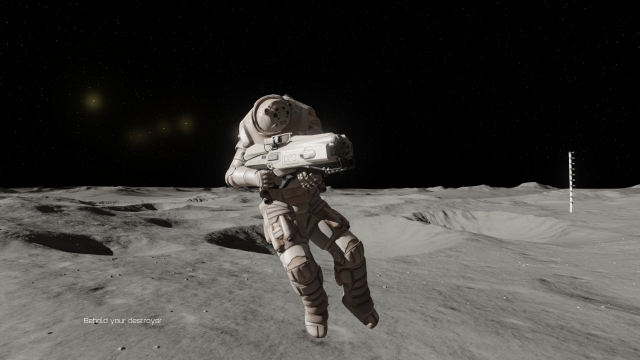 In terms of gameplay, the mechanics are very simple to learn but are, by my limited experience, very hard to master (often the case with high mobility shooters such as this). You have one rifle that can cycle through a variety of ammo types such as missile darts, gatling gun fire and even lasers. You also have homing missiles which can be fired if you lock on to one of your many fast moving targets, and countered with flares. You can also cut your heat to try and stay off the radar and not be blown to pieces by homing missiles, though this ability has a limited time. The weapons are almost all projectiles, which makes the game incredibly difficult. Hitting enemies as they’re flying through the air requires a whole lot of shot prediction (and for me, luck) and is like catching a fly with a chopstick. There’s a very high learning curve here, which would be fine if not for one thing: the game’s servers are unbelievably low in population. 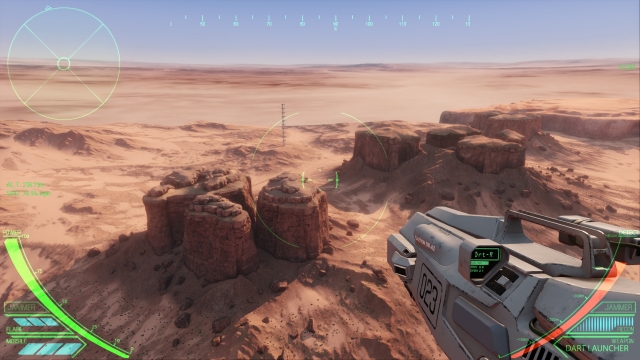 Of all the times I’ve logged onto the game that haven’t been developer organised game nights, the servers have been completely empty. The game has offline bot gameplay, thank the lord, but for a game that will definitely require a high player base for enjoyment, the quiet servers are a very hard sell right now. I was only able to get about two hours of gameplay in (my limited schedule means that I was stuck to playing game nights with the developers and other fans) and I don’t feel at all confident with the gameplay. The developers are very hard working and are constantly tweaking the game in Early Access, however, and I hope the official release is met with the success that the game would thrive from. With some more polish, I can see this being something of a cult favourite à la Titanfall 2. 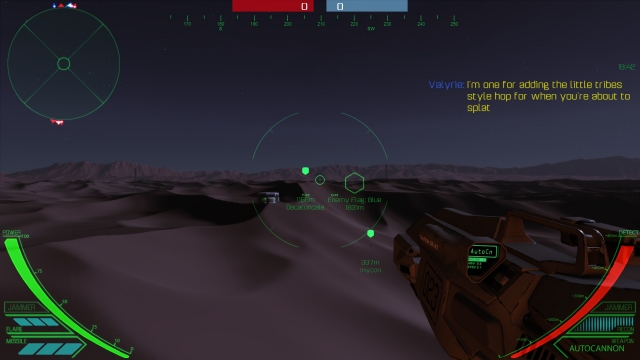 So, should you pick it up? For now, I’d say, wait and see. There’s far more to the game being added down the road, but if you are interested, the developers and users on their Discord play every few nights or so. It has a small but dedicated community, and I don’t doubt they’d be able to help you learn the game.