In My Shadow Preview

In My Shadow is an emotionally heavy puzzle game that uses lighting and shadows to create some clever and challenging puzzles, while also following an emotional story about remorse and how your past decisions can come back to haunt you.

The story follows Bella as she relives moments from her childhood through puzzles and deals with the regret of her decisions from the past. It begins with her dog which she starts to neglect as she gets older but feels guilty about that decision once the dog eventually passes away. It continues from there with her younger brother and how they drift apart, her parents which she begins to rebel against, eventually ending with her entire idea of ‘family’ being sullied to the point where she believes she doesn’t need one. Unfortunately, there was a game-breaking bug that prevented any further progress of the story in the preview, but a recent patch from the developer swiftly fixed that issue. The story was much more emotional than anticipated and did a good job evoking that emotion with music and imagery. 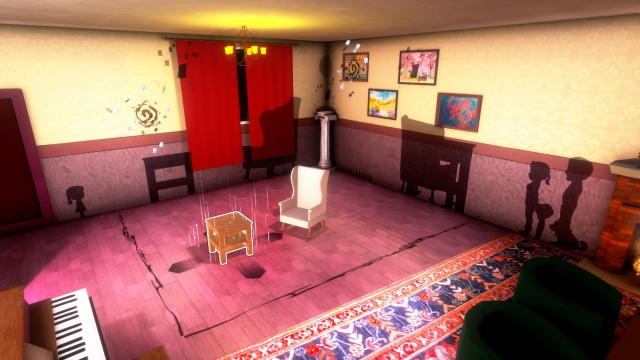 In My Shadow takes place in Bella’s childhood house as you go through four rooms with each representing one of the past traumas mentioned above. The rooms have about 10-15 levels within them with each getting harder than the one before as your goal is to collect the pieces of memory and make it to the family member on the other side in one piece. You play as a shadow version of Bella when she was a child and have to use/move the objects in the room to cast the correct shadows so you can get your memories and make it to the other side. The portion you play as shadow Bella is 2D and takes place on the walls of the room, but moving the objects in the room are in a 3D space and can be placed anywhere in the room to benefit you. The shadow changes based on where the object is in the room and where the light is coming from emulating reality, but controlling the objects and placing them in the spot you want can be frustrating because it feels like you have to fight with the controls.

There are quite a few puzzles to go through in the current demo, and they progressively get more difficult as that game proceeds to add in obstacles and other mechanics to keep you on your toes. For example, some levels have objects that you can only move in one certain direction while others have two light sources causing you to really think about where to put the object so the shadow benefits you from both angles. The problem is that the game is still riddled with bugs that actually make it less challenging than it should be. One important one to note is being able to ‘climb’ up slanted surfaces like chair legs when you shouldn’t be able to, it makes the game quite easy because you can just use that to get over most obstacles. 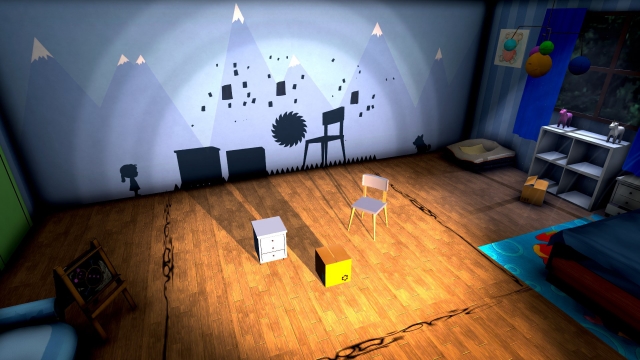 Visually, In My Shadow doesn’t ‘wow’ with its rather simplistic art style, but it does a great job with music which was quite a surprise. Most of In My Shadow’s story is shown with still shots with some words written beneath with a couple of cutscenes in-between, but it’s nothing that stands out visually. The music however does stand out as being a great match for this emotional story that is being told. It helped produce those sympathetic moments that the game was going for, while also providing some nice background music to enjoy with the puzzles.

Overall, In My Shadow is rough around the edges and definitely needs more time in the oven, but it could be a great and unique puzzle game that also offers an emotional story. If developer Playbae can fix all the issues and provide a compelling story until the end, this could be worth checking out.