The 1980s was a polarising time for the United Kingdom. Or so I am told by the game description in Landlord’s Super. Landlord’s Super is in Early Access and is being developed by Minskworks as a first-person simulator where the player is tasked with renovating a new property that they have inherited. The goal is to renovate the property to the point that it can be rented out to some other schmuck. For a profit, of course. 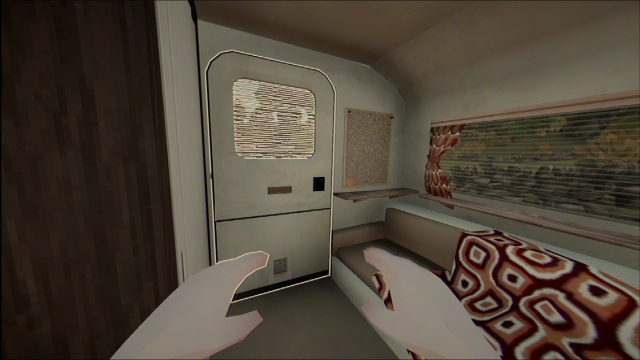 Landlord’s Super puts the player in the role of the son of an immigrant in the United Kingdom. The game is set in the fictional town of Sheffingham which is rather bleak looking and honestly, quite depressing as can also be shown on the simplistic faces of the NPCs. This design works well as the property that is inherited is a piece of crap and practically gutted and destroyed. Not only that, but the weather never seems to ever be nice and is either raining, snowing, or just barely sunny. Think of the saddest place you know and then add in pompous people who try dress to impress yet have nothing going for them. 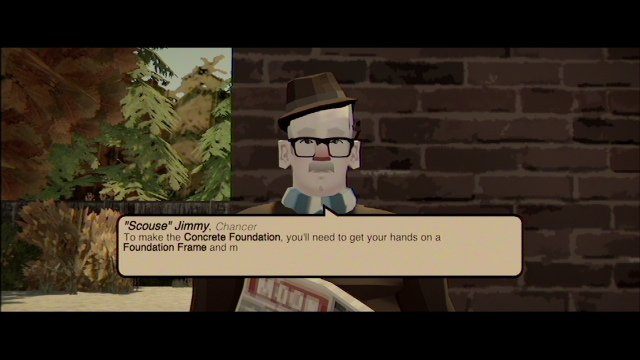 The game started with me picking if my father’s immigration document reads as “HMT Windrush” or as “displaced person.” To be honest, I do not know how this will be relevant later on in the game and I do not know anything about British history so I just chose one at random. The game then has me wake up in a trailer where I can now begin playing the game. The first thing I noticed was that my hands are very pale and constantly in front of me. I felt like Frankenstein’s monster and when I looked down, the shadow reflected my body exactly like how Frankenstein’s monster would walk. Once I went outside, I was able to talk to someone trying to break into my property. After some dialogue, I was able to go into town and start on odd jobs in order to get started and earn money to buy supplies in order to work on my property. After all, my property would require a lot of work from demolition, remaking the foundation of the house, fixing the roof, building walls, etc.

The work required to repair the house was pretty much laid out to me in a fixed and linear series of tasks and jobs at first. Eventually, once some of the basic construction and fixes were completed, I was able to have a more opened creative take on the property. To be honest though, the very task of making a foundation sounded simple enough but I spent well over an hour just trying to lay down the wood properly. It was incredibly frustrating and the hints and tutorial did not exactly help too much. But once I was able to get an understanding, making the foundation became easy. Every individual supply such as bricks, wooden planks, cement, and others had to be individually bought or “borrowed with no intention of returning.” Every individual nail had to be hammered in. It definitely gave me a sense of satisfaction once I had figured out how to make a foundation even if the process of doing so was incredibly frustrating. 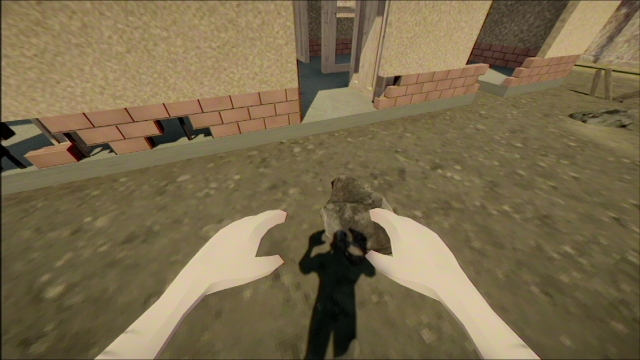 Seeing as Landlord’s Super is still in Early Access, a lot of places were not available to me just yet. However, I could earn money at the local pub by washing dishes for an hour at a time. Doing so however, would affect my hygiene and my energy level. If I ran out of energy, I would pass out. Locals also would start to repeat the same phrases to me eventually. Hanging out at the bar only allowed me to do the one odd job or drink a pint. However, my favourite part of Landlord’s Super was being able to steal supplies from the one house’s backyard. So far, I have not seen a way for me to get caught but I believe that will be included in later updates. I also found that I could run around the town with my wheelbarrow which seems to magically never get separated from me nor slow me down as I run. My tools also are all either placed in my dungaree pockets in the front or laid out on the property. The graphics in Landlord’s Super are pretty basic and face models seem to be pasted on each NPC. The game was still full of bugs that could either crash the game or were just utterly hilarious to me. I had items completely vanish before my eyes and I have teleported through walls for no reason whatsoever. Perhaps one of my favorite bugs was when I stole what I believe is a dresser and when I threw it on the ground, it took off into space. Eventually it came back down but it became the size of a paper clip.

I had NO idea how to put down a foundation... Hoping the tutorial has been improved/added? since I played it...

Honestly, I figured it out completely by accident. There was only one small section where you could build the foundation that I found.