I don’t imagine that programming a game is particularly easy. Less so one that gives you the creative freedom to create and deploy vehicles that can be controlled and then programmed inside that game to do what the player wants. But yet here comes Main Assembly allowing you to do exactly that. 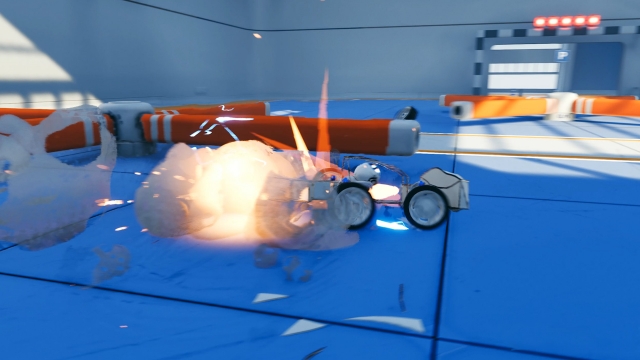 In its current early access state, the main game play element is in solving the various challenges in different levels, some will be simple, merely requiring you to complete a series of checkpoints (not necessarily in order), to more devious ones, where you’re timed and following a path. Maybe you need to jump high into the air to grab a collectable. But a personal favourite is bumping those crash test dummies around the levels and listening to them squirm. Yeah! Take that inanimate, yet seemingly sentient dummies! You take control of a drone with the powers to design and print a chassis for a vehicle, which could be something like a typical dune buggy, allowing you to skirt around the ground with ease, through quad copter style vehicles allowing you to take flight. Even rocket powered flying jets are possible, your imagination really is the limit. 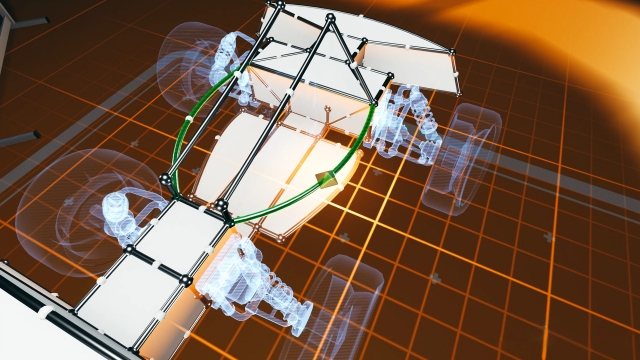 And that’s in thanks to the vehicle creation tools that are on offer. Most games in this genre go the route of predefined blocks that you stitch together in a number of predefined ways. Not Main Assembly. With the exception of build volume, you’re effectively free to create any shape or free flowing curves you want. With a mirror mode that’s on by default, it’s very easy to get a simple design up and running within a few minutes.

That’s before you ever get to the visual programmer that’s a part of the creation tool set, allowing you to combine various instructions for your craft to follow. It can be as simple as tying your keyboard keys to turning your wheels, or a complex system of sensors, attachments and hinges that all react in different ways. 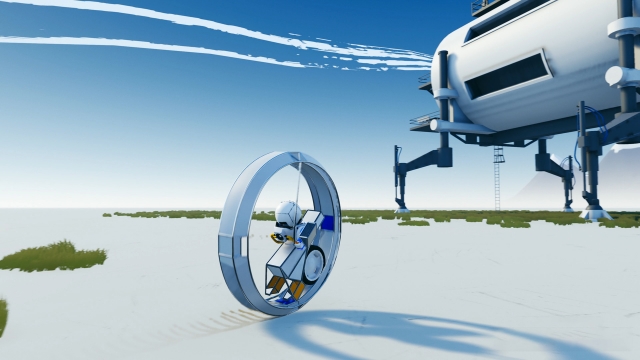 Personally, I’m hoping to see an expanded crafting mechanic - one that requires you to find resources from the land in order to build the parts. With the programming side that’s already in play, it could make for some interesting automation game flows if mining and refining materials became a part of the game. However, the puzzles of the challenge mode will give me more than enough to keep up within the meantime.

Overall though, Main Assembly is one of those games that turns up and proceeds to eat the next few hours of your life. In a good way - as you strive to create bigger and better vehicles to complete the challenges.