The 4v1 asymmetric competitive genre is a tricky balancing act to get right. The undisputed behemoth of the format, Dead By Daylight, is still adding and taking away from the scales to keep them balanced even now, four and a half years since the game’s inception. Behaviour Interactive has arguably done such a good job of it that the game is used as a capstone whenever another title tries to adapt the formula.

Enter Monstrum 2, the sequel to the 2015 survival horror brought to us by Junkfish Games that utilised a procedurally generated map and a random choice of monster to the effect of challenging the player whilst simultaneously making them jump at every sound, light source, or door that just didn’t look quite right. The sequel takes the ‘trying to escape an isolated, procedurally generated locale’ from the first game, and places it into a 4v1 multiplayer experience. Having entered Steam Early Access at the end of January 2021, how well does the game exactly hold up so far? 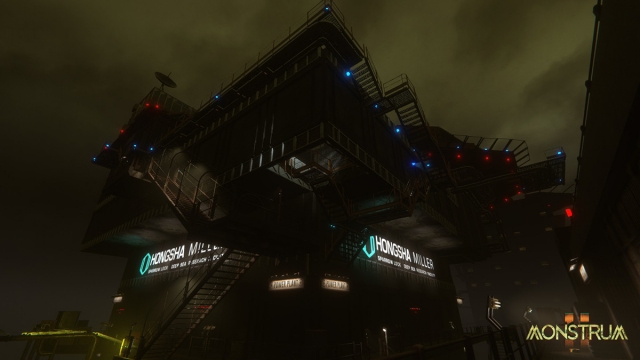 As expected for an Early Access game, the current content is very barebones, with three possible monster types, two escape vehicles, and one ‘map’ in the form of a sea fortress military base that procedurally generates its locations and rooms upon the start of the match. Players can either take the role of prisoners aboard the military base, or a monster that has managed to break containment.

As expected, a monster’s job is to hunt down and kill the prisoners. Each prisoner gets two lives - when they are caught and ‘killed’, they will respawn somewhere away from the monster — provided they still have a life left. The monster can also ‘die’ if it accidentally plummets into the ocean, but they respawn after five seconds and, unlike prisoners, don’t have a life limit. I’m unsure whether this is a feature, or if I just got insanely lucky, but during my time as the Bhagra, a small monster who can leap great distances, there were multiple times I found myself accidentally leaping off the map during chases, only to be respawned in-front of where my target was going, leading to an unfortunate and definitely undeserved kill.

The prisoners, on the other hand, have to try and escape by getting the power back on so they can access either the sub-terrarian deck for a submarine escape or the helipad for a helicopter escape. Standard operating procedure clearly dictates that the first thing you do if a monster starts running rampant on your base is you turn all the power off and siphon all the fuel from the vehicles, so it’s the prisoners' job to undo this before they get their organs remixed by some science experiment gone wrong. 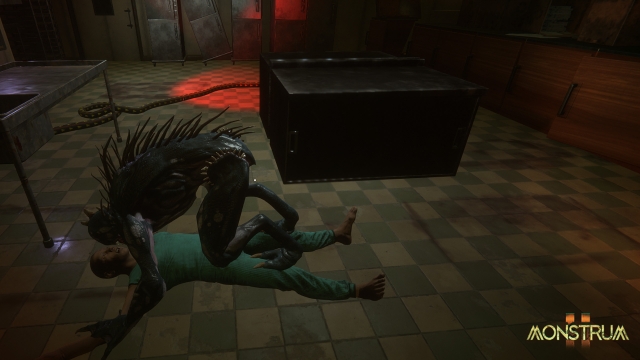 In order to escape, you first must flip a bunch of fuse switches, which requires you to locate and use a variety of items that can be found around the map, and you never know which ones you’ll need. Some switches need to be welded back together; some will need you to break boxes with a sledgehammer before you can reach them; some need their wires fixed with duct tape. These items are one of the things that pace the early game, and stop prisoners just steam-rolling the first set of objectives. After the fuses are on, you must power up the generators to access the escape vehicles, which then must be prepped for leaving by fuelling them up and either lowering it into the water or disabling the anti-air defences. I’ll let you figure out which one you do for which vehicle.

Graphically, the game isn’t anything special. Its colours are bleak and washed out, but it fits the mood of the game so that isn’t necessarily a bad thing. It combines well with the ambient music, both in moments of calm, and moments of a chase, to build a desolate and hopeless atmosphere. There are pretty big issues with rendering — sometimes when leaving buildings, the neighbouring structures would briefly pop out of existence and I could see through them. As well as this, sometimes the outer walls are not rendered all the way down upon map generation, and when combined with the fact that the floors do not have two-way rendering (more technically known as ‘back-face culling’), this means that walking on the outside lower platforms of the sea fortress (that are very easily accessible) means you can see through the entire building to exactly where the prisoners are. 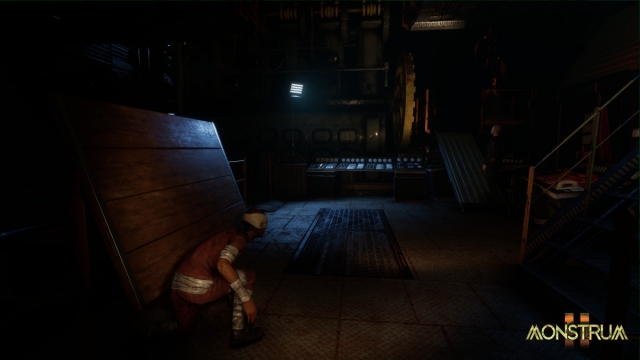 The issues I have noticed with this game lead me onto my next point; balance. As of writing, Junkfish has not got the balance nailed at all. To players who have played Monstrum, or players that are familiar with the tactics of other asymmetric horror games will quickly learn how painfully prisoner sided the game is. Having the same base speed as the monsters and no limits on jumping through windows, alongside the use of the elevators, essentially allows prisoners to infinitely give the monster the run-around. This is mitigated a bit by the match timer, but that in itself leads me to the other side of the coin.

Prisoners unfamiliar with the concept will get destroyed. Every time. Even if the monster is as equally clueless as the prisoners, and the time limit is a massive factor in this. To the point where it will be (and is) totally unfun for new players. I played across several nights with fellow staff members and we each played the monster in rotations. We never escaped —apart from one game where the monster deliberately didn’t attack, and even then the timer ran short. I got pretty close once, but the end-objectives are just completely impossible to do alone. New players are going to be insanely put off by how easily the monster can catch players out, and the pressure of the time limit means they don’t get time in-game to experiment with various tactics or learn the game properly.

As someone with experience playing the asymmetric horror genre, being able to play with people who did not have such experience meant I got to see both sides of this coin. Almost every match ended with myself as the sole survivor, in which I would just loop the monster indefinitely until the pressure of the time force-ended the game. It wasn’t fun for the prisoners, who would get caught out by the unforgiving nature of the monster’s instant kill, and the monster would get frustrated by being unable to fit its fat ass through a window I’d jumped through for the fifteenth time, and I would get frustrated because even if I won the chase, no matter how sneaky I was in actually doing the tasks, the timeout forced me into a game over anyway. 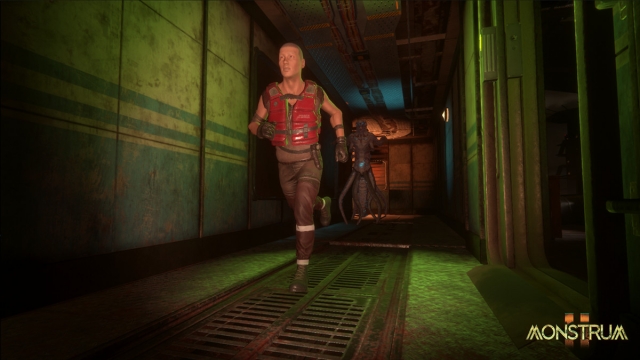 I’ll admit that making a game like this be balanced for all skill levels is a difficult task; as it stands, the game is well and utterly far from it. Ultimately, if you got a group of people with good (and equal) knowledge/skill regarding the game, the prisoners would win almost every time. There are just too many places where you can escape the monsters by moving through spaces that they can’t get through, and experienced players will know instantly where these will pop up in map generation.

Of the three monsters, the only one that might be able to combat this is the Bhagra, whose small size and leap ability allows it to follow the prisoners under small gaps and through windows, as well as catch up to it if the prisoner manages to get some distance. The issue with this is that currently, the Bhagra actually just gets caught all over various bits of geometry on the map, and don’t even think about using its ceiling-climbing ability in a chase unless you want to have a stress-induced heart attack when trying to go round a corner. 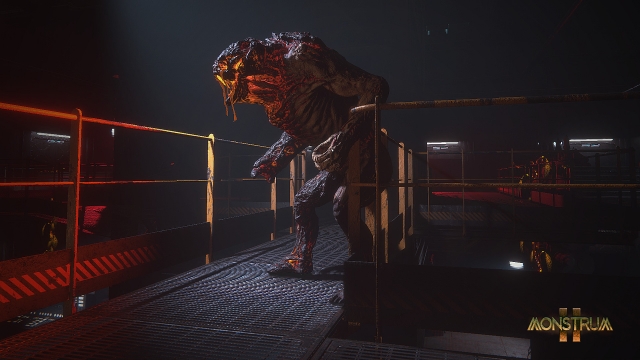 Monstrum 2 is a game that has a lot of potential. The concept is promising, and they clearly have a direction that I honestly believe could work. But as it stands currently, I can’t recommend purchasing this for Early Access. Many features need optimising, the whole concept needs to be thoroughly reworked regarding balance, and the player count foreshadows an already minuscule player base that is rapidly declining (which is wholly outside of the developers' control, obviously, but it still affects your experience of the game). Monstrum 2 is definitely worth keeping an eye on as its development process continues and as more attention is hopefully drawn to the game, but until then, the game is far too soon in its infancy to warrant buying.