Are you a fan of the hyper-specific “fallen into a coma and trapped in an MMORPG” videogame genre? Then Ni no Kuni: Cross Worlds is a game to keep on your radar. That’s right, it’s a videogame isekai. 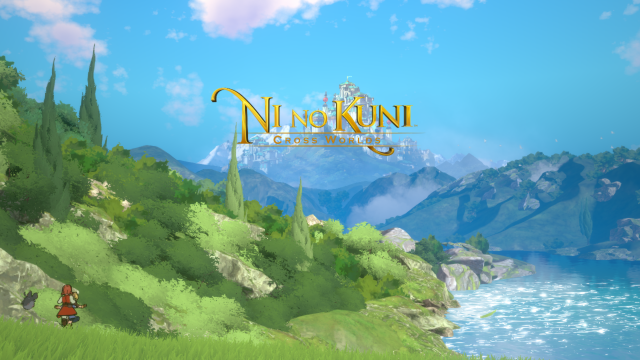 Ni no Kuni: Cross Worlds follows a customisable silent protagonist as they enter the world of Ni no Kuni while beta testing a full virtual reality MMORPG known as Soul Divers. Unfortunately for the protagonist and other beta testers, the corporation behind the game — Mirai Company — is quite literally extracting players’ souls from their bodies to put them into the world of Ni no Kuni and is experiencing some pretty big technical difficulties. Not gonna lie, if I lost my worldly consciousness during a beta test, I’d be pretty ticked off. 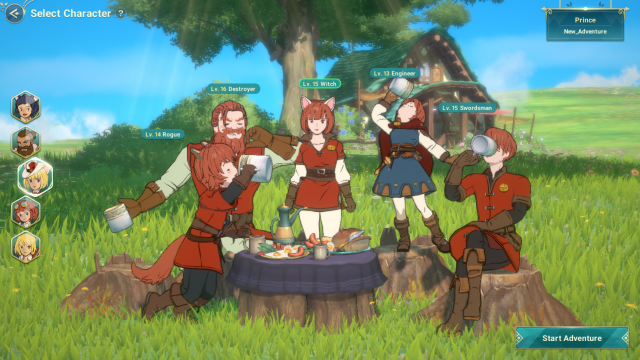 Moving on to gameplay, Ni no Kuni: Cross Worlds is the first in the Ni no Kuni series to let the player choose their class. There are five playable classes in the game: Rogue, Destroyer, Witch, Engineer, and Swordsman. Each class has differences relating to attack, support, dexterity, healing, and defence, along with differences in magic and weaponry. Classes don’t seem to affect quests and travel in any way.

Rogue: Working with arrows and ranged attacks, the Rogue class is perfect for players who prefer to keep their distance from enemies but still like to dirty their hands. That safety is not without faults, however. Rogues have no healing aside from items and their defence isn’t the best either. While characters are somewhat customisable, each class has a base character. Rogues are dog-like boys who stand at about half the height of the average NPC. 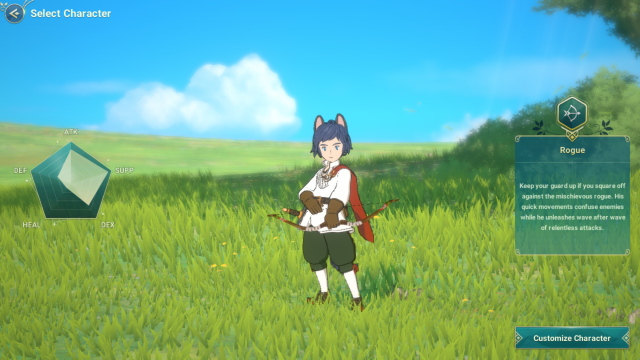 Destroyer: The exact opposite of the Rogue class when it comes to combat, Destroyers charge into battle directly, relying on their high defence and attack. Like Rogues, the Destroyer class lacks healing, only relying on in-game items. Destroyers are burly human men that resemble lumberjacks and are taller and wider than the majority of NPCs. 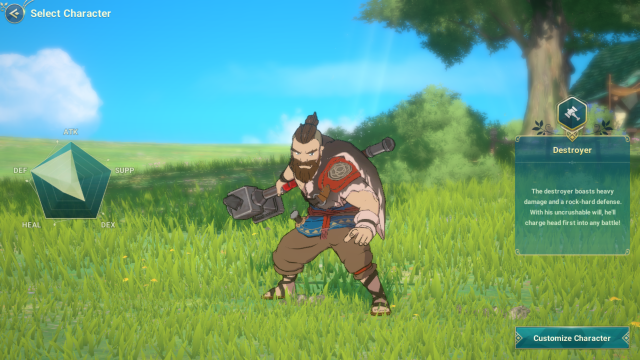 Witch: My personal favourite, the Witch class combines the best two things from the previous two: distance and strength. Typically standing a few feet away from hordes and working with a large range, Witches use flying spears to target their enemies and set off large bursts of magic attacks. They also have some healing, albeit not much, outside of items. Characters in the Witch class are cat-like women of average adult height. That’s right, Witches are catgirls. 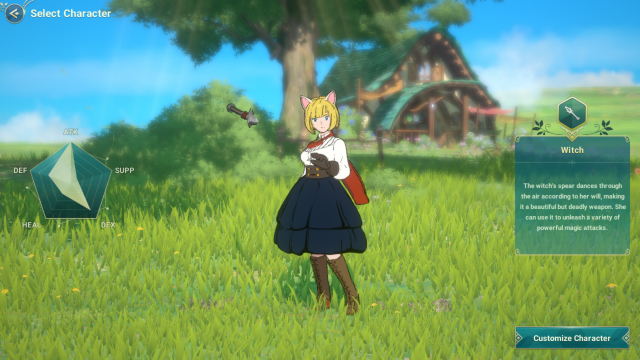 Engineer: The right choice for players who like to maintain their distance from enemies without getting their hands dirty, the Engineer class has somewhat low attack and dexterity, low support, no defence, but high healing stats. Working with a gun, some magic, and a crazy good healing spell, Engineers play the slow game in battle but end up relatively unscathed. The Engineer class are young human girls who, like Rogues, stand at around half the height of the average NPC. 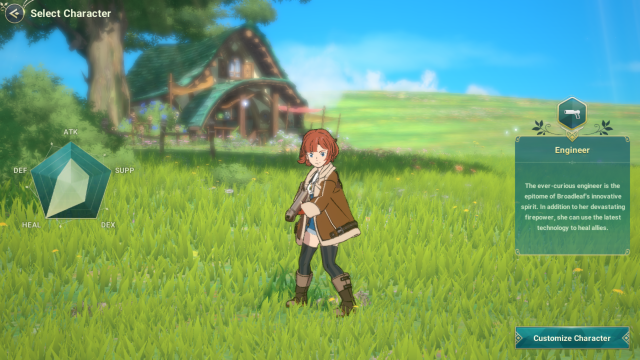 Swordsman: Acting as the average, the Swordsman class features high attack, defence, and dexterity. The downside is that, like the Rogue and Destroyer classes, Swordsmen have no healing. Characters in the Swordsman class are human men who stand at average height. 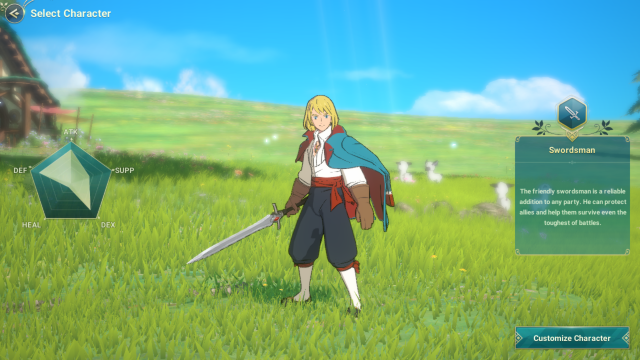 Fighting in the game is fairly simple, with the attack menu only consisting of one main attack and three to four special attacks and weapons being easy to equip and change. Enemies also rarely attack unless provoked, a nice feature for players who want to enjoy the nature of the open world they find themselves trapped in.

A unique feature of Ni no Kuni: Cross Worlds is that everything is automated by default. When the player clicks on a quest, their character (and party, if applicable) will automatically start running towards the goal destination while avoiding interacting with monsters or NPCs. Battle is also fully automated, with each class having its own AI. The player can still direct their character while in the automatic mode but the character will always continue on their predestined path after. This feature can, however, be turned off in the settings. 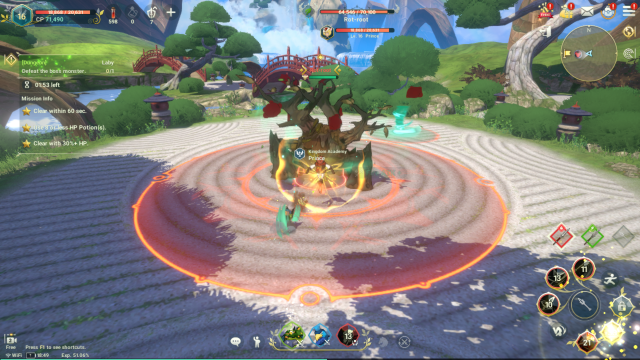 Ni no Kuni: Cross Worlds also features gacha-like elements, daily rewards, timed items and periods of waiting, the big D word (donations), and daily kingdom check-ins. Many items (chests, dye bundles, biscuits) are randomly decided once the player opens the item itself. Familiars can be hatched but the player has to wait for a timed period. The player’s kingdom requests donations and a daily sign-in to further improve the area. Along with these endeavours, the player can receive achievements and in-game items.

Overall, Ni no Kuni: Cross Worlds is a graphically beautiful game with an interesting premise but gameplay elements such as daily sign-ins, randomized items, and AI battle hold it back. With that said, I believe Ni no Kuni: Cross Worlds is an amazing game for casual gamers, busy people and workaholics (as this game is perfect to multitask with, something you can read about here), young and first-time gamers, anyone interested in daily gacha elements, and those looking for an MMORPG isekai game. I swear the last group of people exists. I know because I’m one of them. 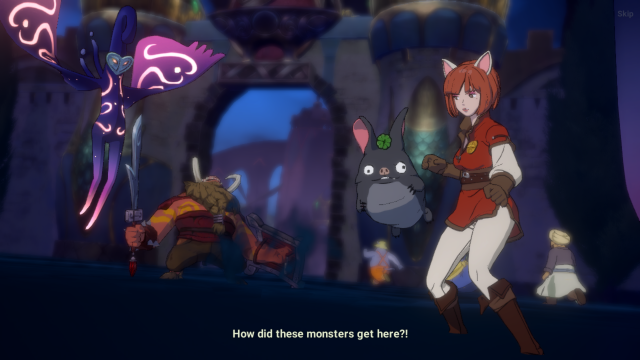 Ni no Kuni: Cross Worlds will be available on Android, iOS, and PC on 25th May.

How To Play Ni no Kuni: Cross Worlds via the PC Client

Ni no Kuni: Cross Worlds Has Replaced YouTube On My Second Monitor

This should affect people's credit scores

who's that fruity little number with the sword