Rustler is a top-down open world GTA-esque game that is available now via Kickstarter. The project has reached beyond its goal and has a total of 1400+ backers. I have been playing Rustler for the past week or two and have a few impressions on what it is, where it is going and where it could go moving forward.

As mentioned above, Rustler has you playing via a top-down perspective, similar to the old GTA games. While this title stands on its own two feet, I cannot help but feel that there is a ton of inspiration taken here from the old-style GTA games, and whilst this definitely isn’t a bad thing does it hold up in 2020? 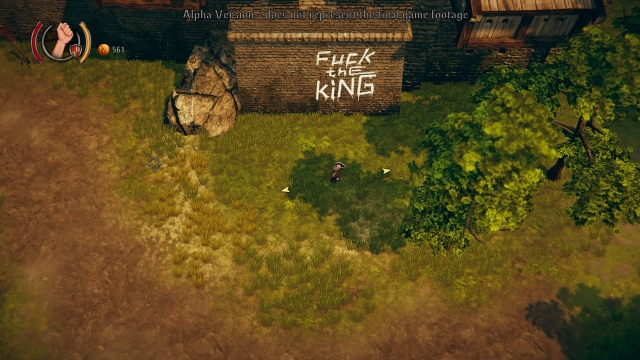 Whilst playing this title you will be dropped into a world that is based in medieval times. Upon starting the game, you immediately learn that the protagonist is an alcoholic and is also some kind of errand boy. You are given missions by various characters ranging from you beating a guy up, to stealing some alcohol. While some of these aspects do get tedious and boring this is definitely something that could and probably will change in the future. The missions in the game at this stage are quite similar to the old-style games that GTA fans love and adore. These range from fetch quests to full-on fight quests, each one having a different story to tell.

One of the biggest parts of Rustler are the horse mechanics. Basically, horses act extremely similar to cars in other top-down open-world games, although I found the controls for horses could be very fiddly at times and would often take me in a direction that I didn’t want to go in. That didn’t detract from the fun that was driving through the town on your horse evading authorities when you were drunk and trying to do the next mission. 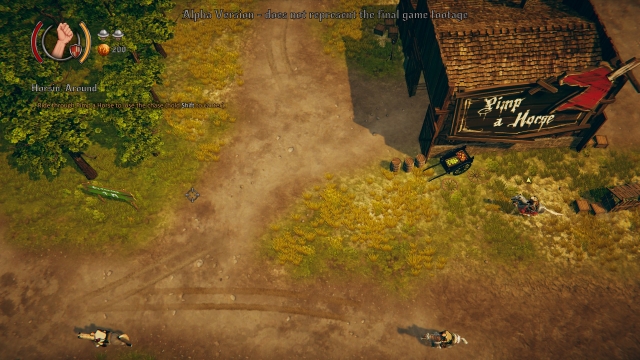 Authorities? Yes, you read that last part right, this wouldn’t be an open-world game if you didn’t have the authorities chasing you if you did anything wrong, would it? While you play and do bad things, authorities will chase you while you are riding your horse and trying to escape, and this system feels somewhat outdated, but it is still extremely fun to play and may be improved upon with future updates. One of the fun ways to escape the authorities is to ride your horse through essentially a pay and spray which in turn gives your horse a sweet new look and gets rid of your wanted level.

The map in this version of the game isn’t huge and mindblowing, in fact it isn’t very big at all. However, it works and from playing this title it makes the world feel better, like everyone knows each other. Another positive from the map being so small is that you will never see an NPC that is a duplicate of another NPC. I could have been extremely lucky, but nevertheless it’s still a great feature. There is going to be a bigger map at some point in development. On their Kickstarter page, the developers have stated that we are playing on one island and that there is going to be a second island added in later.