After five years since its last Sherlock Holmes release, Frogwares are returning back to adventure with everyone’s favourite posh detective. Having spent time away from the Sherlock Holmes series to work on The Sinking City, Frogwares go back, not only to its roots, but to those of the great detective himself.

Sherlock Holmes Chapter One follows Sherlock as a young, but assured detective visiting his childhood home of Cordona, in the mediterranean. Accompanied by childhood friend Jonathon, Holmes soon discovers that his peaceful homestead has an ugly conspiracy beneath its beautiful core.

In this preview, I got around six hours to play with Sherlock and Jon as they explored Cordona and a few of the games' opening main story missions. In addition, I was able to dabble into the game's side missions. Sherlock Holmes Chapter One is very happy to let a player flail as they work their way through any investigations. Frogware promised that the investigative side of the game would be open ended, and that is ever present throughout my experience with the game.

Immersion is the name of the game, with the player often left to their own devices as they figure out how to deal with the problems in front of them. Evidence can be missed, hindering the progress of your investigation. Not only that, players are also able to simply get it wrong. Missing evidence, or even settling on the wrong theory can see the wrong character banged behind bars. Sherlock’s beginning in the detective business isn’t supposed to be an easy ride, and the open-ended gameplay style helps accompany the growth of him, as well as the player.

Although Sherlock Holmes Chapter One refuses to guide the player directly to each checkpoint, it does provide plenty of tools to help the player figure out the solution. There’s a detective vision that allows you to scan a scene for any evidence, as well as giving information about any NPC in the game that is scanned. None of what you scan is confirmed to be of any use, it’s just something further to add to Sherlock’s casebook. From there, the player is able to start putting together a case to implicate who they think may be the dastardly criminal. Settling on a specific target doesn’t mean you’re correct either. Sherlock Holmes will allow you to continue through with the game despite a wrong suspect. At times, the game feels like learning to ride a bike without the stabilisers.

There is something of an information overload in Sherlock’s casebook. Pages are split into areas of interest, be that clues, quests, or even the diary of your friend Jon who notes things of interest about the way you play. At first glance the information will be a bit daunting, because after an hour or so you will have a lot, but there’s been a purposeful effort to make sure you have all the information you’ve found available to you. 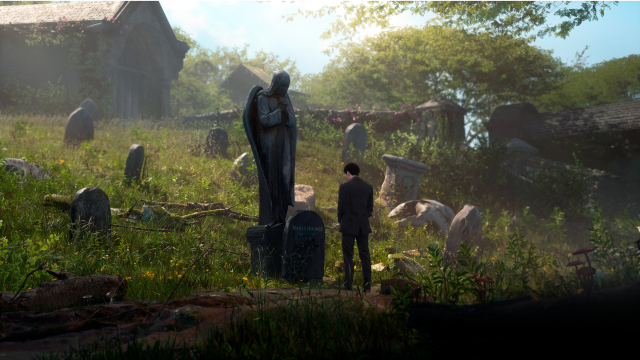 Having read some comments online about the state of the game's open world, Sherlock Holmes Chapter One is a fully open world game once you’re beyond the opening tutorial mission. It’s not massive, but it’s expansive enough for you to wander around and take in the sights or Cordona. There are side missions dotted around the open world, which you really have to look for in order to take part in. Often, your friend Jon will likely be the person to note an NPC requesting help. It was another system I was unsure about at first, but having spent more time in the city, it keeps things tidy. There seems to be a commitment to keep the game world clean for the player, rather than filling it with simple icons of things to do.

It allows for slower playstyles, which in turn lets the game breathe. From my time with the game, I never felt rushed to complete a certain quest. I was allowed to comb the areas of importance and really mull over my decision. With that, I was allowed to take in a lot of the fictitious world of Cordona. The pace of the game is purely for the player to dictate. Whether it’s a mad rush through the story or a leisurely stroll, you aren’t going to be told to play a different way.

Sherlock himself probably looks different to how we’d expect. Usually depicted as a more mature, wiser man, the world's most famous detective takes on a brash new look in this one. His cocky attitude and loud look are there to help build this narrative as more of an origin story. Bold but brilliant, it’s a fresh take on a character that has often fallen foul of repetition over the years. Throughout the game, you can jazz up Sherlock in new attires, with all of them feeling just as brazen as the last. 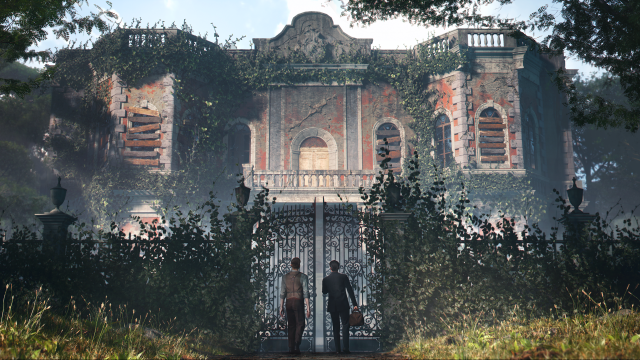 Although there were dips in performance, the game wasn’t particularly messy. Frogwares have confirmed fixes are coming for any issues, although I didn’t encounter any personally, as well as an improvement to game performance. With the game still a couple of months away, I wouldn’t be surprised to see them iron out any potential issues for new players in time for launch.

Sherlock Holmes Chapter One is a promising new world for a character who first arrived over a century ago. At heart, it seems to be an origin story for the character who has been stale for too long. I’m interested to see the direction the full release takes Sherlock and Jon on their journey.

Sherlock Holmes Chapter One releases later in 2021, with the game arriving across all current and last gen platforms, as well as for Windows.