I've never been exactly what you would call "cool". I was always the nerdy kid at school with their nose in a book and a level 12 paladin in Dungeons and Dragons. As a result, I can't do the kind of things that cool kids do like play POGs and drive those skating boards (that's what the youngsters do isn't it?) What I did do was play a lot of Tony Hawk's back in the day when it was still a good game. Since that series is past its prime, it's about time a new contender entered the fray: step forward SkateBIRD.

Unlike a "real" skateboarding simulator, this is a title that gives you the ability to play not as a fashionable teen, but as a cute little bird. It's somewhere between the Pro Skater series and Micro Machines. Your cute little feathered friend will be spinning their wheels across household objects on a makeshift desk-based skate park consisting of ramps across staplers, hole punches and rulers amongst others. There's also an outdoor skate park to look forward to thanks to the game's Kickstarter hitting its stretch goals, but that's not quite ready yet.

The adorable avian can be customised by choosing from various different accessories such as baseball caps and headphones, as well as by choosing the colour of the beautiful plumage that our protagonist sports. In addition to this, there are tonnes of different board designs to be chosen, and new bird breeds to be unlocked, including a Tiny Hawk as any lover of bird puns would hope for.

At this point in the game's development, many of the features aren't fully implemented so there are only so many tricks to be performed and no overall goal, but it's still a delightful little sandbox where you get to live your dreams of being a tiny bird with a backwards baseball cap and a funky looking skateboard. The physics engine is tight and the game controls as it ought to for the most part. There were a few odd quirks like getting stuck behind scenery and textures not displaying perfectly, but that's to be expected from an alpha build, it's very polished compared to many that I've seen. 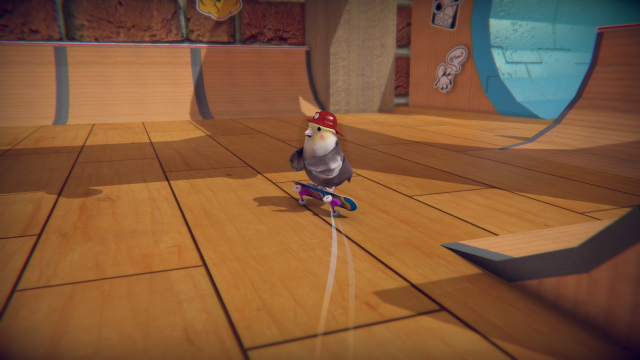 In the full version, you'll be able to meet a host of characters, with other birds coming to visit and hang out at the skate park, as well as take part in a story mode. The story mode will have a history of our hero with details of their rise to fame. It's also set to explore the story of "Thrusher Magazine", the in-game skating magazine exclusively for birds.

Whereas in the 90s and 2000s you would have expected a skating game to have a pumping rock and punk soundtrack, SkateBIRD takes a modern approach with a funky lo-fi hip-hop soundtrack. If you had to look up exactly what that means then you're not alone. Essentially, it's a smooth chilled out soundtrack with funky beats and fits the laid back attitude of the game perfectly. If that wasn't enough to calm you, then the fact that you can pet the bird should do! It's the most important function of any game with an animal in it and I can confirm that it will be appearing in this too. 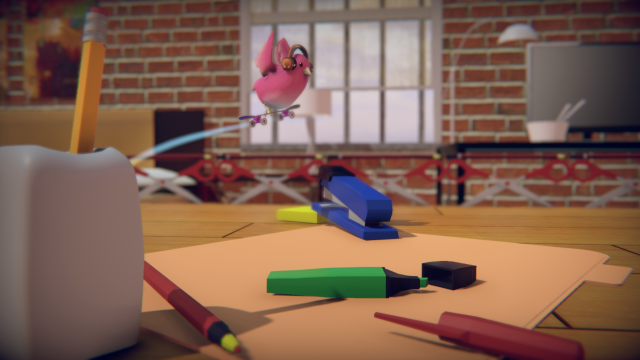 So far, there's only so much tangible to talk about with SkateBIRD, but there's loads to look forward to. It's due out in June 2020 for Windows, Mac, and Linux. There's a possibility of console ports but this hasn't been confirmed yet and may depend on the initial success, so keep an eye on GameGrin for more details as the title starts to take flight.