It’s well known that a small thing carrying a much larger thing is always cute. It’s why cats stealing their owners food is such an adorable sight. In much the same way, a mouse carrying a pocket knife or a vole wielding a disposable lighter is guaranteed to entice people into backing your Kickstarter. That’s exactly what happened when 2,398 people backed Small Saga, an RPG about mice adventuring through the everyday world of objects far larger than they are. I was one of those people, and here are my thoughts on the early build demo that I played.

If you were a fan of JRPGs in the 90s, you probably had a console, as the PC wasn’t known for them. If it had been though, I imagine they would have looked just like this game. With chunky but colourful pixel-art graphics, it feels like it would be at home running on one of those annoying slot-based Pentium III CPUs that lasted for all of a fortnight. At the moment, there’s not that much in the of backgrounds, but the characters and world are looking lovely so far. There’s a scene in a supermarket where the mice are seeking food and seeing pixelated versions of groceries towering above them is a charming sight. 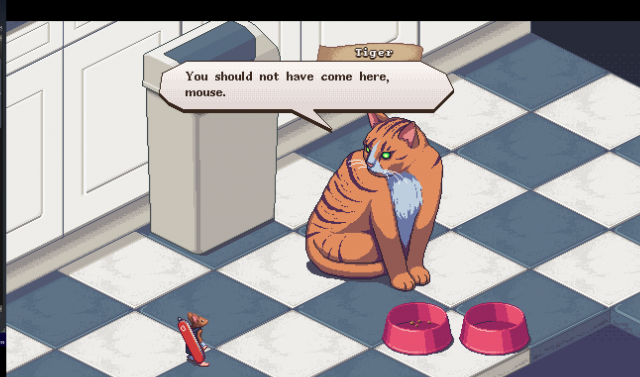 The game plays much like you would expect a traditional RPG game to. Turn-based combat is performed by selecting menu options, and different characters will have different attacks open to them. At the moment we only have an archer and a warrior, but there are many more classes expected in the final version, including spellcasters and healers.

This is a largely story-based game, and the demo is so far relatively short, so there wasn’t a huge amount to see in terms of mechanics, but there was one interesting twist on the traditional turn-based battles. It seems that you have a number of ability points to spend on actions. The more powerful the action, the more points are needed, and these regenerate at a rate of one per round. This means that you have to be savvy with which attacks you use or you might find yourself without enough points when you need to pull something out of your sleeve. Figuratively speaking that is, mice don’t have sleeves, they’re mice. 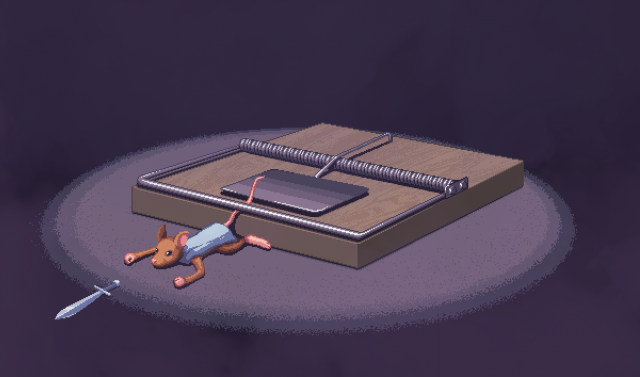 The action is accompanied by a stunning traditional score, albeit one that’s a little short at the moment in some places with noticeable looping. The demo comes with a soundtrack and a lot of the music doesn’t seem to be in the game just yet, but it sounds quaint and I can’t wait to hear it accompany a battle or a story scene.

Whilst there wasn’t a huge amount to see and do yet, what I have seen and done has made me look forward to this game even more. The characters are lovable, the graphics are bright and vivid, and the gameplay seems to be solid. It’s a nice spin on the genre and I can’t wait to see it get a full release in the future. If you fancy trying it yourself, there’s a demo available on itch.io at present, both in browser and downloadable format. 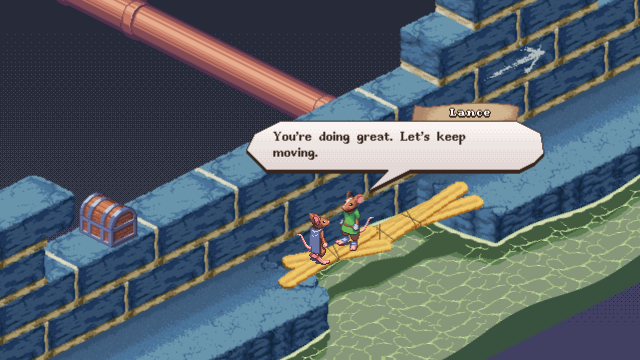