Starship Troopers Terran Command is a real-time strategy title set in the universe of Starship Troopers. Taking command of the Mobile Infantry, you’re thrust into the middle of eliminating the Arachnid threat. Set after the events of Klendathu in the movie, the demo has its action set on the planet of “Kwalasha”, a resource heavy planet that has mining installations critical to the war effort.

As a commander of the Mobile Infantry, you will naturally have a variety of units available. These range from your common infantry soldiers, to snipers, combat engineers equipped with flamethrowers, and many more. Your tactics, positioning, and forward planning will be key in handling the hordes of numerically superior Arachnid degenerates. 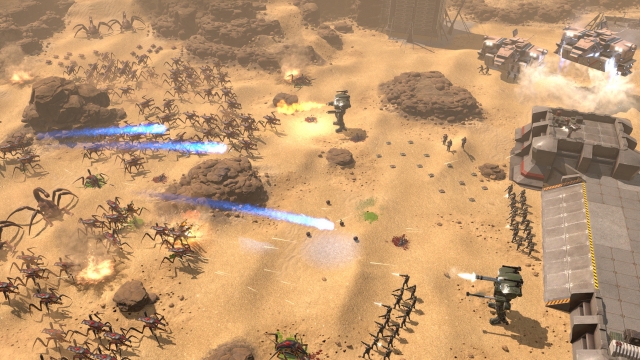 Terrain, elevation, and even squad line of sight have to be considered when planning your tactics to squash some pesky bugs. Your troopers will not fire through another squad of units if they’re blocking line of sight to the enemy, which was an aspect I found interesting. Whereas if you have the same two squads, but one elevated higher than the other, then there’s no blockage and they both can open fire.

The game provided a nice tutorial video too, explaining that the controls are very similar to what may be considered standard in the RTS genre. Grouping and selecting units was a breeze and it did not take long before I was able to micromanage multiple squads on the map with relative ease. 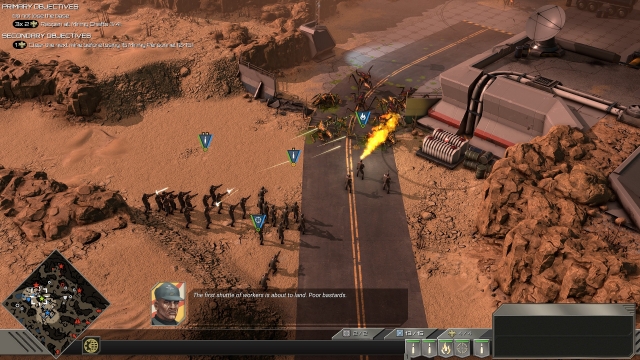 With three levels available to romp through in this demo, I enjoyed my experience eliminating as many bugs as I could. Each level had a decent cutscene introduction crafted in the style of the “FED NET” news bulletins from the movie, though I felt the music fell a little out of place and didn’t quite grasp the same emotions as those I had back when the movie was released.

There’s still quite some development time to be put into the title as we’re expecting this to hot drop around the tail end of March 2022, so changes are likely to occur. That being said, Starship Troopers Terran Command is certainly one to keep in mind and on your Steam wishlist.