For the last couple of days I have been checking out the STUFFED demo created by The Waving Bears which is currently available on Steam. You play as a stuffed bear toy who is in the dreams of his owner Ellie. You are trying to protect Ellie from the nightmare creatures who are trying to break down her door and get into her room. The game is a first person player vs. environment experience that will have local and online co-operative modes available once the full game comes out. So for now it is just you taking on waves of evil gnomes, rubber duckies, robots and creepy dark figures that are trying to open the bedroom door. The demo currently has a tutorial and Horde Mode available to try out, along with an assortment of different patterned furs and outfits to stylise your bear. Once the full game is released there will be a variety of different colours for the fur and outfits that you can unlock to make the bear your own. There is also a tab for weapons, created from household items and with awesome names that you can spend points on like a Planky McBang Bang, Coke Canon, Jelly Boom Boom and a Popcorn Grenade. There will also be a variety of colours options available for the weapons when the full game comes out. 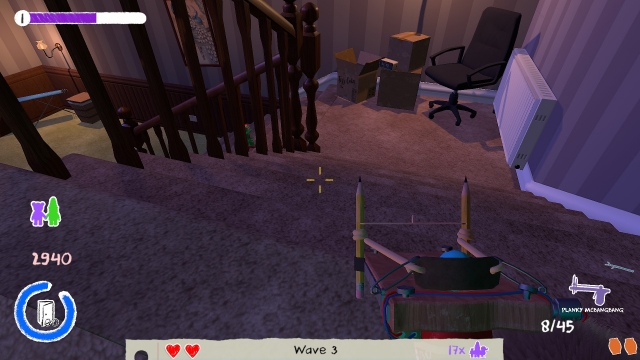 STUFFED looks great and the toys and environment look very realistic. The nightmare creatures are very creepy and truly feel like something you would see in a child's scary dreams. Or an adult's dream: I would be freaked out if I saw this too. Your bear can hold two weapons at once and you can easily switch to the other just by hitting Y on your controller. If you happen to run out of ammo, or if you want to ration what you have you can use a melee attack. There are boxes that contain portals placed throughout the level and will transport you around the house. Just be sure that the creatures aren’t attacking the door while you are gone. If you do find a nightmare creature attacking the door, once you defeat it a tool box will be dropped and you can use it to fix up the door again. 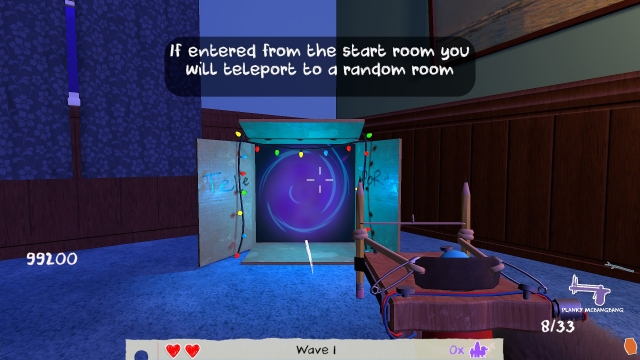 Just because you are a stuffed bear and you are fighting toys doesn’t mean this is going to be a super easy game. The gnomes are a lot tougher than you would expect, and the rubber duckies jump around and flap their wings to attack and evade you. There are spots in the rooms where ammo refills will be available so be sure to restock when you need. It’s pretty hard to take on the never ending waves of enemies if you aren’t properly equipped. As you defeat enemies your bear will level up and you will be able to choose a reward. You can choose perks like extra speed to make your bear move faster, carry more ammo, deal more damage to your enemies when you hit them. These will all help with your battle against the nightmares. Once you survive a night you will be transported to a new map, but you can always go back to the room you were in before if you need. 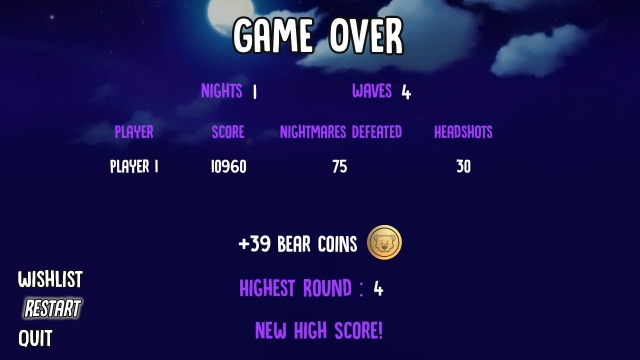 This game is a lot of fun and definitely challenging but I can’t wait to try out the full version when it is released. I think it will be a lot of fun to try playing the co-op mode and work with someone else to take all the gnomes and evil toys down. Plus being able to customise my bear to make it a rainbow tiger print would be pretty awesome!