Once again Steam's Next Fest is on featuring tons of demos to try out. There was one game that seemed different from the others and instantly caught my attention: Super UFO Fighter. I am a huge sucker for anything with pixel graphics and bright colours, so once I saw the trailer I knew that this was a title I had to check out. 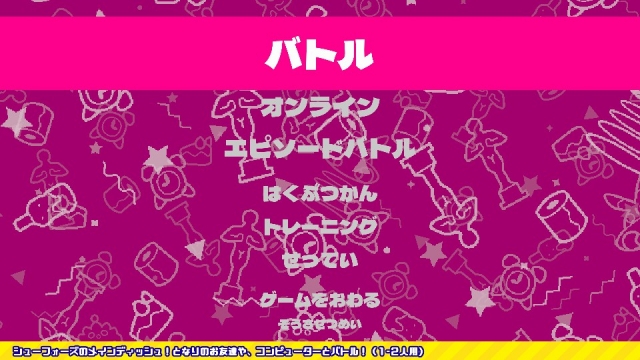 The first thing you will notice is that all the menus are in Japanese. This reminds me of when I would recommend Famicom games that you could play without having to learn a new language. Or if you really wanted to you could use the Google Image translator. Luckily it’s pretty straightforward, just click the top option and you will be asked if you want to play 1P vs 2P or against the computer if you don’t have a second player - I challenged the computer player for the first match. 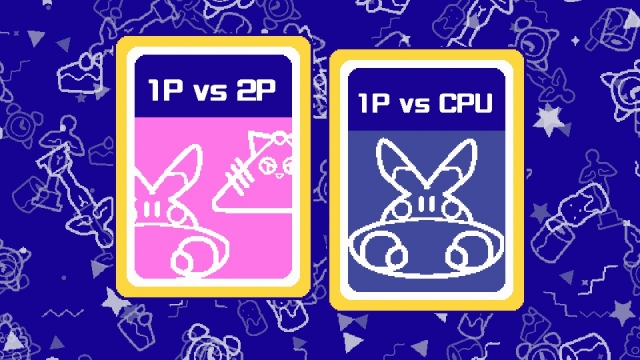 Select which stage you want to battle in, for the demo you have a choice between two options but I’m sure the full game will feature more. You then choose which character you want to be, in the demo there are three girls that all have different animal-themed UFOs. One is a cat head shape, the second a bunny and the third a little hedgehog. Once you have picked a character, you will also have to pick the character for your opponent if you are facing the computer. 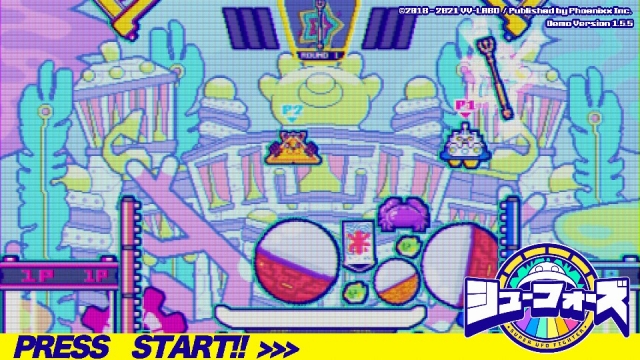 When you start the match you will notice gacha capsules from turn-crank prize machines falling from the top of the screen. Your UFO has to smash open these capsules and try to find the prize item that matches the one that is pictured in the middle of the screen. As soon as you find the matching prize you use your “shwoop beam” to pull it over to your goal and drop it in. While you are trying to do this, your opponent will be trying to use their beam to steal it away or just keep hitting you with the UFO’s arms. These “arms” are different for each UFO- the cat has music notes that will keep hitting you, the rabbit has two fists and the hedgehog has something that looks like tongs. Plus you get to contend with other capsules falling on your head along with other random items. 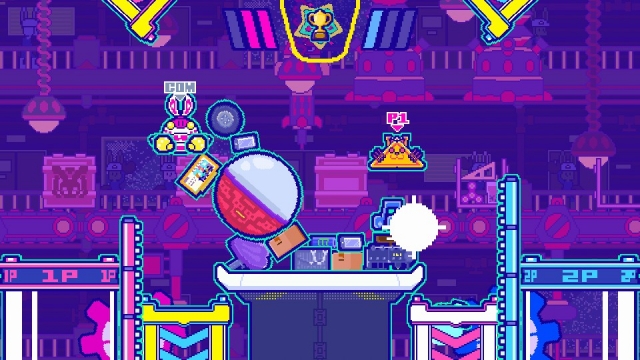 I do have to say that I love all the super cute items in the capsules. Little cats, rockets and even tiny Famicom games won my heart. The game is incredibly charming and adorable, while at the same time being crazy and super hectic. Super UFO Fighter gets very competitive when you are doing all you can to be the first to three wins! I can’t wait to try this other game with other players in person, I’m sure it will be a blast and involve a lot of yelling! Super UFO Fighter has a release date of 2021, so I’m hoping a date will be revealed soon because I will definitely be picking it up!