It’s hard to get excited about a new simulator title in the same way that you would one of the big triple A titles that get all of the usual headline space, due to the abundance of those that are generally less-than stellar in terms of gameplay which can be seen on a cursory YouTube search for simulator games. However, every once in a while a title manages to push through that barrier. Most notably, Euro Truck Simulator 2 holds something of a crown when it comes to simulator titles that have you driving around roads, and in part that’s down to how satisfying it is to play. The gameplay loop has the right balance of effort to reward and the driving is just downright enjoyable, even when you’re trying to reverse a 30 foot trailer in between two others. That’s all fine and well if you want to deliver goods. But what if you want to deliver passengers around a city? 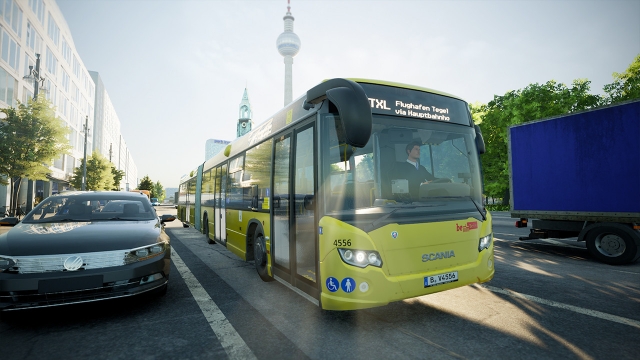 This is where The Bus pulls into the station. Set in the German capital of Berlin, you’re given a one-to-one replica of the city to drive around whilst carrying passengers to and from various places. This exact scale nature of the modelled Berlin gives The Bus additional gravitas to the task at hand, feeling more grounded in reality as a result, adding to the level of satisfaction needed for a simulator title to make it over that hill of mediocrity that plagues so many others. 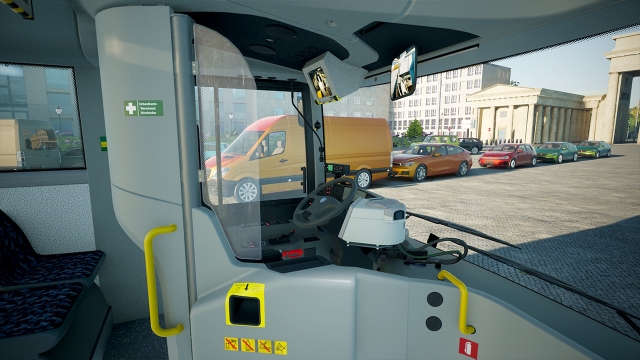 The driving feels suitably weighty in terms of driving a bus, and it jostles around as you go over various bumps and undulations in the road surface. Support for steering wheels is already in place despite being in early access, which is decidedly important in a simulation game about driving a bus. However, given that The Bus is in early access at present, there’s a limited number of routes and only a single vehicle to drive at the time of its early access release. If you’re looking for a fleshed out bus driving simulator, then The Bus is at present unlikely to be for you. TML-Studios waste no time in telling you this either, so buyer expectation is at the forefront of the title, so you know exactly what you’re getting.
Concentrating on one vehicle and limited routes at this point will lend itself well to development for TML-Studios, allowing them to tweak the finer details of driving a bus around Germany rather than going for sheer numbers at this point. And whilst the game ran well enough, further optimisation will come as the title matures which will have The Bus becoming the OMSI 2 competitor people have been waiting for.