Recently, I was given the chance to try out a small portion of an upcoming horror title from developer Supermassive Games and publisher 2K Games, The Quarry. Acting as a spiritual successor to Supermassive’s 2016 hit, Until Dawn, The Quarry follows another group of young adults as they attempt to survive a horrible night of monsters and frights. Only now, the setting is not some old family lodge on a snowy mountain top and the scared group are not old friends. Taking place at the beautiful Hackett’s Quarry — a classic summer camp complete with a large lake that no one is allowed to swim in unsupervised and rumours of terrible murders in the surrounding area — the title’s feature characters are a group of camp counsellors at the end of their summer jobs who wind up having to spend one last night at their beloved camp. But who’s to say whether their last night of summer will be their last night overall?

My preview covered roughly the end of Chapter 2 and the beginning of Chapter 3, so I quickly found myself disoriented and not entirely sure what was going on, but some strong character writing saved me from being too confused. I got to meet most of the central cast, quickly getting a good sense as to what each of their personalities were going to be at first. There are several classic character tropes on display, like the jockish jerkwad who will tell you plainly that he’s never considered asking what a girl thinks or wants in a relationship, the mild-mannered wallflower that seems thoughtful and shy but who also has practically no backbone and just goes with the motions, or the naturally charismatic leader who both loves to cause mischief but also knows when to take charge to keep her friends safe. Much like Until Dawn, these characters aren’t quite as simple as they appear, with deeper characterisation and motivations simmering under the surface, ready to come out with the right push.

Thankfully, these characters are exceedingly entertaining even before they reveal themselves to have more substance behind them, thanks to the writing, character modelling, and acting. Like Supermassive’s other hit horror titles, The Quarry seems to be chock full of big stars. I oftentimes feel like I live under a rock, so I probably have a skewed understanding of who’s popular in the current zeitgeist, but even I can recognise names like Brenda Song, Justice Smith, Ariel Winter, and Evan Evagora. The amazing powers of Wikipedia have informed me that I should also be impressed by other names and faces appearing in this title, but no matter what pedigree any given actor has here, I am deeply impressed by how natural everyone seemed in their roles. It was easy to get a sense as to who was who and what relationships existed, even without the context of the first chapter. There were a few moments where even that couldn’t keep me from being surprised by a given event, but never for any reasons other than the fact that I was missing that opening context. 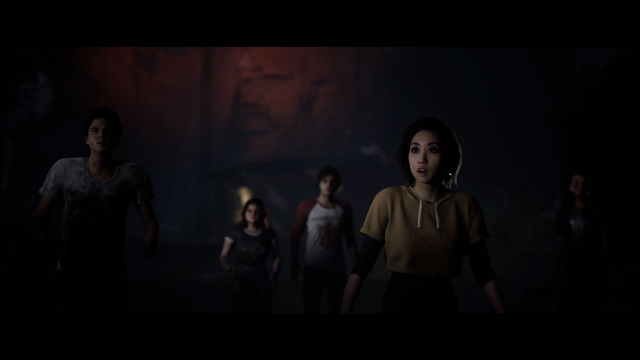 Still, even without that context, I was still on the edge of my seat in my first playthrough. The Quarry does an excellent job of quickly setting a properly frightening tone for its more frightening moments and I was frequently too scared to make any real progress. That might sound bad, but I am a scaredy cat at heart and managed to get through the experience anyways, so I’m more than willing to take that as a positive. Despite how tense I was, I didn’t have too much trouble completing the various quick time events that the game threw at me, though I suspect these will only get faster and more difficult to complete as the story moves forward. I was particularly glad to see that the “Don’t Move” segments from Until Dawn have more of a faithful successor here when the player is asked to hold their breath by holding down a given button and needing to release at just the right time. It’s not quite as technologically impressive, but that’s an easy price to pay in exchange for being able to play the game on multiple platforms.

If the quick time events prove impossible or too difficult for a given player however, The Quarry offers a multitude of accessibility options that allow the player to tailor the game to their own needs and tastes. These options include, but aren’t limited to: adjusting the time needed to complete certain tasks, simplifying other tasks, auto-completing a given type of quick time event, enlarging and changing the colour of subtitles, and making widespread visual changes for several types of colour blindness. It’s nice to see this sort of care and attention spent on opening the title to as many people as possible.

That same care and attention was also undeniably present in the visuals. I don’t even know what I should be mentioning here because every environment that I saw looked incredibly realistic! Even the lighting and the water in the lake were top notch. The models never looked out of place, including the horrifying monster that I couldn’t get a good look at as it chased down and attacked the camp counsellors. I found it very easy to engage with The Quarry and suspend any disbelief, partly due to just how beautiful it all looked. 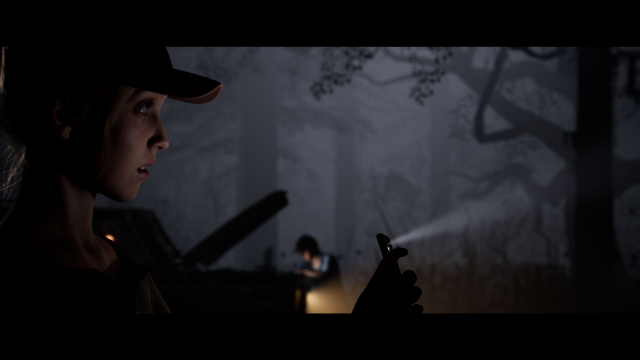 Another element that helped both with that suspension of disbelief and with the impeccable tone building was the soundtrack and sound effects. With the soundtrack, there were actually two options: one with licensed music and one that was more streamer friendly, taking out the licensed tracks so the streamers won’t get into any trouble. Between the two, I definitely preferred the former, as that music never got in the way of the events on screen, only adding to tone or characterisation. It seemed like the only times that I was being drawn to the lyrics were in the quiet moments where I was expected to reflect on a given character’s mental state.

Lastly, I want to go over some of the choices I had access to, though I don’t want to spoil too much of the game’s plotline. Again, I had some difficulty with how I didn’t have access to the first chapter, but that only led to me scratching my head during one choice where I did not know the significance of a given item that I either had to save or abandon in exchange for chasing after a screaming friend. I made an effort to pick different choices on two subsequent runs, but I still didn’t find every option available to me. Even so, I saw a range of differences available. Some choices were a bit on the disappointing end, but not too many. Most of the time, I found myself in significantly different positions depending on what I chose to focus on, including a rather sweet scene locked behind choosing not to kiss someone and two different clues to one of The Quarry’s central mysteries hidden behind my decision to either shoot somebody or leave them be.

I even got a glimpse at the odd first-person character interactions that traditionally happen between each chapter of a Supermassive game. An old woman who seemed to be living in an old shack spoke to me about a Tarot card I had supposedly picked up before the preview began, offering me a simple reading and the choice of whether or not I wanted to witness a glimpse of the future. I was expecting some sort of jump scare, but she only showed me a strange premonition. I do personally hope that these inter-chapter meetings have the ability to go on for a little longer and interact a bit more with the overall plot, but this too helped with the tone. I also wish I could have seen what she had to say about the two Tarot cards I picked up in Chapter 3, but the preview was over before I could reach that point. 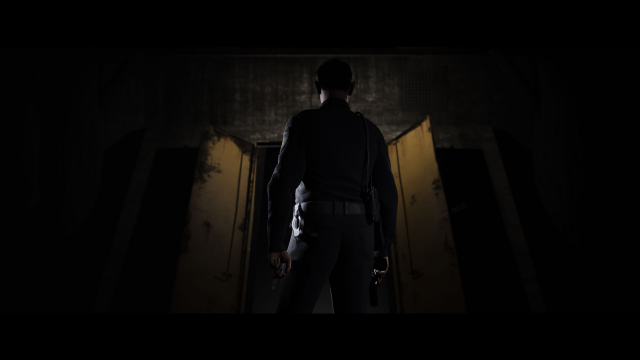 By the end, I was deeply engrossed in the experience, wanting to give this preview just another few attempts to see everything that The Quarry had to offer. But now, I feel like I should try to be patient and wait for the game’s release on the 10th of June for Windows, PlayStation 4, PlayStation 5, Xbox One, and Xbox Series X|S. The mysteries this game has in store can’t wait to meet you…