When looking at the gamescom 2020 trailer for Toodee and Topdee from Dietzribi, it immediately caught my eye as something that could really be unique. There is currently a demo on Steam for Toodee and Topdee that takes around 40-50 minutes to complete, but in that short amount of time, it’s already showing some interesting ideas as a platformer/puzzle game.

As you begin the demo, you get introduced into this bizarre universe where a being named ALEPH creates a universe with a magical, ahem, semicolon in the centre of it. After creating life on the first planet, and in turn creating our first hero Toodee, ALEPH’s universe gets attacked by glitches - causing him to make Toodoo to help keep things organised until the universe is complete. When creating the second planet, ALEPH also created the second hero Topdee, but it’s not shown what the other planets contain. As ALEPH reaches the final planet to create life, Toodoo realizes that once this planet is complete, he will no longer be needed - causing him to delay the process by stealing the magical semicolon which combines all the planets together. Once everything comes to, Toodee and Topdee meet for the first time with their worlds collided as a glitch appears and tells them that the semicolon has been stolen and it's up to them to find it. 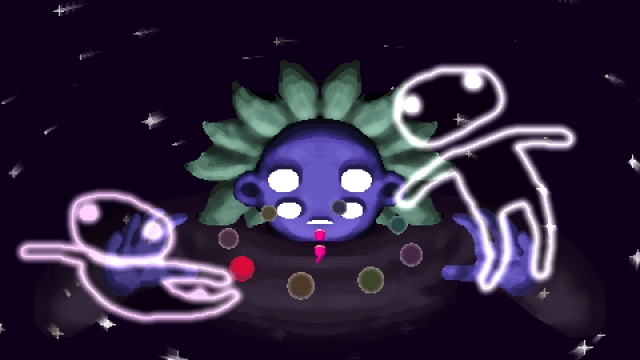 Toodee specializes in platforming while Topdee helps with top-down puzzles by moving around boxes, both are controlled with the arrow keys and Z to jump. When using Toodee the game functions as a traditional 2D-platformer, but switching with the spacebar to Topdee, the perspective changes and what was the background of Toodee’s world is now the floor of Topdee’s. Whenever the switch occurs the other character is frozen in place, which you can use to your advantage. For example, when a platform is out of reach for Toodee, you can switch to Topdee and place a box under Toodee as he is about to land so when you switch back you will land on the box and can make your jump from a closer range. The goal of each level is to have both Toodee and Topdee make it to the portal to reach the next one.

As you proceed through the game, new obstacles/hazards such as water, spikes, keys, locks and even pigs are introduced and utilised in really creative ways. In Toodee’s world, the water flows out from a showerhead but when switching perspectives to top-down with Topdee, the showerhead becomes a drain and removes the water from the stage entirely. Pigs are restricted to moving back and forth on a platform similar to most 2D-platformer enemies, but since Topdee is a flat level, the pigs are able to run freely until you switch back to Toodee where they will drop in place. The demo ends with an interaction of what would be the first boss in the game, but you are unable to fight it as it tells you to add the game to your wish list and wait for the full release, which I definitely will. 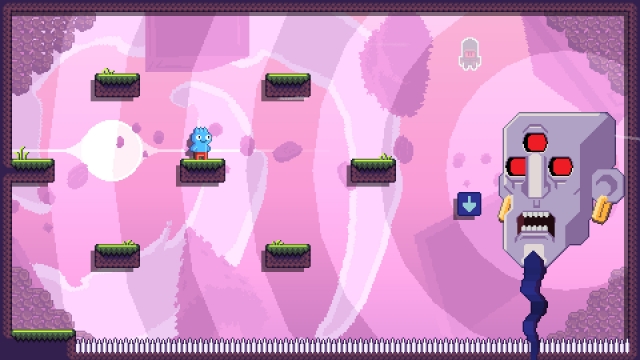 Toodee and Topdee already demonstrates some exciting ideas within the short amount of gameplay that is available. The puzzles had a couple of head-scratching moments, the music is great and the visuals/animations are delightful especially considering this is just two guys! I had a good feeling about this game once I saw the trailer, but after playing, I’m absolutely looking forward to more (adds to wish list).