I’ll be honest, I picked this game up because the name sounded like Urban Strike, the classic helicopter strategy game from EA. Urban Strife is nothing like that game at all, but it is a really solid strategy title, just a turn-based one rather than a shooty shooty helicopter one.

The game sees you as one of the last survivors of a zombie apocalypse, and your mission is to survive and help the town of Urban flourish amongst this bleak backdrop. Along the way you’ll meet new friends and enemies, find various different pieces of debris from the formerly living world, and shoot a lot of zombies.

Published by Microprose, Urban Strife is currently set for a 2022 release, with the demo on Steam giving a small portion of the final game. What we have so far though looks super polished, with stylish graphics and some good animation. The voice acting that is in place at the moment is very good too, with believable and realistic-sounding conversations. There are a few rather stereotypical sounding accents, but nothing that made me want to stop playing. Having said that, the token Asian character’s cartoon-like language mangling is bordering on offensive at this point so I’d hope that will be changed up a bit before release. 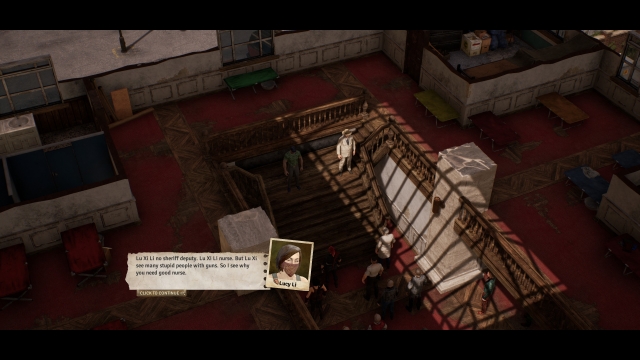 Combat is a little bit on the complex side, with your turn and shot counters not always immediately obvious, and the pass turn button seems to be unlabeled at present. You can choose specific areas of the body to shoot at, such as aiming for the head for more damage, but this is a risk as the higher damage areas give a greater chance of missing. Distance affects your shots too, with different weapons having different ranges and thus better damage comes from being within optimal range. The complexity makes for a bit of a steep learning curve, but it’s very satisfying when you get the hang of it. 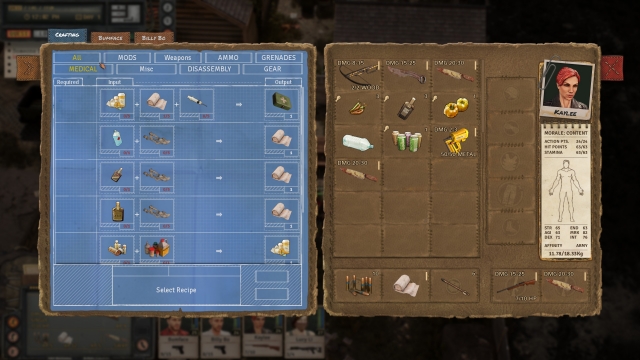 In addition to beating up other townsfolk and stealing their supplies, you can also negotiate, with a number of diplomacy options available as well. This helps to give the game a much grander feel than your run-of-the mill strategy title, adding elements of games like Civilization. There’s a huge crafting system too that allows you to create the tools and sustenance that you’ll need to survive out there.

If you like a good story-based tactical game then this is a great title to pick up and try during the Steam Next Fest where the free demo is available for a limited time. I’m glad I did, and will be looking forward to seeing this come out sometime in 2022. 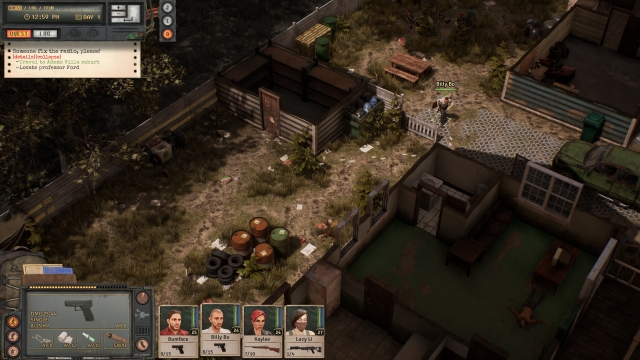