Disclaimer: This preview will contain brief spoilers for Wasteland 2.

Zip up your big coats chaps, we’re about to dive into the frostiest post-apocalypse game yet. Having left the scorching Arizona from Wasteland 2 for the brutal winter of Colorado, Wasteland 3 is set to be an adventure not to be missed. The squad-based, role-playing game aims to improve on its 2015 predecessor, Wasteland 2. Having raised over $3 million in crowdfunding, there is a lot of pressure on Wasteland 3 to not just deliver but to improve on a predecessor that was highly praised upon its initial release.

The series’ newest game is set after the ending of Wasteland 2, with the Desert Rangers looking to re-establish their base of operations. The Patriarch, the apparent leader of the region of Colorado, extends them a helping hand. In exchange for helping keep his empire from falling apart, he will lend the Desert Rangers the resources to rebuild. The player must lead their Desert Ranger squad (and friends) into rounding up The Patriarch’s rogue children - Valor, Liberty and Victory. 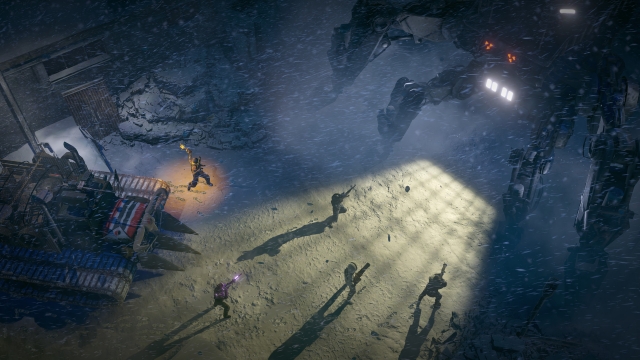 Wasteland 3 remains faithful to the previous games’ overhead formula. There hasn’t been a complete overhaul to the previous installment into the series, not in the traditional sense. A lot of small changes have been made to help increase the enjoyability of the game. Rather than completely re-working the whole system, InXile appears to be focused on improving minor gameplay and combat details. Thankfully, those changes aren’t going to isolate the more ‘purist’ section of the fanbase.

The biggest (and most obvious) change is the new addition of vehicles. It adds a new dynamic to combat and can completely shuffle your tactical approach. It also allows the player to blast through any stray objects on the battlefield. The vehicles addition has been helped due to the personality it has been given. This isn’t a random idea thrown into a game just for the sake of saying there is more. InXile added something and ensured it didn’t contradict the tone of Wasteland 3, and that’s a running theme with the other changes they’ve been making as well.

The combat is a lot more intuitive this time around. InXile has made some great quality of life changes, without sacrificing the difficulty found in Wasteland 2. A noticeable change is the ability to change which party member you are controlling during the ‘attack’ phase of combat. It allows the player to be a lot more adaptive with their strategy. If things start to go wrong, the option to actually change your strategy on the fly will hopefully prevent things from becoming too frustrating. The game will now also automatically detect which party member is most suitable for certain skill checks. Rather than selecting a specific character to complete a task (lock picking, hacking, etc), it will just send the most appropriate party member forward for you. Another example of some of the little things InXile has done to streamline the ‘quieter’ parts of the game. 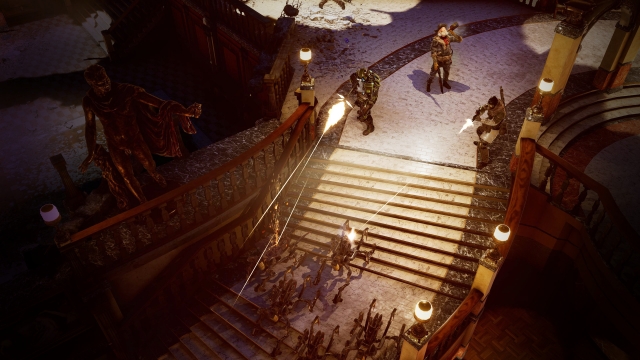 InXile founder, Brian Fargo has confirmed the game had more than double the budget than Wasteland 2. It shows, not just in the upgraded visuals, but in the voice acting as well. There’s a lot more voiced dialogue in Wasteland 3 and there’s quality to it as well. Everything flows a bit better and the character interactions are all a lot more natural than that of the previous game. With a lot of long stretches of dialogue, it seems InXile is trying to present this in a more natural tone to the player. It seems a lot of focus has been placed on filing down some of the rough edges that came with Wasteland 2, rather than simply over-burdening the game with new features. The improvement in production quality is an obvious one and will likely make the game more approachable for those who would have previously avoided it.

Setting out to improve and expand upon everything its predecessor did, Wasteland 3 is gearing up to be the series’ finest game yet. Loyal enough to the series roots that old fans won’t feel isolated, InXile is working hard to make Wasteland 3 more accessible to wider audiences. Those who have been waiting years for a post-apocalyptic RPG to quench their thirst, may not have to wait much longer.

Wasteland 3 will be available on PC, PS4 and Xbox One on May 19th.