Accel World VS Sword Art Online is an action RPG and is published by Bandai Namco. Reki Kawahara is the creator for both of these series and played a part in making this game and, this title is available on PlayStation 4 and PlayStation Vita. 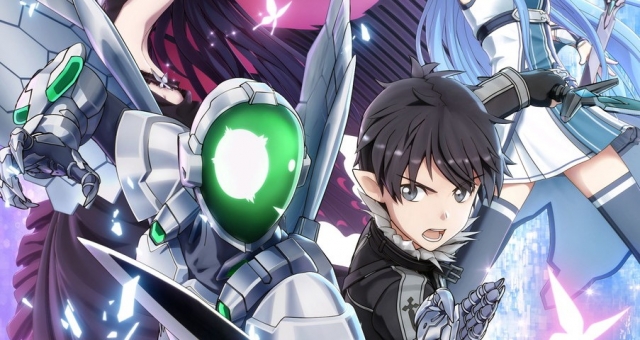 First off, let's talk about this title's story as that is arguably the biggest part of any videogame. This was tricky for me with this game, as I have not watched any of the anime associated with the game. There are no major cutscenes, and this is good if you are a die hard fan of the series but if however you are like me, a newcomer to the franchise, then you will have no idea who the characters are and what series they are from. Here is the basic concept that I gathered from my time. You play as Asuma, Kirito and Yui. Who are in a online MMO called Alfheim Online and the main antagonist is trying to destroy it.

The story was interesting enough that it made me want to watch the whole of Sword Art Online season one. The main downside that I found to the story was that the whole game’s audio was in Japanese. There are English subtitles but I couldn't get drawn into the story when I had to read subtitles. This is a personal problem and maybe some people don't mind subtitles but this was a minor issue for me. The story is enjoyable although it was hard getting into without knowing any of the characters or their backgrounds I still found myself enjoying what's here. 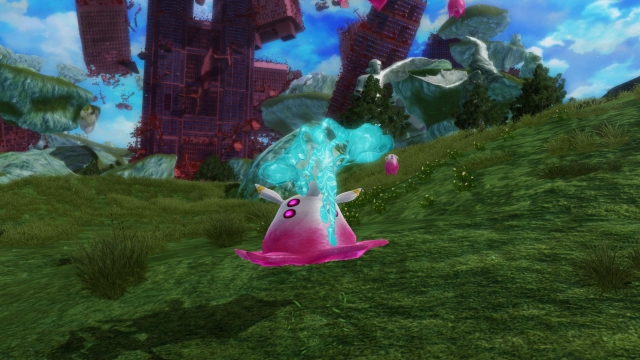 Gameplay is similar to the previous Sword Art Online games, for the characters that belong to that franchise. however characters that come from Accel World are very different, this forces you to change your gameplay when you play as Kirito you are nimble, fast and very offensive. Whereas when you play as someone from Accel World you can't fly, you are very slow and it just feels very different especially when most enemies can fly, so they hammer you from above. Accel World VS Sword Art Online is an RPG and no RPG would be complete without pointless quests. This game offers plenty in that department, while these quests do offer some story, the stuff you do on them is stupid and annoying.

Another downside is that all the enemies are very similar. I went into one area and saw a enemy only to go to the next area to see that all of them are the same as the previous area except they are a different colour. This wasn't just the case for one enemy this happened quite a lot and was disappointing as there wasn't much variety in their attacks or moves.

The visuals in this game make it look like a early PlayStation 3 era game, textures are bad, characters look awful and there aren't a whole lot of variety in locations and environments. As mentioned above all of the enemies look very similar with different colours. It also looks very similar to the other Sword Art Online games but with little changes. The environments are also very forgettable and bland and this is a missed opportunity considering what they could have done with the title. 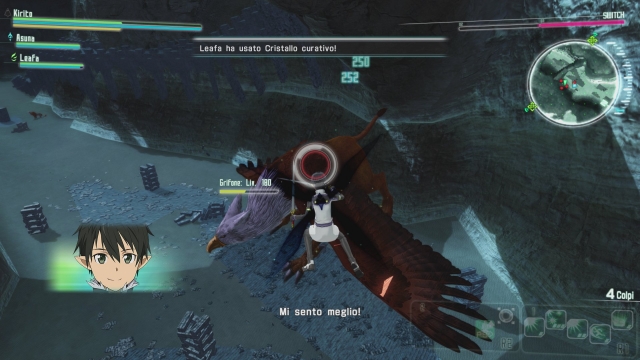 The audio is nice with some anime style music that does the series justice, it feels like if this game was the anime this style would be ok and fits the series. It has some epic sounds when you are battling against enemies, when you are just traversing the hub world it also sounds nice. However there was nothing that sets it apart, and makes me think, hey that music was awesome.

There is multiplayer that's available and is unlockable after progressing through a certain part of the story. The multiplayer is fun and adds huge replayability value , you can either team up to defeat bosses together, this can also be done in solo or you can play the battle mode where you can either play one on one duels or four vs four battles. I found that the four vs four mode was more fun than the solo duel mode. The bosses were fun to play against though. I sucked at it in solo mode but when I played cooperatively it was much more fun.

The story is fun and is one any veteran or newbie of this series will enjoy. The multiplayer adds lots of fun to the title and adds so much more time to the game if you enjoy it. The environments are bland and boring but overall this game is worth picking up just for the story alone.

I'm proud to be a diehard SAO fan. Glad to hear this game is decent! 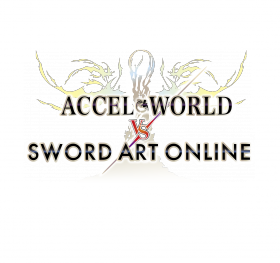