In the simplest terms, Amphora is about two friends as they grow up together; except one of them is an entity which exists in a pot. You control an ethereal being inside the titular amphora (an ancient style of ceramic urn with a lid), having to solve puzzles at various points in your friend’s life.

The art style is very much the centerpiece of this whole package, with little fine detail to speak of and lots of black met with bright colours for the important parts. Each puzzle is a separate level, in its own contained screen/screen-and-a-half worth of space, and they have done a great job of making each one look unique. 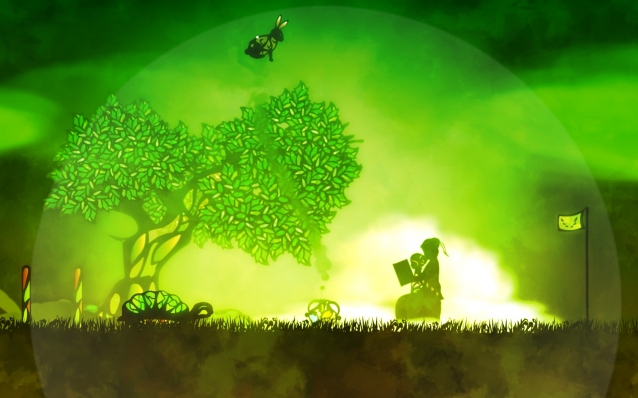 It’s difficult to explain the puzzles without spoiling them, and I want to avoid that especially as I found them very fun to solve. They use physics very well and some really make you think outside the cube-shaped object conveyance. Sadly, I managed to finish them all within two hours, which left me wanting more.

As the Amphora Spirit, as I liked to think of it, you can move certain objects that are within your area of effect - you have a circle area around the amphora, the edges of which your ethereal hand can’t do anything. You can attach lines to things, cut those lines and move things. It might be a teddy bear, it could be a knife or a fish - you’re never explicitly told what you need to do, or what you need to do it to. Just know that it revolves around the silent main character - who isn’t the protagonist. 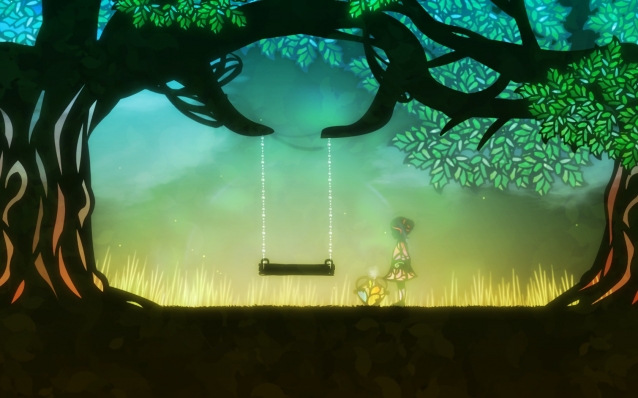 There are no words between the menu and the outro, just the life of a little girl who grows up to be a devoted girlfriend - in feudal Japan. The story is told solely through what is going on in the levels, of someone wanting to go somewhere or love at first sight for example. For a story told across two hours without text or dialogue, it is basic but very interesting. I found myself rooting for the protagonist even as I helped her out by solving the puzzles. Each can be approached in different ways leaving room for replayability, though there won’t be much of it. There are no leaderboards and there won’t be any additional levels, unless developer Moondrop create some DLC.

I managed to complete Amphora in exactly two hours, across two sittings. It would be possible to finish it faster, though I didn’t have a lot of trouble or require many attempts to finish each level. The main thing is, the puzzles are fun and the story they tell is warm and entertaining. The only down side to this entire game is the length of it, I cannot stress that enough. It’s currently on Steam for £9.99, and it comes with Steam Achievements. It’s definitely not badly priced for the entertainment value. 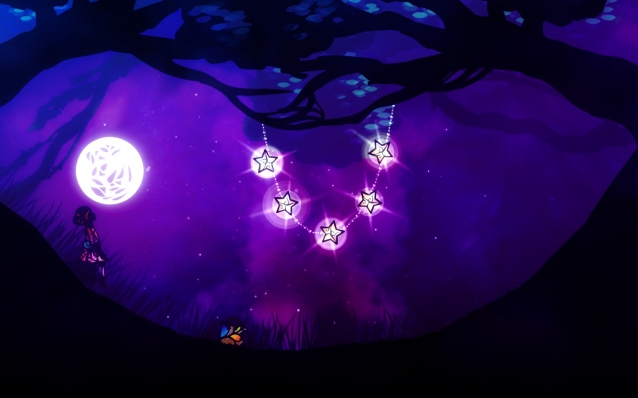 And entertainment is where this game shines - it’s hard to describe exactly how much I enjoyed this title. I had plenty of times where I was stuck, and the lack of an imposed time limit allowed me to think it through from every angle. And often, the simplest answer is the best. Everything from the puzzles and graphics down to the particle effects and music make this a very enjoyable experience.

The game is short, but the art is excellent, the use of physics in the puzzles is perfect and the story is fantastic. 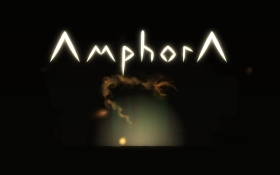