No fantastic introduction for this one, no story or an epic tale of what me and my friends did. Mostly because my friends refused to purchase the DLC; which is fair enough. After all, a DLC for an Early Access game isn’t exactly the most appealing thing on the market and for the rather high price of £14.99 it does raise a few questions as to what exactly they were thinking.

Scorched Earth is a DLC for the game Ark: Survival Evolved, which throws you head first into an intense survival game filled with dinosaurs and creatures from myth and legend. You have to craft, fight and even tame the wilderness in order to survive and stand a chance against the harsh and brutal conditions of the Ark. A variety of weapons and beasts are at your disposal as you attempt to climb your way to the top to become the Alpha tribe as it is so affectionately known. You can not achieve this without friends and you will sure as hell make enemies along the way. 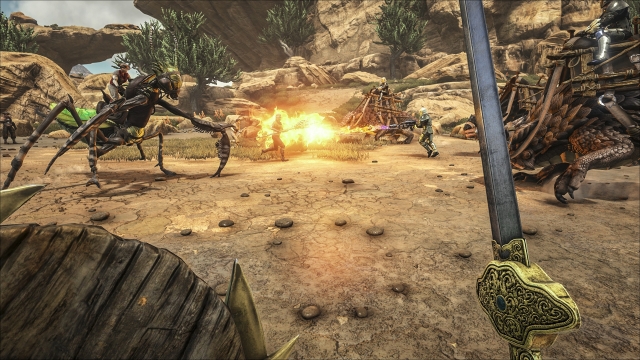 Scorched Earth is not set within the lush forests and cold climate of the main game, being focused in a large sprawling desert filled with the occasional oasis. Danger could lurk around every corner but instead it is often right in front of you and you won’t see it until it is too late. With the huge variety of new creatures there is of course going to be ones that are capable of stomping you into the ground and one of those is most certainly the rock golem. Far from the dinosaurs we are used to seeing, the rock golem is a chunk of living stone that towers above players and often disguises itself as a mineable boulder. Running away from this creature won’t save you as more often than not it will throw rocks larger than you in an effort to try and kill you. These creatures are tamable and make great guards and living siege engines but as with everything it is slightly tiered as to how you tame them. You are required to tame certain things before hand in order to tame these. Atop of that, there is only a tiny spot where you can hit in order to knock them out so you can tame them.

I should have mentioned previously, but I often play PvE on Ark and on private friend-only servers as I do find the offline raiding to be rather bothersome. With new creatures like the legendary Wyvern running around it is hard to avoid getting raided whilst you are offline and it is somewhat annoying for when you log back on and find your entire tribe’s home in tattered ruins. All those hours of hard work gone in the blink of an eye as for some inexplicable reason an alpha tribe wanted your low tier gear. This happened to me multiple times within the last year, whilst there have been claims that something has been done to improve this I highly doubt that any company would be able to fully deal with something so rampant in all games as offline raiding. 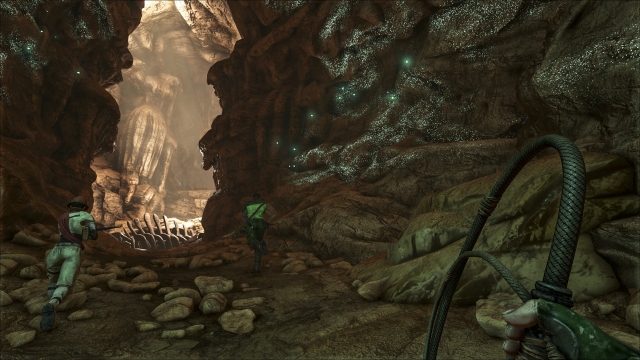 This DLC, unlike the base game does feel like it has an end game however. There reaches a point where you have achieved everything you possibly can and have explored the map to the fullest extent. You can take your items over to the standard world, but not the other way around and so now even without the DLC you can find your settlement besieged by rock golems and wyvern, furthering the imbalance often found in the base game as alpha tribes now have even more destructive tools at their disposal.

Overall the DLC is fantastic however limited sight for the long term has resulted in an even furthering of the unbalancing. I would strongly suggest acquiring the DLC if you are playing on a private server with friends, I strongly do not recommend playing on public servers due to the issues that run rampant in the community.