Assassin’s Creed Origins has received its first DLC, called The Hidden Ones. Set four years after the events of the main game, it sees you heading to Egypt’s Sinai Peninsula for more fun and murder, helping Amunet’s rebels against the Romans.

When you receive the quest, The Hidden Ones, it suggests that you be at level 38 or higher. To begin, you have to reach the ferry which crosses the Red Sea to Sinai, where you meet a very strange man called Haganu.

Haganu talks about Sinai and The Legend of Siwa - AKA Bayek - showing that his exploits are known throughout the land. It shows the title Assassin’s Creed Origins: The Hidden Ones logo, and it starts in earnest. You have to make your way to the Hidden Ones’ bureau where you then get three quests all at once. I thought it was a bit odd getting three in one go, but then I went to have a look around. I wound up getting distracted after I completed the first quest, because I decided to uncover the question marks on the map, which tell you that there’s something of interest there. 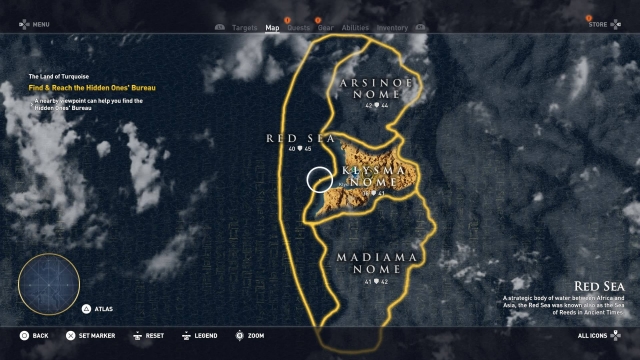 In total there are eight main quests and eight side quests. The side quests are more of the same with clearing camps, collecting treasure and papyri, and there are two stone circles to complete. Although one seemed to be harder to do than the other.

The main quests are sadly not very varied. They are all either sneak here and kill that guy, or run over there to talk to someone. There was no chariot racing or elephant fighting, so it was a little boring.

There is one side mission that is similar to a mission from the main game. You have to kill the Phylakes (men sent to kill Bayek) in Egypt, but in Sinai you have to kill two members of the Shadow of the Scarab. It ties into the main story, which I liked. 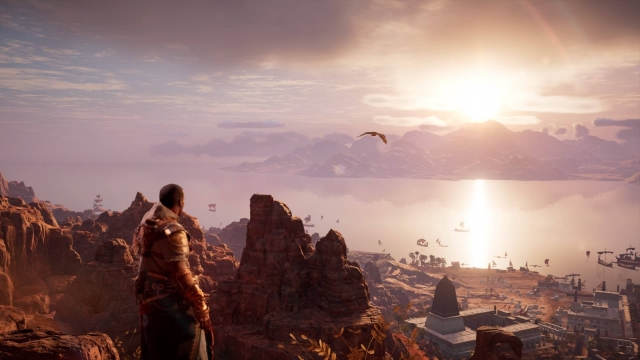 It wasn’t all good though, since it brought in new glitches. While running around climbing up mountains, as you do, I found a few glitches. My favourite was when the mountain looked like it was eating Bayek. Another one, I slid through a small gap and got stuck in the middle of a building until I moved enough and managed to get free.

Since I started this when I was the highest level, the DLC seemed to be rather easy and quick. I enjoyed playing and exploring Sinai, but sadly what with the glitches of Bayek being eaten by a mountain, I will have to give the score lower than I expected

Assassin's Creed Origins - The Hidden Ones (Reviewed on PlayStation 4)

Since I started this when I was the highest level, the DLC seemed to be rather easy and quick. I enjoyed playing and exploring Sinai, but sadly what with the glitches of Bayek being eaten by a mountain, I will have to give the score lower than I expected

Assassin’s Creed: Origins DLC The Hidden Ones Gets Launch Trailer

The map doesn't look very big, but glad to see that it was worth the trip.

The map was fun to travel around but it could of been bigger I think.

Looks like I need to level up and then buy this DLC :)

Assassin's Creed Origins - The Hidden Ones