Autonauts is a game about colonisation, whereby landing on a planet with a goal of automating various different crafts in order to progress will also teach you some logical thinking along the way. You don’t start with much, a few sticks, stones and trees surround you, but before long, you’ll be creating robots that will do your bidding - so long as you tell them what that bidding is. Initially, you’ll be doing a chunk of the work manually, creating tools, chopping down trees and what not until you can build your first robot. At that point, the game flips on its head and you begin to see how automating processes will allow you to progress by freeing up your time to chase other ventures. As a rudimentary early-game example, you’ll have a robot chopping down trees for you, so there’s more of that resource available at any given time. Expanding on that, you’ll have another robot that brings those logs to some storage facilities closer to your main centre of operations. This ensures that future robots have a common place to get any particular resource from. The idea is that whenever you find yourself doing something repetitive in-game, it’s time to automate that process.

Programming the robots is simple enough; when you’ve created one and given it its initial charge up, you’ll enter a “programming” mode, whereby you have it record the actions you as the player do. Once those actions are in place, you tell the robot to repeat those instructions and send it on its way. The instructions are somewhat editable, allowing you to choose an area of the world the robot is limited to performing its actions, stopping them from going completely SkyNet on you and starting the next robot uprising. Personally, I’d have liked the ability to choose the instructions from a list (as well as recording my actions) as a way to program the bots, but that functionality may be something we see in a later update of the title. Though Denki have mentioned that Autonauts isn’t intended to be an educational title, it will teach you some of the core principles of coding, such as repeating loops and branching decision statements. Though don’t expect to quit playing Autonauts knowing how to create the next Google. 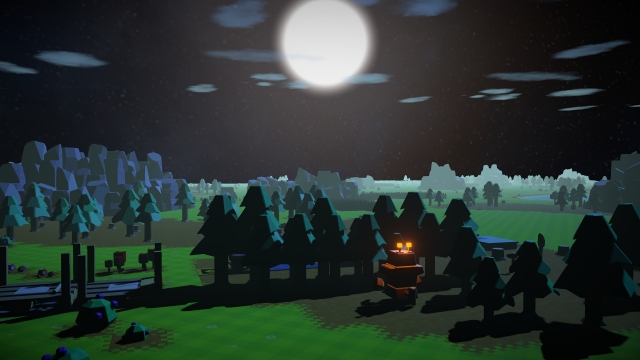 The game is presented in a cutesy low poly art style that lends itself well to the relaxing atmosphere of the game. With no immediate threats to you or your robots, you’re free to enjoy the puzzle of having your robots work to maximise efficiency. It also works well in keeping out of your way enough to let you concentrate on those puzzles. Audibly, however, there’s not a whole lot to write home about. Robots make appropriate mechanical noises and actions taken have audio cues to let you know what’s what. The whistle when you enter teaching mode may get a little annoying over time, but it’s absolutely a nit-pick. Music is smooth “shopping mall” style jams, which do an ample job of not being distracting. That said, Autonauts is one of those titles you’ll likely find yourself playing with the music muted and listening to your own soundtrack instead. 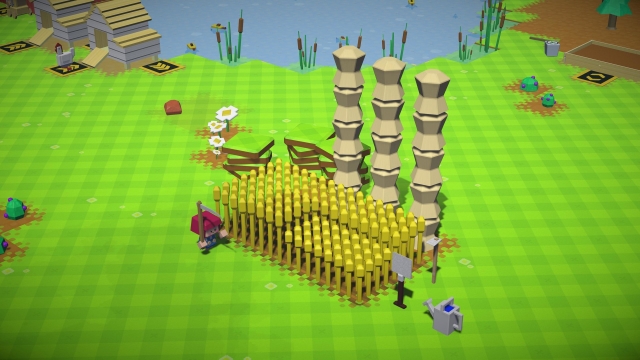 Overall, I look forward to seeing what comes next for the title, and what upgrades and features the future brings for Autonauts. In the meantime, I have a bunch of robots to teach animal husbandry and how to cook, so you’ll know where to find me.

A neat automation game that’s well built with plenty of depth to keep you going for quite some time, and this is only “Phase 1”. The programming aspect is similar to that of the Scratch programming language, and can teach basic programming principles with its visual code builder and “follow me” initial recording of the robots.