With the Bethesda collection for Zen Pinball 2, Zen Studios updates its already plentiful offering of tables, giving players access to some of Bethesda’s iconic titles in pinball form. However, players’ enjoyment for Bethesda Pinball will ultimately depend on how much enthusiasm they have for the developer’s titles, and also how much they enjoy the classic arcade game.

Bethesda Pinball gives players a choice of three tables, based on Fallout, DOOM and Skyrim. Each table attempts to replicate the feel of its respective title, with various RPG and shooting mechanics being implemented to have the tables deviate from the regular feel of pinball. Fallout for instance has players create a character, allowing them to add stats which affect melee damage, damage resistance, XP gain and more. Players are also randomly assigned a companion from the games which give bonuses such as reduced loot and higher attack. 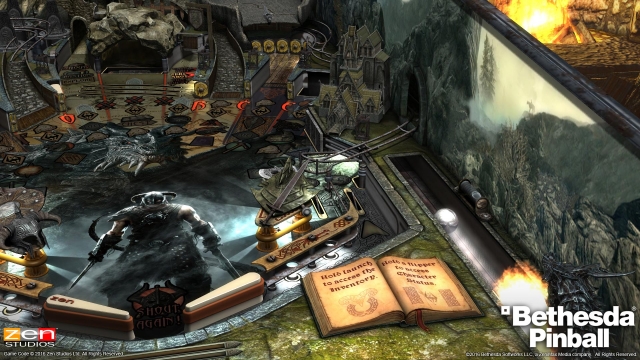 Skyrim offers players the chance to equip spells, armour, weapons and more in an attempt to truly capture the RPG mechanics of the game. It’s not entirely successful. Progress can be tediously slow and Skyrim’s table seems to be the most difficult out of the three. However, just like in Skyrim, you level up your character, meaning that when you run out of balls you have the chance to continue again, instead of starting from fresh.

DOOM is the most straight forward out of the three and arguably the most fun. It lacks the depth of the other boards, as it doesn’t have any RPG features, but the slight implementation of shooter mechanics, such as weapon swapping makes it a blast. Multi-balls are frequent, which are needed to help attack the targets which can spawn on the board. Perhaps the best thing about the DOOM board though is the inclusion of the heavy metal soundtrack that is recognisable with the game. You’re instantly teleported into the world of DOOM, made even better by the voiceover given by Dr Samuel Hayden.

The tables are wonderfully rendered and are instantly recognisable to fans of the games. Characters stalk the sides of the tables, looming large over the proceedings and interacting with the game. DOOM features a Cyberdemon which shoots at you when you fire the ball, Fallout has a trigger-happy Super Mutant and a fire-breathing dragon flies over the top of the Skyrim table. 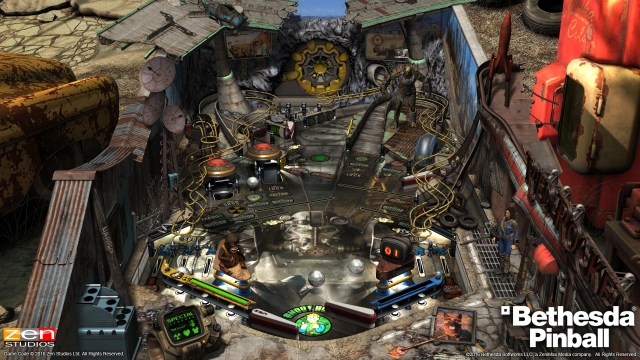 Each table has numerous missions, side-quests and objectives to keep the player occupied. Whilst most simply hitting a number of indicated targets, the way they’re presented to the players makes it interesting. Shooting your ball up the right ramp may activate a quest for to search for the Railroad in Fallout, or you might be tasked with escaping a dragon attack in Skyrim. The novelty can surely wear off for certain quests, Skyrim in particular seems to has the most boring ones, but overall it’s a neat way to present objectives in a pinball game. You can also enter shops in Fallout and Skyrim to purchase new equipment and items, but doing so can often break the flow of the game, and the obtuse control schemes for selecting options makes it a bit of chore.

Bethesda Pinball is a good example of how to create a twist on a classic formula. The attempt to inject some RPG elements into the game is generally quite successful though not without issue. However, lovers of pinball and indeed Bethesda titles will find a lot to like, and will easily be able to sink a lot of time into each board to rack up those high scores.

Bethesda Pinball offers an enjoyable amount of content for lovers of the studio's franchises and fans of the classic arcade game.

I haven't played a pinball game since Pokemon Pinball - I might have a look at this game now, looks as though it's pretty good!

It's good fun with a surprising amount of content for people to enjoy. Definitely worth picking up if you're chooisng a pinball game. 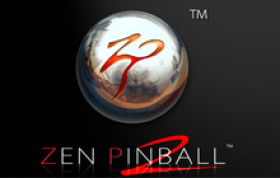