More often than not, most imitators fall short of their source material. The mimic they try to play off as normal isn't up to par with the original idea, with the experience feeling as if it were an echo of what was expected. Boundless does not fall into that statistic. From British developer Turbulenz and published by Square Enix Collective, this procedurally generated sandbox game takes the approachable and simplistic-crafting approach made famous by Minecraft, and successfully adapts it to world of MMOs in a unique enough way to feel fresh.

Originally announced as a Kickstarter-funded project called Oort Online, Boundless puts the player in the shoes of their own unique avatar in a universe of connected worlds ripe for exploring. Each world offers players a unique environment in which to explore, craft, build, hunt, fight, sell, and so much more (lending credence to the title's name). Building off of the Minecraft foundation, the game presents the premise of the survival crafting genre in an approachable but detailed manor. Players will choose to enter a multitude of different worlds across the universe that are all connected via the massively multiplayer online built in feature. Surrounding this choice is the player's Totem, the basis of all weapons in the game. It gives you the ability to travel from world to world through the power of a Warp Crystal. While the game thrives best when embracing the MMO tropes, it is by no the only way to play it. Those who fancy single-player experiences fret not, you're all set for the same experience. One of the coolest aspects of the experience is not only, cross-play is available between console (PlayStation 4) users and PC players. 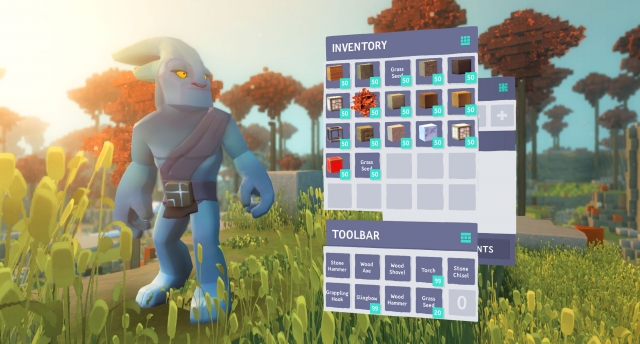 In the first few hours of the game, you will uncover many of the basics of the game and will tackle a handful of basic objectives, such as building a fire, crafting blocks, and hunting small creatures. While more experienced players of the genre will find this to be a bit mindless and though the introduction to the game can be worked around in a way, progression via leveling is tied to the quests that are produced. With every level, rewards are granted in the form of Level Boxes which the player can retrieve from the Exchange (in-game microtransactions can also be purchased here as well). Boxes can include a wide variety of items, including Cubits (the in-game currency) which can be used to purchase different land plots, cosmetic items and more. Crafting is one of, if not the, most essential aspects to Boundless. Building weapons, structures, and tools are all keys to survival in the worlds your avatar will explore. While Boundless is a bit more forgiving with its survival tropes (eating, drinking, checking your vitals, etc) than many in the genre, it still provides some challenges on how to tackle different situations. The biggest downfall when it comes to handling the crafting and resource management within the game, in terms of to the overall audience it is trying to reach, is the necessity to research. Boundless doesn't hold the player's hand, especially after the very early progression of the game. Some players may find that as a positive, in a way that enforces exploration and discovery, but at what point does it become a headache? In the first few quest lines of the game, the player will be tasked with getting various minerals and resources, but you are given no indication as to where to find them unless you delve into the "knowledge" portion of the menu system. The biggest problem with this is that the player is never given an indication to do. There are no menu prompts, no notifications, nothing.

The RPG mechanics that the game brings to the genre are quite welcomed. Playing through various quests, along with crafting and hunting, will provide experience points that will level up your avatar throughout your time in Boundless. Attributes can be improved that boost the player's avatar with a bonus in the areas of Vitality, Power, Control, Dexterity, Agility and Intelligence. On top of that, players will also receive skill points that that they can add to specific areas of Mastery, Crafting, Endurance, Exploration and tiered-levels of Epic skills. Providing players with this amount of depth within a game of this style is out of the norm, but is something that is truly welcomed at the same time. 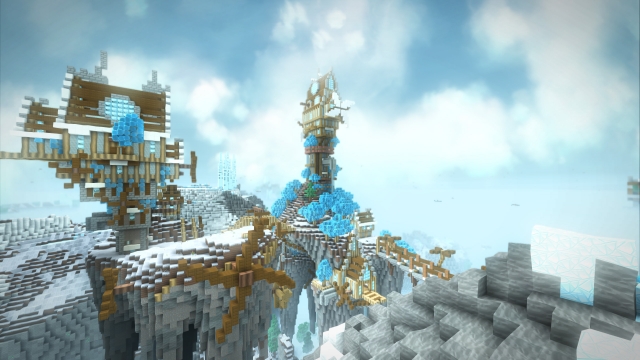 The visual aesthetic created by Turbulenz might be one of the strongest aspects of their survival-crafting project. While the world may not have the most detailed textures and stunning models, what stands out is the presentation of it. Colors aren't limited to a handful of standard choices. Players are presented with a wide gamut of colors that represent the concept of interplanetary travel that Boundless incorporates, with scenery and environments that perfectly fit the style the game is aiming for. Graphical fidelity also gives a wide audience of gamers the opportunity to jump into exploring planing with a low barrier of entry in terms of hardware specifications. When reviewed on an above average gaming PC, Boundless runs at a buttery-smooth frame rate, with almost zero hitches in performance.

Fans of the survival-crafting genre will find Boundless to be a fresh paint of coat on the series. The incorporation of MMO gameplay that is still approachable when playing solo, matched with the visual design of the world will be the strongest aspect of the game when it is propped up. While some may enjoy the free-form approach by not holding the player's hand early on, the heavy reliance on studying the knowledge section of the menus and with no prompt to do so, truly hinders the experience at times, leading to aimless play. Overall, Boundless still provides a fun take on the Minecraft formula, that will provide fans of this genre with hours of gameplay with friends on both Steam and PlayStation 4. 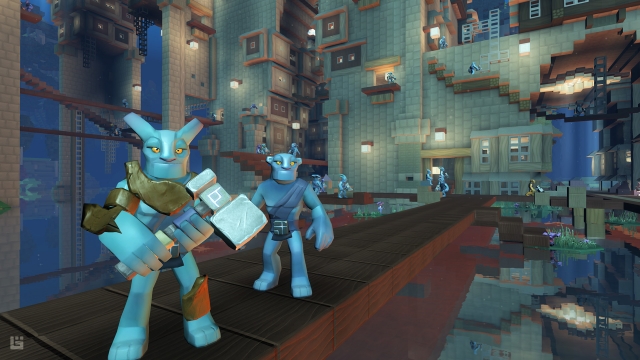 A fun MMO centric take on the survival crafting genre that Minecraft made famous. Solo players will still find the experience enjoyable, especially when paired with the unique play on the simplistic art style. While the importance of constantly checking the knowledges section within the menu becomes a bit annoying at times, Boundless remains a fun experience that fans of the genre will enjoy overall.

Oblivion is better than Skyrim. The Last Jedi is a good movie. Dogs are better than most humans.

This website is a safe website for kids and has thousands of games that can be played online for free and includes fun kid games like PUBG Call Of Duty.

So the game itself is pretty good.... Unfortunately the Developers pick winners and losers in a fashion that I have never experienced in a game. There are a vocal minority in the community who pretty much bullies people into either quitting or kissing their rear ends.... the Developers favor this group and will target you for their benefit.

I spent thousands of dollars on this game filling the coffers of Wonder struck company and tens of thousands of hours playing and building in the game only to have it all stolen out from under me via unscrupulous means.

I built Roman Republic themed builds for months using the s p q r acronym which means The Senate and People of Rome...No Problem...but when a neighbor wanted me gone because their group was very impotent and unable to compete for capital of the planet against a solo player suddenly kicked and banned for Racism! Quite a shock since my family is more diverse than any of these cry babies... and the Roman Republic was according to Mary Blair's book the S P Q R the most DIVERSE society in human history (go look it up). THE TRUTH is the Developers know darn well I am NOT RACIST but this was an excuse to "get rid of me" since these Pet Players of the Developers were impotent and could not compete (11 players against 1.... Pretty pathetic to be sure ) and were constantly crying like little entitled Babies...

SO I would suggest to ANY person reading this to NOT spend ONE DOLLAR/PESO/POUND etc on this game or with this Company Wonder struck of United Kingdom. The Developers are UNPROFESSIONAL and have have no business running a game community with their Poor Ethics.....

The game and company owner is the one who drives this Unprofessional behavior usually personally which strikes me as very odd so do not give this owner the benefit of the doubt. This owner even berated me privately for DARING to have an Avatar with the Star of David that supported the Jewish state of Israel!!!! ANTI-SEMITE much?

I would list names etc...but it is totally not required... the days of this game are NUMBERED... the player base long term trend is falling (short term upticks withstanding).... there used to be delays to go to a planet at around 80 players max (and there are around 50 planets) so there was a lot of people....now the average was 1 to 3 players for most planets and at times perhaps as many as 15 (barring an event or some other draw).

Just to be very clear, I am FAR from the only player who has been targeted... most just walked away and who could blame them after being treated so disrespectfully by the "pets of the Developers", others were run out by the Developers....and then some like me stood firm in the face of it.....

They are now also FINALLY delivering on their promise of "rental/private" planets which was promised to the early backers 2+ years ago! Scuttlebutt has it this is being released to fulfill that contractual obligation. Further scuttlebutt has it that their multiyear contract with Sony is coming to its end... Any truth to this? No way of knowing....but I would SERIOUSLY consider ANY money given to this company as pouring it down the drain....