Another Artifex Mundi puzzler so soon after Nightmares from the Deep: The Cursed Heart? Don’t mind if I do! Given how much I enjoyed their previous outing on Xbox One, I'm keen to see if any improvements had been made between the two games.

You take the reins as agent Evangeline Glass, on your way to visit close friend and confidant Dr. Ambrose Ink, who appears to have stumbled upon the reasoning for earthquakes that are causing cities to crumble. This leads you to a place known as Hochwald, where the Barber family castle is situated, home to the General Engineer of Gottland. 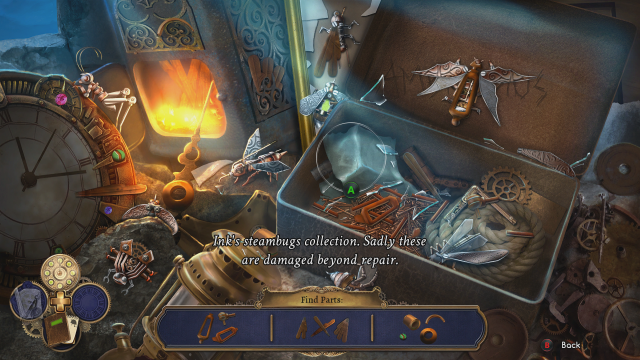 The game is set in a beautiful steam-punk inspired environment, but is never over the top with it, which leads to some awesome backdrops and puzzle screens. Character animations have been much improved since my last outing with Artifex Mundi’s Nightmares from the Deep. Gone are the awkward morphs of two-dimensional images, and fully fleshed animations have taken their place. Instantly, this gives a much deeper sense of connection to the characters as they feel much more alive. You’re also bestowed with a mechanical bird assistant named Matthew, who in my opinion doesn't get enough time to shine throughout the story. So much that at certain points where you need to use the abilities he has, I’d completely forgotten about him. This only served to slow the pace of the game, leading to a couple of “how the hell am I supposed to... OHHHH!” moments.

The puzzles are the usual affair of hidden object games, though there seems to be a greater emphasis on the fractured object variations this time around. Instead of picking items from a list, you’re tasked with finding objects in a scene where you have a visual clue as to what they look like. These items then form three bigger items, which when pieced together give you an item that will help with the continuation of the story. There’s no alternate game for hidden object sections as there was in Nightmares though you may still skip them if you’re particularly stuck. None of them should be particularly taxing to complete. However, some of the other puzzles get the noodle working pretty tough, but perseverance and a keen eye is the trick to getting those done. The audio has been taken up a notch, with fitting music that doesn't suffer from the repetitiveness from my last outing with an Artifex Mundi game. There’s subtle undertones within it that sit well with the art style on offer, such as the ticking clock every so often that strikes a chord with the steam-punk setting. Character voices are one step better again, not suffering from the same level of over-recording and on the whole being more believable because of it. There’s a few side-characters whose lines do feel phoned in, but they’re very few and far between.

Next up on my Artifex Mundi hit-list then, is game length. I’d really like to see their next title have a longer story, something to really get drawn into - to get lost into it’s world. Possibly even a dabble with a licensed IP could be something for them to get stuck into. 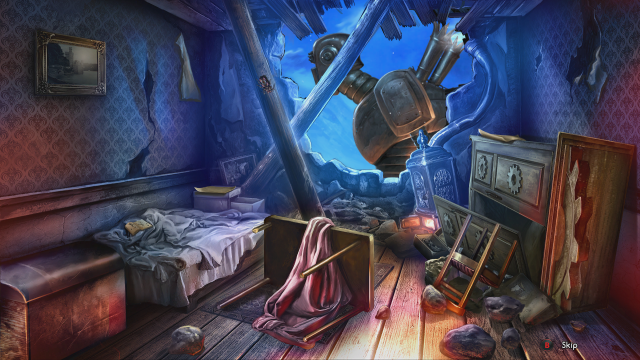 Overall, I thoroughly enjoyed my time with Clockwork Tales: Of Glass and Ink. Improvements have been made to the audio and character animations, the setting is fantastic and the puzzles are challenging, but not so far stretched that you need to have a MENSA certificate to play it. I strongly suggest adding Clockwork Tales to your library if you’re into the puzzle genre, or even if you’re just looking for something to slow down with.

Clockwork Tales: Of Glass and Ink (Reviewed on Xbox One)

Another competent puzzler from Artifex Mundi, with improvements in the right places. Puzzles that are demanding yet fair, and a fantastic steampunk aesthetic. Next time, more story and more Matthew, please!

Clockwork Tales: Of Glass and Ink