Corpse Party is set in Kisaragi Academy initially. A group of friends performs a charm called “Sachiko Ever After” which is meant to keep them all as friends forever. However, upon completing the charm they are transported to Heavenly Host Elementary School and are preceded to be hunted down and killed by spirits of the previously murdered school kids. Try and escape the grasp of the murderous kids and killing grounds of the elementary school. Grim stuff, and so are the illustrations.

Having seen the Anime OVA (Original Video Animation, since it wasn’t broadcasted on TV due to the violence and gore present), I came in with some vague recollections of what to expect plot and gore wise. This was probably my own undoing when playing the game, partly due to knowing what to do to progress through the game. I saw certain plot points coming and knew what to do - for better or worse. By the end of it, it just got incredibly frustrated because of the numerous “Wrong Ends” I kept on receiving. This in effect, made the pacing of the game feeling too spacey because of how obtuse it is at times with progressing each chapter and event. 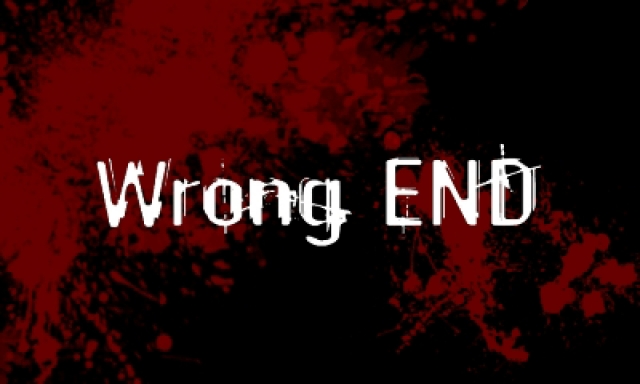 This game is split into five chapters, each one having five individual saves, each one is split accordingly and tells a narrative specifically with a pair of characters. Played in a top down third person perspective similar to Pokémon, featuring lite puzzles and avoiding hostile spirits. Aesthetically the game’s solid, it’s not quite stand out when I compare it the OVA’s quality of certain frame for frame shots. Parts of the OVA made me uneasy with the detailing of the guts at times, and when compared to the 3DS, images just look lackluster at best (whether it’s because of the New 3DS XL doing some weird things to graphics is unknown to me). For the most part, the game does have deviations that the OVA doesn’t cover, it’s chapter five that kicks the expected yellow congealed fluid filled bucket with its plethora of branching narrative that overwhelms you with “Wrong Ends”.

Whilst this is very much a narrative based game, the lack of quality of life features in the game do drag the game out unnecessarily. This is partly due to the lack of an actual skip button (holding the X button is the same as spamming A without interacting to choices when given) and skippable parts. I don’t normally have an issue with this, but when it’s relatively easy to run into the same “Wrong End” time and time again because you forgot one item. Patience runs thin very quickly, especially after half an hour of repeating the same sequence because of it. Whilst there are guides out there for the game for when you’re stuck, which I didn’t use for the purpose of the review. It feels disingenuous for a game to rely on a guide that users have made in order to progress through a game without repeating sequences all because of slight mundane misses that aren’t noticeable unless looking back. 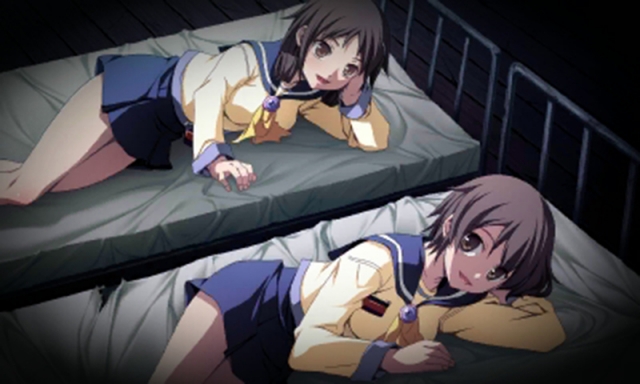 Let me tell you a story that yuri love. Terrible puns not included

In the end, the mechanics just hold back what the game could/can deliver in terms of narrative for a Japanese horror that always seems to make me more afraid after experiencing than during it. This is where the second issue arises for me as a playing experience, it’s on a handheld. Majority of people playing this won’t be listening to its audio since the 3DS in general is a commuter’s method of passing time. This limits the game’s ability to create tension and having played a large portion of the game whilst commuting, since that’s the standard situation of playing most games on handheld, it’s hard to not write off the music as being vital for a game. Whilst not being stand out music, it’s atmospheric music that riffs off normal Eastern horror tropes such as the antagonist having entrance music (as daft as it sounds) or even just the silence it has in areas to create tension. Of course there’s the obligatory squishy sounds, which always seems to drags me out of moments, but at times they seem more comical than intentional for horror.

Voice acting is in Japanese only and doesn’t have any voices that I could easily identify as being straight out annoying or terrible. Although Seiko’s voice actor (or seiyuu for the elitist fans) grates and irks me to no avail because of her performances projects. As far as performance on the 3DS is concerned, my New 3DS XL didn’t have any real issues and the UI is acceptable. Textures raised an eyebrow at times and the inclusion of certain tracking your collection of name tags and ends in chapters is nice, I just wished the game would give you pointers to avoid the same bad end multiple times.

End of the day, it’s just a rehash of the second iteration of the original Japanese launch, but more feature complete and features better illustrations than the Steam version. Give this a whirl if you’re interested in trying a solid J-horror game. Otherwise maybe just watch the Anime OVA, live action movie or read the manga that’s currently being published by Yen Press. 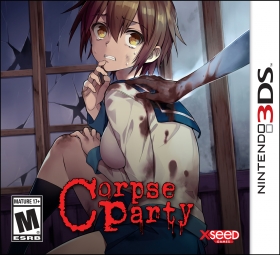