Creature in the Well Review

There is something about pinball that is just addictive. Maybe it’s all the flashy lights, the pinging sounds or just seeing that ball bounce all over the place, but I could play it for hours. So, indie developer Flight School Studios had the wild idea to take everything that’s great about pinball and throw it into a weird action dungeon crawler/puzzle game. It sounds bizarre, but the craziest part is, it somehow works and surprisingly well.

Creature of the Well is a top-down dungeon crawler with mechanics that are heavily inspired by pinball machines. On paper, it’s hard to imagine what that would look like or even play like, but Flight School Studios does a very good job of merging the genres together to create something unlike anything I’ve played before, it isn’t without flaws however. 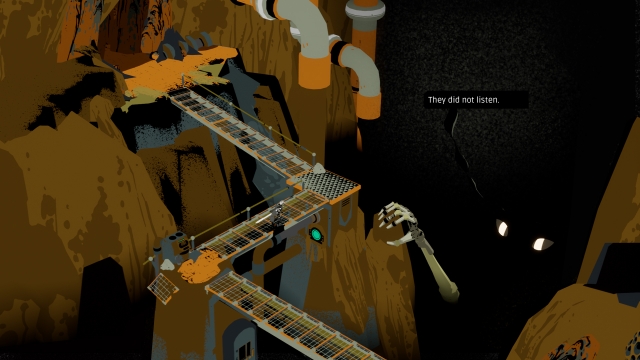 One flaw to begin with would be the story, or lack thereof. Creature of the Well begins with the protagonist – BOT-C – waking up in some desert buried beneath the sand which, after a bit of walking, approaches the city of Mirage where he realizes he is the last of his kind. He is then tasked with restoring power to the ancient facility in Mirage which has been taken over by a creature (in the well) and is causing an ongoing sandstorm around the city, but that’s really the gist of it. There are computers at the end of each dungeon with some lore from the staff that was once working there about the facility and the creature itself, but none of it was particularly interesting. Other than that, there isn’t much story as you progress through the eight dungeons which was honestly quite disappointing because I enjoyed the gameplay considerably, even if it was challenging as all hell at points.

The gameplay goal in Creature of the Well is to make it through these dungeons as you turn on the power for each facility and collect energy along the way. Collecting energy is really the core part of the game since energy is used to open doors to proceed, upgrade BOT-C and it is what makes the pinball aspect of the game so enjoyable. The dungeons are separated by rooms and each room has a puzzle of sorts to figure out how to fill each object in the room with energy, which in turn, also gives you energy. Some rooms might have time-based objectives to energize each object within seconds of each other, others may have objects that can hurt you like turrets or bombs that explode in a radius you have to worry about. You don’t have to complete a room though, if you have enough energy to unlock the door, you can just skip that room and come back later. 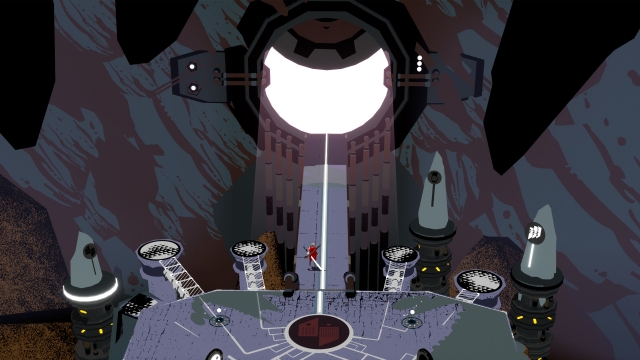 The pinball mechanics of Creature in the Well make it so you’re never fighting anything directly like a traditional dungeon crawler, you’re more so using your weapons to hit the pinball ball to energize the objects that act as pinball bumpers, or to attack the very few enemies in the game. BOT-C has two weapons at his disposal: one does a normal hit and the other does a charged shot and you also have a dash, which are all the controls. The normal hit will hit the ball in the direction you’re facing, simple as that, while the charged shot will charge up multiple balls at once with energy to energize the objects quicker as well as letting you aim for a more precise shot.

There are various weapons for each that have passive abilities attached to them which can really help when the difficulty starts to ramp up, such as a magnetized charge weapon that brings the balls to me or a hammer-like normal weapon that can slow down time. These can be found in secret rooms in each dungeon that will be revealed after completing a certain room, but you never know which room. There are also capes that can be found around as well, but they are strictly cosmetic. 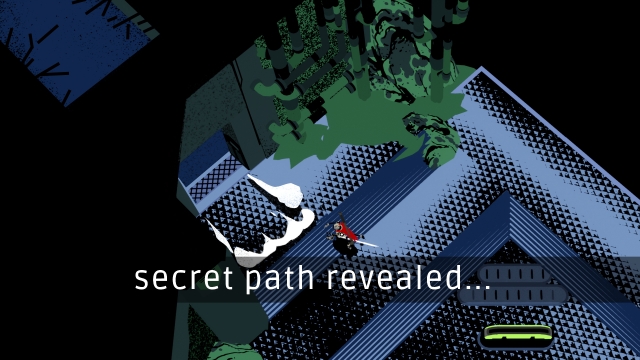 The weapon types with their passive abilities make Creature in the Well a much more manageable game, but if you haven’t found any of the secret rooms/weapons, you’re going to have some trouble. Creature in the Well feels like a dance of sorts since you are constantly dodging enemy fire, collecting pinball balls, shooting them back and getting in position to do it all again and if you don’t learn it or adapt, you won’t make it far. When you do figure it out, it becomes such a great gameplay loop that makes you feel powerful.

It can get aggravating when there is a ton happening on screen, which usually happens at the end of each level when you face some of the creature’s own challenges. What makes it worse with the fact that every time you die the creature pulls you out of the dungeon and drops you in the city and you have to walk – or dash – all the way back to the dungeon. You can either redo it again or go back to where you were since the doors will remain unlocked, the ending of levels you can purchase a checkpoint with energy. 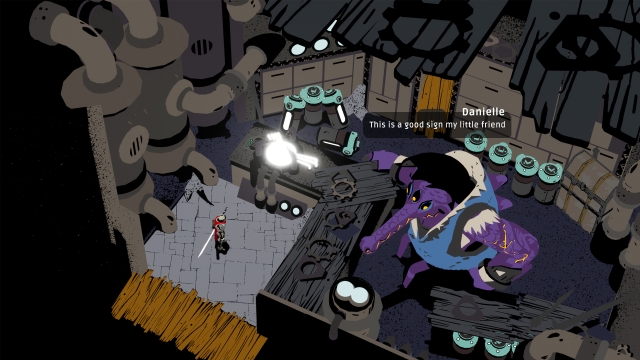 Creature in the Well has an interesting art style that I think is beautiful, but I can’t figure out how to really describe it. It’s like a cel-shaded, comic book-like, hand-drawn style that looks fantastic, especially with all the different themes and colour pallets that each dungeon provides. Along with that, the sound design is also awesome with some weapons providing some great sound effects when hitting the ball, like using the frying pan making the loud cling.

I did encounter performance issues on my Xbox One with the framerate going from 60FPS to 30FPS during hectic sections, which always slightly annoys me because I rather a locked 30FPS than an uncapped 60FPS that is all over the place. I also encountered an issue where the sound for both the opening and ending cutscenes had no sound at all, apparently this issue is only on Xbox One and it will hopefully be patched soon. 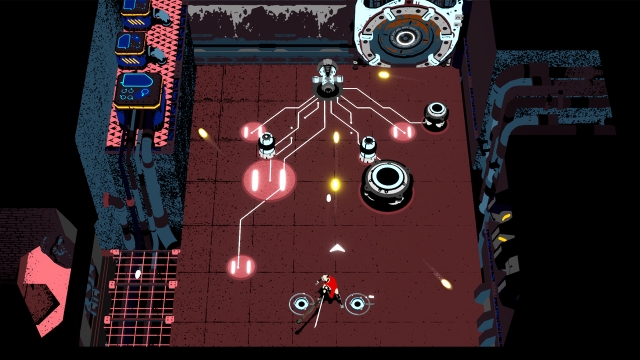 Overall, Creature in the Well is a great game that is trying something new and largely succeeds at doing so. The entire pinball premise for the gameplay is excellently done, feels great and with it having a learning curve makes it all the more fun to figure out and master. The sound design, music, and unique art style are all great as well, and despite it getting annoying at parts and not really having a progressive story, I think this is a game everyone should give a go.

Creature in the Well (Reviewed on Xbox One)

The entire pinball premise for the gameplay is excellently done, feels great and with it having a learning curve makes it all the more fun to figure out and master.

Creature in the Well Released for PlayStation 4

Creature in the Well Review

Creature in the Well