What does any rational human being do in the middle of a zombie apocalypse? Why drive up to Canada of course! At least, that’s what developers Rocketcat Games had in mind for their randomly-generated, action RPG Death Road to Canada. This massively entertaining title is an excellent example of how to combine the most enjoyable aspects of a randomly-generated story with fluid gameplay in order to create one unreal experience. “How?”, I hear you ask.

Well, in regards to gameplay, Death Road to Canada offers a lot to keep players engaged. There’s the team management system, the combat, the survival aspect, and a slight moral choice dilemma every now and again. Actually, that being said, the team management system and moral choices more or less go hand in hand. The only real decision you’ll have to make morally as a leader is whether you want to keep someone in the party or boot them out. This can be a fairly significant choice though, as the person who’s threatened with exile could be maxed out in, say, medicine. Now, let’s assume you want to keep the medic, but you don’t want to risk losing the individual who can repair cars. Therein lies the subtle genius of Death Road to Canada’s moral choice dilemmas. They’re simple but effective. 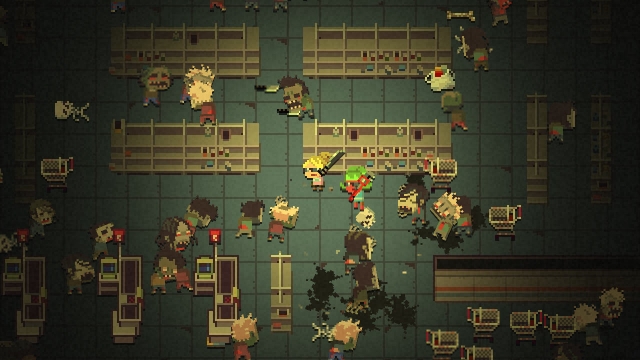 Moving back a bit, let’s take a better look at the team management aspect. As already mentioned above, there are different classes of person that can join you on your long journey North. There’s the mechanic, who can repair vehicles, the medic, who can repair your bones after a brawl, and the warrior, who can… well, I can’t think of a clever repair joke for this one, but their role is pretty self-explanatory. Classes aside, in order for you to survive the next several days in-game, it’s definitely in your best interest to look after your team by outfitting them with the proper equipment and making sure their morale stays high. Also, don’t do what I did and team-up with three warrior companions right from the get-go - the more diverse your team, the better.

Next, we move into the survival aspect. This is what could be considered the core of the game, which is based around scavenging for supplies so that there is enough food and medicine to go around for everyone. Now, I say food and supplies, but it’s also in one’s best interest to look for new weapons, because as useful as a hockey stick is during the first couple of days, you’re going to be kicking yourself for not trying to find a shotgun or something with a bit more kick behind it. 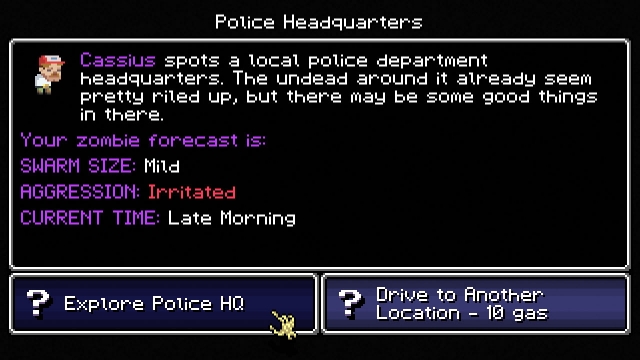 Speaking of shotguns, let’s talk about the best part of Death Road to Canada, the combat! Now, pop quiz, what’s more entertaining than mowing down hordes of zombies with unique and interesting weapons? Doing it with friends! That’s right, Death Road to Canada features local split-screen co-op, which immediately puts it into my category for my game of the year because not everyone wants to play online! *Ahem*. Now, with that in mind, it honestly doesn't matter if you play solo or co-op as the combat is tonnes of fun either way. The sheer amount of variety in weapons is staggering and they’re all different in their own little ways. Plus, destroying zombies is destroying zombies, amirite?

The last thing I want to mention about this title is its world-building. I’ll be frank, this is some of the most fun I’ve had with randomly-generated campaigns in a long time. During all of my playthroughs with Death Road to Canada, none of them left me disappointed. Even if I lost, there was still a hand full of hilarious moments I could look back on fondly. My favourite one to date was near the end of one campaign where my team and I where walking down a road, battered and bruised from a recent fight, then a car comes screeching past with the passenger yelling “NERRRRRRDS!” at us. It was one of the most amazing experiences and I’ll never forget it. 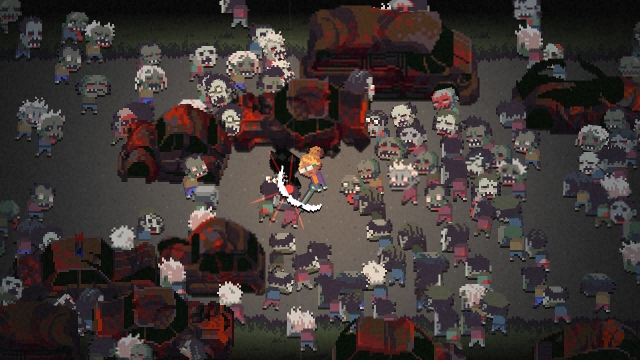 So, with everything taken into account, is Death Road to Canada worth your time? Yes, everything about this title is based around the sole purpose of having fun. The combat, the team management, even the survival aspects are all there to make the game more enjoyable. These features aren’t just included for the hell of it, they’re included because the developers looked at their title and decided that maybe fun should be the primary goal.

Death Road to Canada is a joyful return to the simpler things in gaming. While it may not have the power of a AAA developer behind it, it certainly does have what AAA developers lack nowadays, a sense of fun.