Doctor Who: The Lonely Assassins Review

“Don’t blink”. It’s a phrase which can keep any Doctor Who fan’s eyes trained on the screen with the laser focus of a dog watching an Attenborough documentary. The phrase, of course, refers to the fan-favourite villains The Weeping Angels. When they're around, Whovians pay attention; whether they're doing that cowering behind a blanket or with a mile-wide grin and a tub of popcorn is besides the point.

It’s for this reason that Doctor Who: The Lonely Assassins, the latest ‘found-phone horror’ title to come from Kaigan Games, could be such a success. The studio has already demonstrated how much potential the niche genre holds with earlier titles like Sara is Missing and Simulacra. By leveraging the instant appeal of Doctor Who and The Weeping Angels, while honing in on what makes those earlier games so compelling, Kaigan Games could have a hit on its hands. Of course, all that hinges upon whether Doctor Who: The Lonely Assassins is a worthwhile game in its own right. Thankfully, it is. 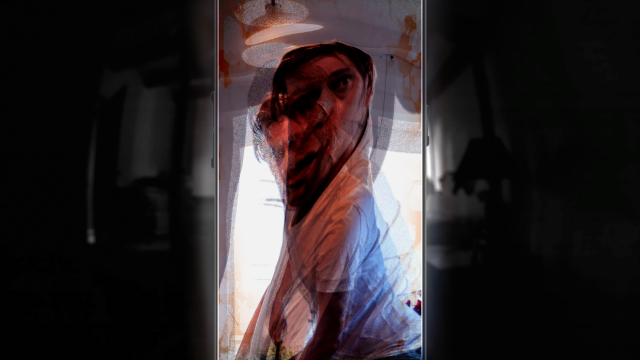 Essentially, the game is a multimedia narrative-driven puzzler which weaves the interactivity of point-and-click adventure titles around an instantly familiar smartphone interface. From start to finish, the entire tale unfolds before you in the form of calls, text exchanges, emails, video, pictures and websites. Well, fake approximations of them at least.

As for the story itself, it serves as a continuation of the revered episode "Blink" from 2007. The player takes on the role of a nameless, faceless stranger who has come into possession of a phone owned by Larry Nightingale from the aforementioned episode. He has gone missing—as is quickly becoming a Kaigan Games trope—and the fearsome Weeping Angels who lurk within the Wester Drumlins estate are once again becoming active; what's more, they're starting to invade the digital realm. It's up to the player, working in partnership with Petronella Osgood, also from the show, to solve the mystery of Larry's disappearance and stop The Weeping Angels' from escaping their Wester Drumlins prison. The plot is a lot of fun, far more straightforward narrative-wise than titles like Simulacra in a way that feels faithful to the source material. You aren't thrust into a tug-of-war, forced to pick between two equally untrustworthy characters; most of the human characters are actually incredibly likeable. Ultimately, you're a goodie, working with another goodie to save the day, as it should be in a Doctor Who spinoff game.

With that said, there are a few scares thrown into the mostly lighthearted mix, most notably in some distorted imagery which, while not gruesome, is a little disconcerting. Jump scares make an appearance, of course, but they aren't so frequent as to be tiring. It'd be a stretch to call this a straight-up horror game, but you can't tell a Weeping Angels story without some kind of horror element. All told, the game is very short. You can beat the whole thing in less time than it would take to watch Pulp Fiction. However, with it costing only £5.99 this is more a statement of fact and less a true point of criticism. None of the puzzles are challenging either, which might turn some players off. They only require that you pay attention and learn to cross reference information. For example, you'll need to use information gleaned in text exchanges to log in to an investigation-critical (fictional) website. If you can use your ears and are prepared to jot down the odd note or two, then you'll breeze through the game with no problems.

It's worth mentioning that there are one or two sequences in the game that you can fail, a result which will put you on a path towards a 'bad' ending. one of these sequences is time-sensitive, which wouldn't present an issue if said time constraints were communicated clearly. As it stands, though, it isn't made clear until it's too late. What I'm saying is choose your moment to stand up and get a drink wisely: I certainly didn't. As part of the main narrative, you'll encounter a handful of info dumps regarding the Doctor Who universe, as well as countless nuggets of fan service sure to put a smile on any fan's face. The game is generally not too blatant about in-universe references and crossovers; it's done tastefully, and it's very much welcome. I can't say for sure, but the game's treatment of the source material gives the impression that Kaigan Games is home to some serious Doctor Who devotees.

Overall, Doctor Who: The Lonely Assassins is on-par with Kaigan Games' earlier titles like Simulacra. However, its faithful treatment of the Doctor Who universe and characters elevates it a notch or two higher than those games. If you're a Doctor Who fan, even if you've fallen off the series in recent years, you owe it yourself to check this out. It's not even £6 after all.

Doctor Who: The Lonely Assassins (Reviewed on Windows)

A compelling found-phone horror title which demonstrates a real love for and understanding of the Doctor Who universe.

Doctor Who: The Lonely Assassins - A 'Found Phone' Game That Mixes Fiction With Reality 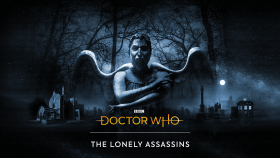 Doctor Who: The Lonely Assassins