So, it’s been a year since I reviewed Dragon Quest XI Echoes Of An Elusive Age, and with a new Dragon Quest Monsters game being announced a while back and the release of the original Dragon Quest trilogy on Switch, I’d say now is a pretty good time to take a look back at the roots of the series one by one. So today I’ll be reviewing the first in the series, Dragon Quest!

Dragon Quest XI is one of, if not the only game I consider to truly be perfect, but can the same be said for the one that started it all? The short answer, unfortunately not. But that doesn’t mean the game is bad, it’s far from it, but it does have its problems. Now before I continue any further, there is one small thing I should get out of the way. The switch ports are not of the original games as they were originally produced: the sprites, text and other small details have been changed, and although this brings the game more up to date, especially with its remastered score, some added features, to me, aren’t too welcome. 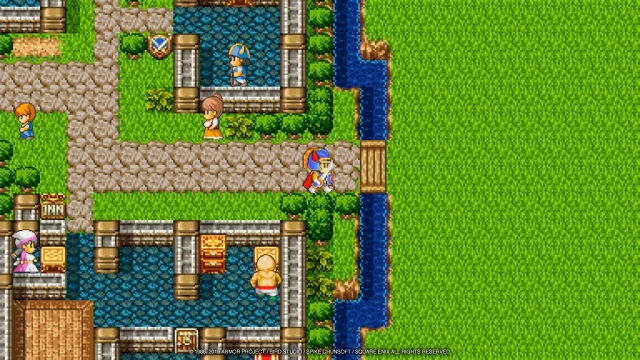 But before that, let's start from, well, the start. The game starts in the throne room of Tantegel, the capital of Alefgard. The king asks you, the descendant of the legendary hero Erdrick, to save his beloved daughter, who was kidnapped by monsters and taken away westward. Pretty basic, right? But I like that. In most Dragon Quest titles the core idea of the plot is pretty simple, until the release of XI where things got much more detailed and exciting. What the king asks you to do next though sets the standard for the Dragon Quest series, and arguably the genre of JRPG’s as a whole. Darkness has invaded the land and the light must prevail. Basically, a dark lord wants to take over the world and the good guy, in most cases the lord of light some way or another, must stop him before the land succumbs to the darkness.

The story is simple, yes but what more do you expect from a mid 80’s JRPG? From that point you set out on your journey, your “Quest” if you will. Now the combat in this title is the same as the other core Dragon Quest games, the only main difference being with the lack of animation compared to the newer titles. You have the choice to either Attack, cast spells, Flee or use items and then go from there, making moves in turns in typical turn-based fashion. It’s one of those formulas that doesn’t need changing; it’s nice and straightforward, gives you time to plan your next move and is overall pretty relaxing.

The animation is a little static but once again, you have to take into account the limitations of its time, so I can easily overlook this. However, the replacement of the sprites does feel slightly out of place. Instead of simply updating the sprites, they chose to replace them with Akira Toriyama’s artwork. Now, don’t get me wrong, his artwork is absolutely amazing and his incredibly hard work really paid off and is responsible for bringing the monsters to life, but seeing a hand-drawn 2D sprite in place of a pixel one in a classic JRPG is a little… off. In fact, even the text seems a little out of place after getting the same treatment. Although it takes some adjustments, I eventually stopped realising this, so it can be looked past.

The game does add some helpful features that the original lacked, such as the map which marks all towns and caves without needing to discover them, making it slightly easier to get to places without asking random NPCs, which brings me onto my next point.

As the game is older, it relies on you to use your noggin to figure things out whereas most modern RPG’s like to hold your hand, walk you through the playground and give you a nice push on the swings. What I don’t like however is the randomness of some things. For example, there is one point in the game where it is possible to find an extremely useful item, but I can only remember one or two mentions of it and no clues on how to get it. The item is located in what seems to me as an extremely random place and I ended up having to look it up. There are a couple of other cases like this but not many. Now onto my main gripe with the game: the length. The story is extremely short and aside from the main narrative there really isn’t that much to do. The story clocks in at around 10 hours on the polling website, how long to beat but I got through it in something closer to six or seven. Though it did leave me wanting more, it didn’t give me quite enough. Once again, this is a product of its time but I still feel that the game could have been slightly longer for me.

So, even with the lack of play time, changing of monster sprites and the slight element of randomness to the game, it is still a very enjoyable experience, with fun, simple combat and a light-hearted story that lets you get right into the game. If you’re a fan of the series, this is a must have as fans should always try out the roots of their favourite games. Undoubtedly though, fans of Dragon Quest will like the game more than those who have yet to touch one of its titles. Though, fans of the genre will most likely find a good deal of enjoyment in the classic that started it all, and I think it's a great jumping in point for anyone who wants to get into the JRPG scene without having to commit to the lengthier play time of a modern JRPG. Overall, I found the game very to be just as charming as its recent entries and had a very enjoyable, if not somewhat short, time with the game, and at just £3.99 you really can’t go wrong. I would highly suggest giving Dragon Quest a go; even with its minor flaws, the enjoyment, price and general Dragon Quest charm outweigh the cons.

Dragon Quest is a fun, light-hearted JRPG with simple and enjoyable combat and classic Dragon Quest charm, though the lack of play time mixed with its other flaws leaves something to be desired, though at just £3.99 you really can’t go wrong. 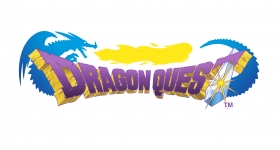