Fast & Furious Crossroads marks the return of a videogame “genre” that has – thankfully – been absent for a while: laughable movie-licensed games. This game brings back tons of bad memories from games like Aliens: Colonial Marines and Iron Man (2008), but does something that those games couldn’t, satisfy the fan.

I should begin by saying that I’m a bigger fan than most of the Fast & Furious franchise and have been following it ever since my brother showed me The Fast and the Furious (on VHS) as a kid. So, when Vin Diesel and Michelle Rodriguez appeared at The Game Awards 2019 to announce Fast & Furious Crossroads, a racing/vehicle heist game starring themselves and Tyrese Gibson, I was all in. Then, I saw the gameplay that followed and wasn’t particularly thrilled with what I saw, and even more so after actually playing it, but whoever wrote this story is also a huge fan of Fast & Furious and it shows. 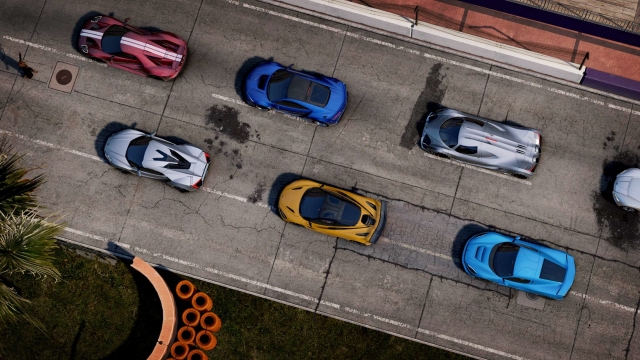 Similar to the movies, Fast & Furious Crossroads involves an absurd, over-the-top story including ancient highway robbers who call themselves: the Tadakhul. You play as a completely new character to the Fast & Furious universe, Vienna Cole, an ex-street racer who travels to Barcelona to be with her boyfriend and escape her past with her non-binary sibling, Cam Stone. After arriving only to discover your boyfriend has been involved with the Tadakhul, you call the only people you know that can handle ancient highway robbers: the Fast family. The story ramps up from there leading to numerous vehicle set pieces as it heads to a ridiculous conclusion that fans of the franchise could enjoy.

Seeing Dom (Vin Diesel), Letty (Michelle Rodriguez) and Roman (Tyrese Gibson) in the game and having their actual voices – even if some of the line delivery can be cringy – adds a great deal to the investment in the story along with the sheer amount of fan service. Several callbacks referenced random and obscure events in the movies that only fans – like myself – would notice. For example, early into the game, you show your boyfriend a ’69 Camaro that you fished out of a lake in Florida which is referring to the same car that Brian (Paul Walker) and Roman used to jump onto a yacht at the end of 2 Fast 2 Furious. It’s little things, but it really helps cement Fast & Furious Crossroads in the universe. The biggest – and probably only – compliment I can give this game is that the story feels like it could have been an entertaining Fast & Furious movie, and after playing this, I wish it was one. 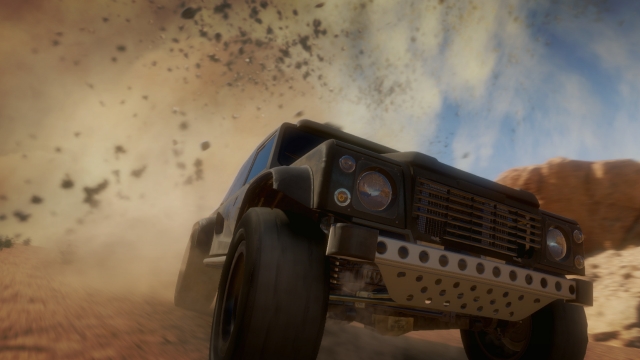 Fast & Furious Crossroads is simply not fun to play. As soon as you start the campaign, you are immediately dropped into a car and begin chasing a target, but the moment you get control of that car, you know something is wrong. This is the first time in what feels like years that a driving game feels just terrible to control because it feels like you have no control. A slight turn could have your car drifting uncontrollably causing you to constantly crash into walls and other cars. Many of the missions play similarly to Burnout as you are constantly side-sweeping cops/enemies in order to take them out in slow-mo fashion, but it never feels as good, especially with the terrible sound effect used for vehicles crashing together. There are a couple of races thrown into the mix as well, but the races contain several tight corners and narrow roads that don’t support the way this game controls.

The only missions there were somewhat enjoyable were the big heist missions that involved the entire crew and/or a set-piece of some kind. Each character has their own abilities they can use throughout the game to help get rid of enemy vehicles or help during a heist. For example, Letty has a harpoon that can be used to take off armor plates, Cam has a hacking ability used to disable other vehicles and Dom has rockets on the back of his car (yup…). You can swap between characters at any time, but during a heist, everyone has their part so the game will – aggressively – tell you to switch the person when they are needed. These missions were entertaining purely for the traditional Fast & Furious moments that resided within, but the visuals really don’t help make it feel as grand as it should. 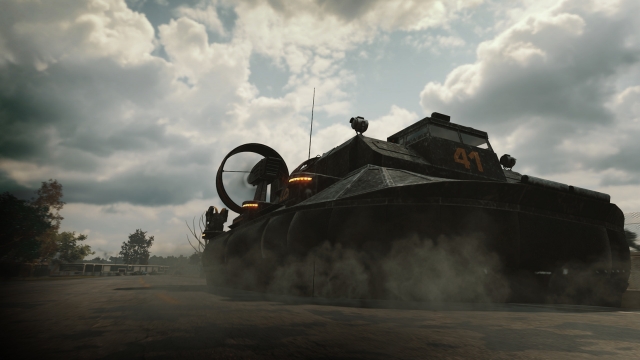 Fast & Furious Crossroads truly looks like a PlayStation 2 era game and nowhere near justifies the 80GB of space it takes up. The areas you drive around in are so empty and bare-bones, and along with all the flickering textures and bugs, it just screams that this game needed to be in the oven a lot longer than it was. To make matters worse, this game is so poorly optimized that it requires an RTX 2080 to run it on high/max settings at 1080p causing it to run poorly on almost all other settings on my build (Ryzen 5 3600, GTX 1060, 32GB RAM). The only positives that can be taken away from the visuals are the lighting, which looks decent especially at night, and the character models because they do look like themselves for whatever that’s worth.

It should be noted that there is a multiplayer component as well, which I would assume involves taking on similar heist-like missions as a team, but I was unable to try it. Within a week of the launch, I was not able to find a single match, I tried multiple times on different days but no luck.

With dreadful driving controls, insufficient content and an egregious price tag, it’s hard to recommend Fast & Furious Crossroads to anyone unless you are a die-hard Fast & Furious fan. Even then, wait for a steep sale.