Ahh, there’s nothing like a good old bout of fisticuffs to make one feel invigorated; even more so when one is dishing out a jab or two on some unsavoury daemon character. With the stiffest of upper lips, top hat in check and moustache groomed to perfection, no adversary can topple my stout British resolve.

Foul Play lets us take on the role of the quintessentially British character, Baron Dashforth, a renowned Daemon Hunter that has vanquished untold evils all over the globe. Accompanied by his trusty sidekick, Scampwick, a stereotypical lower class Londoner that chose chimney sweeping as a profession; his street smarts and knowledge of less than savoury methods of getting jobs done serves the Baron well in their adventures. 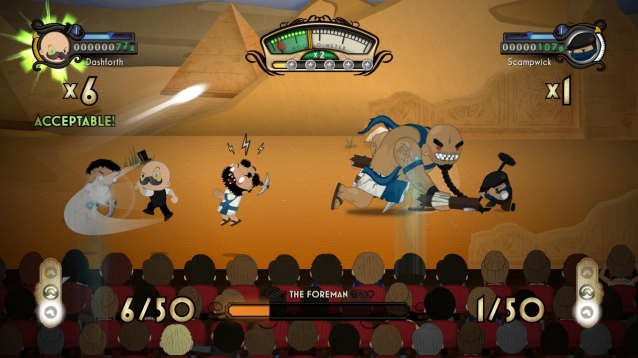 The game has an unusual spin on the typical side scrolling beat em up due to the title being set within the confines of a theatre. Baron Dashforth is hosting a show for the common folk, regaling them with his tales from past adventures. This mean Dashforth and Scampwick cannot die. You may be wondering why such a mechanic exists; well Foul Play is more geared towards completing the acts of each play in order to please the crowds.

What this means is the developers have adapted the mechanic we’ve grown accustomed to in the likes of Guitar Hero and Rock Band. You have to perform combos on your enemies to build up your crowds’ excitement meter. This allows you to keep show going however, if you take hits from the mobs then you lose your combo and the attention of the audience with your bad performance which, if said meter hits zero, then the curtains close and the show is over.

The developers portray the theatre trope extremely well; the backdrops come in with wires showing, stagehands unwittingly stay in view until they have realised the goof and shamefully sulk off the screen and hooks come in to pull defeated extra’s off the floor. The scenes range from late 1800s Cairo to dark and creepy castles are all created in such a way that it makes you believe you’re there while still retaining that notion of hand crafted materials for use on the stage, so overall you get the experience of a traditional theatre play. As you progress in the game you have the chance of unlocking trinkets by completing the tasks in each chapter of the act. These may range from dispatching the common enemies before taking down the marked mob, usually indicated by a flag; completing a combo of at least X amount, to performing an allotted number of perfect scenes. These trinkets, of which only two may be taken at any one time, will give you a boost to help you achieve those high number combos that inevitably please the crowd. For example, one of the trinkets allows you to get a headstart on creating that perfect crowd pleaser by giving you three combo points after throwing an enemy.

You may play the game on your own or bring a friend to double the fun in the two player cooperative mode. Playing this way will allow yourself and your sidekick to perform even more astonishing feats of fighting prowess as the pair of you may combine your attacks on a single foe for maximum points. You see, you may hold back the dastardly being while your sidekick unleashes a flurry of blows to the midriff or play catch between yourselves as you throw an undesirable between yourselves before twatting them for six through the french windows of the pavillion. 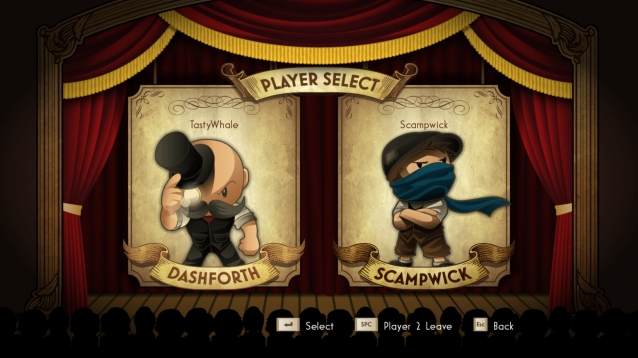 Scampwick, to my side dear fellow.

The game is good, don’t get me wrong, but when you’re unable to die due to the story being a re-enactment of the Baron’s accomplishments, your motivation for self preservation goes out the window which does take a portion of the challenge away from the gamer. That being said, instead of trying to preserve the protagonist while taking down his foes, your motivation is then to push the protagonist into as much danger as possible in order to achieve those high combo numbers which would result in ranking higher than your peers on the leaderboards.

The underlying goal in Foul Play is to get as high a score that you can possibly push yourself to obtain and be better than your friends on the leaderboards so you may mock their pitiful efforts and bask in your glory. This is where the fun resides; all out bonkers fisticuffs for a shot at being number one on the tables, the sheer compelling nature of competition between friends is what will drive you back to Foul Play again and again just so you can say “Come at me bro! I just bitch slapped your score to the back of the dole queue.”

With great wit and humour, Foul Play is a thoroughly enjoyable brawler that will keep you entertained for a good while. 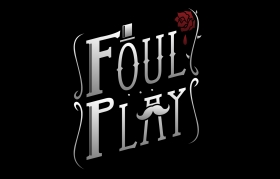