Platformers have always been a big part of gaming for me with Sonic, Mario and just about every IP released in the ‘90s. Finding a new mechanic is a challenge after 30 years, but 2D dimension hopping is a new one on me. That’s what Fractured Soul brings to the table, as crowded as it already is.

I hadn’t realised until I looked into the game, but it’s a port from the 3DS, where it was quite well received according to the Steam reviews. Going into the game, I couldn’t help but wonder if the developers have ever made a PC game before - a quick look at their website suggests that no, they have not. It was painfully obvious when I checked the controls and found them to be the arrow keys as well as comma and full stop - switching to a wired Xbox 360 controller made it abundantly clear, as I found myself remapping every key.

Once that was done, I went into the game and was given minimal context and less story, told via on-screen text. You’re a soldier exploring some colonies that have gone dark, trying to escape it whilst avoiding various enemies, security devices and environmental hazards. You do this by using your ability to shift into another dimension where things are slightly different - maybe the platforms or ladders are in a different place, or the enemies are not there. It takes some getting used to, given that both realities coexist on your screen: one at the top, the other on the bottom. 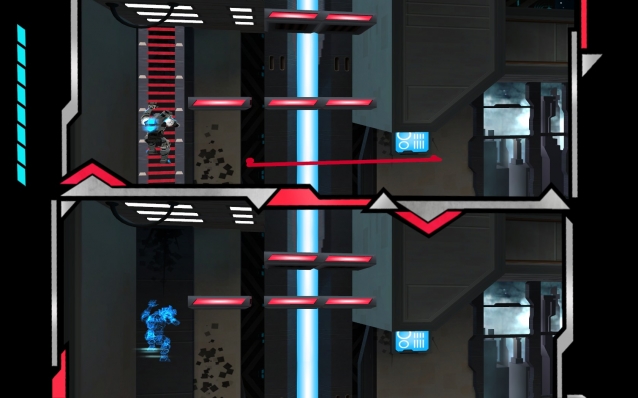 The main thing about this set-up is that you can easily see it on a 3DS - one dimension is the top screen, the other is the bottom screen. But needing to keep an eye on both halves of a monitor is trickier, especially as things continue on in both dimensions concurrently. If you need to reach a higher-than-normal ledge, then you can shift into the dimension filled with water - but keep an eye on the other one just in case you’re going to shift back into a forcefield or bottomless pit!

There is the option to go two-player, which is honestly not ideal for this game. When player one swaps dimensions, player two takes control and vice-versa. It would be more fun in a game meant for humour, but this requires both players to be completely in sync - so don’t bring along your buddy who plays LEGO games with you and just keeps hitting X. 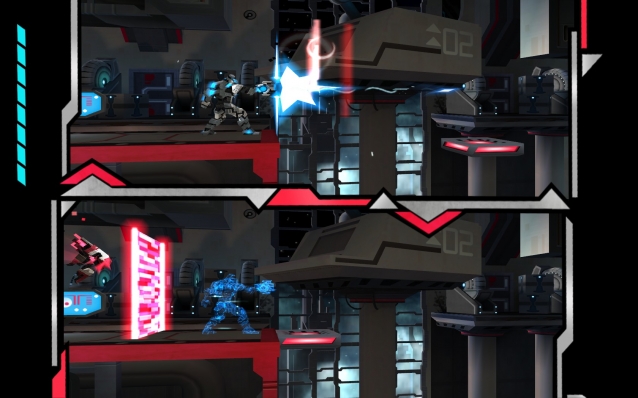 As you progress through the story, you get to a ship and jet off into space. These are SHUMP levels that see you scrolling up the screen, dispatching enemies in both dimensions to keep your bar filled - though what the bar is, is a mystery. It acts as a health bar, and that’s really all you need to worry about as you keep an eye on the left and right of the screen - which I found much easier to do than top and bottom.

As each level records your time, you will want to replay them to try and get full points - prove yourself on the leaderboard. That is, if you enjoy the game enough to want to do so. The difficulty curve is fair, but the constant juggling between two halves of the screen can ramp it up. Especially when being chased by a moving laser and attempting to keep up with a moving platform which is only present in a single dimension.

My only major complaint is about the graphics. As well as not mapping the controls very well, developer Endgame Studios didn’t do a very good job of converting the graphics from the 3DS’ native resolution to a full-screen game. And as it came out on the handheld in 2012, the pixelation on some of the graphics isn’t very acceptable - though it is priced quite fairly. 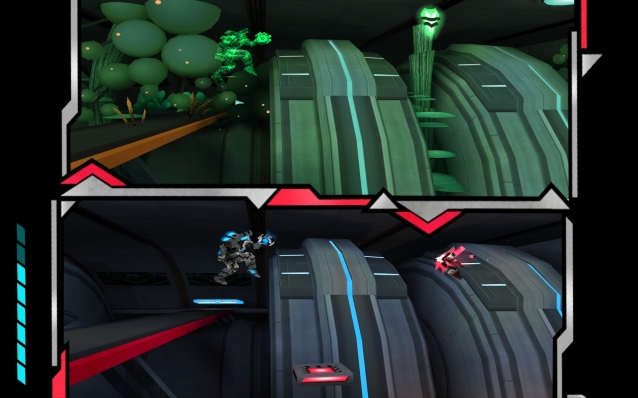 Fairly challenging with an interesting dimension mechanic, but some poorly upscaled graphics and bad key mapping make it not a great port.