Rhythm games don’t always have to be about hitting a note, copying dance moves, or sabering a block in time with the music, and FUSER is here to prove that. Instead of taking the usual approach of playing a predefined song, FUSER allows you to mix and match songs from some very different genres. From dance music to country, pop to rock, there’s a bit of something for everyone’s tastes on offer. What it comes down to is how well you can put those songs together to please the crowd. 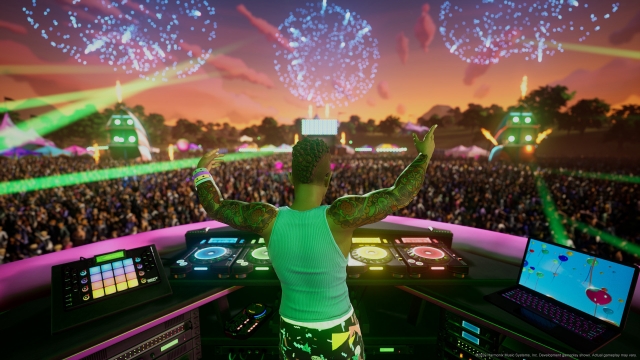 Mashing up two or more songs isn’t something new, chances are you’ve heard something on the radio or know songs where the beat is from a different track than where the vocals and instruments are from. It’s been around since the early eighties (possibly earlier?) and the real trick is finding the sweet spot between two completely different tracks. DJs have been playing back acapellas (just the vocals) from a track over a beat for quite some time, but only particularly recently has the technology become mainstream for DJs to be performing these mashups live, with the availability of songs being purchasable in their stem formats, where each part is already separated. It’s along these lines where FUSER steps into the fray and puts a gaming spin into the mix.

You take a selection of songs into each “level” and have to use those songs to perform a mix that keeps the crowd entertained. Each song is already broken down into its appropriate parts, so you can for example, drop the beat from Lady Gaga’s “Born this Way”, with the bassline from LMFAO’s “Party Rock Anthem”. Throw a synth layer from Fatboy Slim’s “The Rockefeller Skank” and lastly the vocals from “(Don’t Fear) The Reaper” by Blue Oyster Cult. It sounds weird, but trust me when I say Harmonix really have this nailed down in how to get the songs to blend. Sure, there will be some combinations of elements that really sound iffy, but there’s also a much higher chance that you’ll find ones that do work - and when you do, you can save those combos to bring back to the fore at any time. 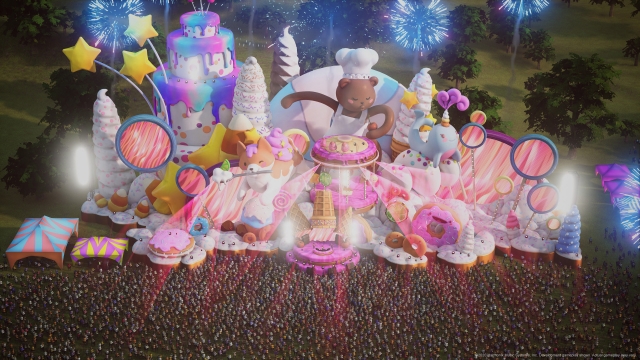 This also isn’t the first time Harmonix have dabbled with this idea. DROPMIX in 2017 used a similar idea of mixing up stems of track, but needed an external peripheral with a Bluetooth connected device to use. FUSER forgoes all of the additional peripherals that are synonymous with music rhythm games, and instead needs nothing more than you and a controller. This small fact allows it to be played without having to dedicate space in your under-stairs storage to a couple of plastic instruments. That - and you won’t lose your carefully curated card collection in the loft somewhere.

Visuals are pretty much on par for a Harmonix title, with the usual affair of customising your character throughout the game with various unlockable outfits and various stage shows happening in the background whilst you plan your next musical drop. Honestly, I didn’t find myself engaging much with what was happening on screen, choosing to just vibe with the music instead. You’ll get some onscreen prompts from the “crowd”, which give you additional challenges to complete during the performance, which can lead to some unexpected mixes of tracks as you drop something in that you hadn’t planned to please the crowd. 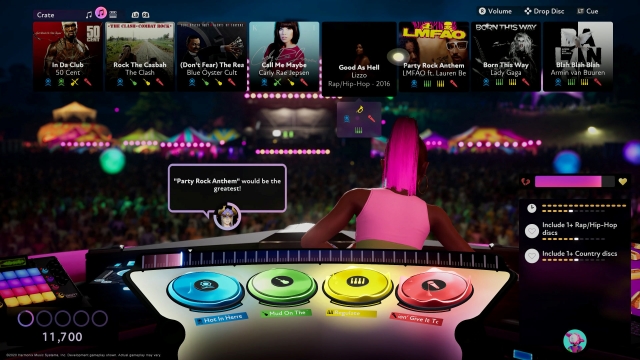 For me though, I had the most fun in the freestyle mode, where you can define your own crate of tracks and just have fun with the music without worrying about what the crowd wants. I’ve tried many different software over the years that do similar things and spent hours on those, and now I have FUSER to continue doing so, with the added bonus that all of the technical side of picking and splitting samples has been done, so I can just enjoy the music.

FUSER (Reviewed on Xbox One X)

I can see myself spending a lot of time with FUSER, as I regale moments of my youth with various software that didn’t have any of the shine present here. A music game without custom peripherals is a breath of fresh air - both in reducing the cost and in showing that it’s about the creativity of mixing tracks, rather than just playing back some buttons in time with the screen.

Is a pair of fully working ears a requirement for this or would one suffice?

One will suffice. Just means you get to turn it up LOUDER.