I remember the shock at IO Interactive announcing that they were going to release the new Hitman game episodically, and while I still believe they could have handled the press better, I’m starting to think they know what they are doing. However, I’m still not jumping through hoops at the prospect of consumers paying for content that has not been finished.

The second episode sees Mr. Baldy visiting Sapienza, a fictional Italian town set against the backdrop of the Mediterranean. Agent 47 must dispose of the highly superstitious Silvio Caruso- a bio-weapons engineer, with a bit of a penchant for golf. The story is still in its infancy at the moment, as we haven’t really been given enough to understand what’s going on.

Many of the James Bond films over the years have used Italy as a backdrop for set pieces and chase scenes. From Russia With Love, For Your Eyes Only and even the classic Moonraker had scenes filmed in Italy. Sapienza, clearly inspired by the James Bond films of the ‘70s and ‘80s, is a sun-filled, idyllic, coastal town, otherwise referred to as “the jewel of the Amalfi Coast”. Heavily inspired by classical Italian architecture, the town is gorgeous, and shows off the graphical power of the Glacier 2 engine. 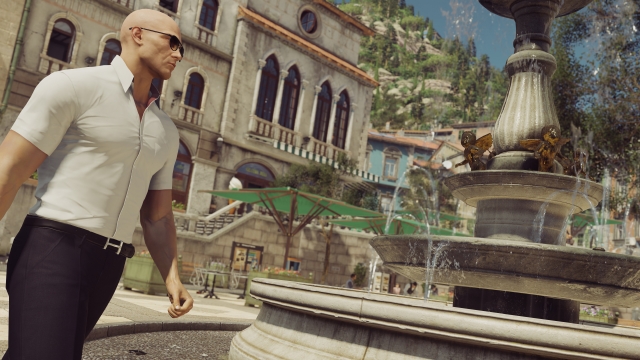 The story mission is excellent, and really gives players a chance to explore their murderous creativity. If Paris was the excitable and youthful debut, Sapienza is the intelligent and confident sophomore album. Everything about it oozes self-assurance from the developer, they know exactly what their fans want. The level is filled to the brim with content: there are multiple ways to dispose of contracted hits, alongside all the different guises and and items available. I often find new items and sub plots every time I play the game, giving me yet another reason to replay Sapienza for the 13th or 14th time.

The escalations are one of the strongest assets the Hitman reboot has. They start off as a simple hit: get in and out, kill the person, try not to get spotted. But with every level successfully completed, a new objective or modifier is applied. So the game might expect you to take out another person as well as the original target, or simply just stay undetected. The escalations give players a chance to learn Sapienza, all the ins and outs and the most productive routes. After a bit of practise I learned the perfect route that enabled me to remain invisible and avoid all the cameras.

Invest your time in Hitman and you will be rewarded. As you play Sapienza, alternate start points and weapon drops become available. As I unlocked more variations, I was able to start having more fun and generally just try some weird things- I spent ages playing around with the proximity mines, lobbing them in places that would create some interesting body physics in regard to where NPCs would land. 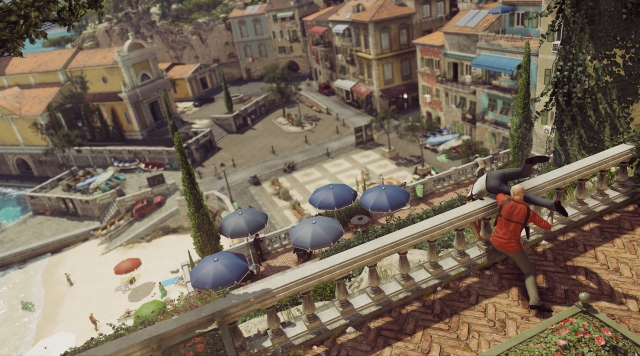 Sapienza lets players roleplay as any action hero they please. If run and gun is your preference, pick one of the heavier weapons and go to town. Want to pretend you’re a hairless James Bond? Pick up that silenced pistol and sleuth your way around the mansion, being lethal or passive- it’s your decision. The term sandbox is thrown around carelessly these days, any game with a large world and a reasonable amount of collectibles is seen as a sandbox experience. Hitman plays true to the term and actually offers you a near limitless amounts of ways to experiment and enjoy each level. Rather than having you mill about collecting feathers and other arbitrary items, it lets you hunt out other ways to kill someone, or hunt out the easter eggs hidden throughout each level- Release the Kraken is probably one of my favourites, an unusual but rather funny event.

Sapienza is one of the best-designed levels in the history of Hitman, and is definitely up there in the history of gaming in general. It is easy to berate IO Interactive for their episodic release plan, but they are doing a great job so far. Other than the occasional performance issues, Sapienza is flawless. I genuinely can’t find anything to fault about the level design, art direction or even the narrative (so far).

Sapienza is an impressive addition to the Hitman reboot's library. It's incredibly well designed, packed full of content and absolutely gorgeous. You'll be hard pressed to find a better Hitman level.