Iron Harvest is an RTS game that takes place in the 1920s, and was developed by King Art games, and published by Deep Silver.

There are three campaigns available which have you playing as all three factions. The factions are called Polania, Saxony, and Rusviet. The campaigns are interwoven with each other and while you’ll have a few questions after the first campaign, they should be largely cleared up by the end of the campaign. There is also a little girl with a bear in the first campaign and she is adorable.

The second method of winning the game is to destroy the enemy headquarters, which will stop enemy units from spawning. After destroying an enemy headquarters, you simply have to kill all the remaining units to win the game. However, things aren’t what they seem. If the enemy team has an engineer their headquarters can be rebuilt quite quickly.

The game also allows you to upgrade buildings, this will grant you bonuses from more resources to better units. In the late game, it is always better to have a few buildings that have been upgraded.

The main gameplay loop of this title really is what will keep people hanging around and keep the player base and game alive for years. The matches start off small with infantry fighting one another and then as you get later into the game you have mechs going against each other battling for control of the map and to decide which mech is better. The mechs really do have an impact on the whole gameplay including infantry because when your mech runs around, they will be squashing buildings and destroying every single piece of cover on the map if you don’t play carefully when controlling them. So the mechs really are two-sided beasts, they can destroy you as well as help you incredibly. 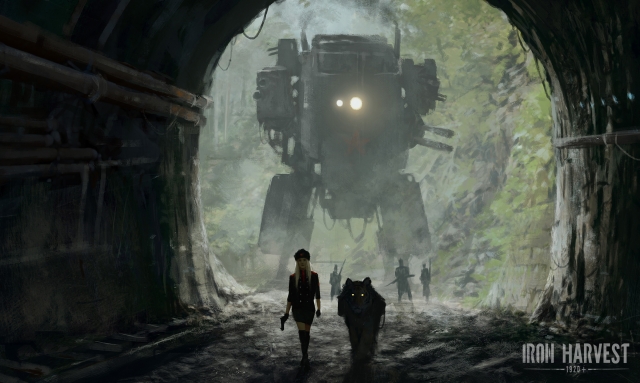 The cover system in Iron Harvest can also be detrimental or very helpful; it really just doesn’t feel right when choosing to find cover. I found this out in the tutorial mission, essentially in the tutorial you play as a little girl having a friendly game of snowball wars and you must attack five boys with snowballs. This acts as a tutorial for the game’s cover mechanics, although, when using these mechanics as the little girl, I found that my shots just weren’t hitting enemies, the cause could be that the player model is so small in comparison to the rest of the models after the tutorial. Luckily in the main game you can still shoot enemies while in cover but when you are clicking for your character to go into cover it doesn’t feel responsive, it's like the characters have a mind of their own.

The early game is a tactical battle that could also indicate the outcome of the endgame, in the early game there are anti-infantry mechs. That will essentially pose a huge threat to all of your ground units, luckily, there are anti-mech infantry to help you deal with any mechs that happen to be on the battlefield. The mechs are a lot weaker when attacked from the rear. This really does play into the tension of a normal battle and encourages you and your ground units to find flank paths to deal with those pesky machines.

The audio in Iron Harvest is amazing, the soundtrack really sinks in while you are controlling the battles. Pair this with the sound of enemy gunfire or the terrifying noise of a mech and working out whether or not he is on your team, the game really feels alive when talking about its audio. The sounds of enemies firing their weapons really does sound realistic and not only that, it also helps you locate any enemies that you haven’t found and points you in their direction based on the gunshots. 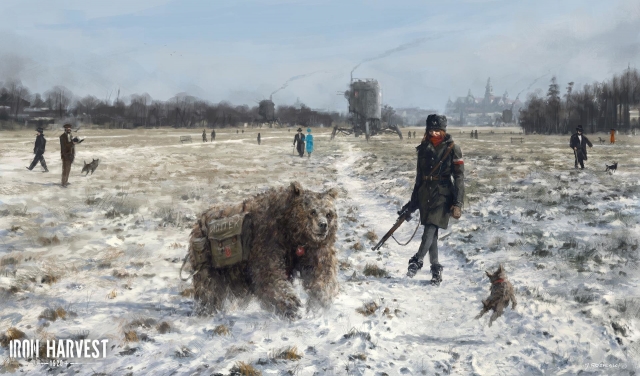 Defensive buildings like bunkers are also very helpful after the early game, they will stop enemy infantry from getting to your headquarters. Mechs are very useful in Iron Harvest but to really experience the potential they have, you need to keep an engineer close to them whenever it is possible to do so. While the mechs are strong and have quite a bit of hit points, anti-mech infantry will destroy those quickly. With an engineer close by, they will heal the mechs and keep them in the fight as long as possible.

When the aggressive and bigger mechs come out onto the battlefield, infantry still has a huge impact on how matches play out. Whilst the mechs may be able to destroy everything with ease, mechs can’t capture control points and whilst you could take them straight to their headquarters, enemies will be trying to do the same thing or may have thought ahead and assigned a few anti-mech units to guard their headquarters.

All the game’s factions and troops are equally balanced and battles are never a one-sided affair, however, the early game plays very slow. Whilst in my opinion this isn’t a bad thing as it allows for strategies and tactics before trying to annihilate the enemy forces, nonetheless, if you prefer fast-paced real-time strategy games you probably won’t enjoy this game as it is a slow-paced title.

Overall, I loved my time that I spent with Iron Harvest and I can’t wait to convince some friends to get it too so we can have some skirmish battles.