Holy war time! Yep, Lionheart: King's Crusade is a real time strategy based on one of the most infamous wars ever; the war between the Christians led by King Richard, and the Muslim armies of Saladin, both fighting over the holy land known as Jerusalem. This places you in the era of the Third Crusade, spanning the years 1189-1192. With this, you can expect a series of battles that take you throughout the Middle East on a drive to conquer all 16 kingdoms in the region - not forgetting the tonnes of gruesome bloody battles you will have on the way! 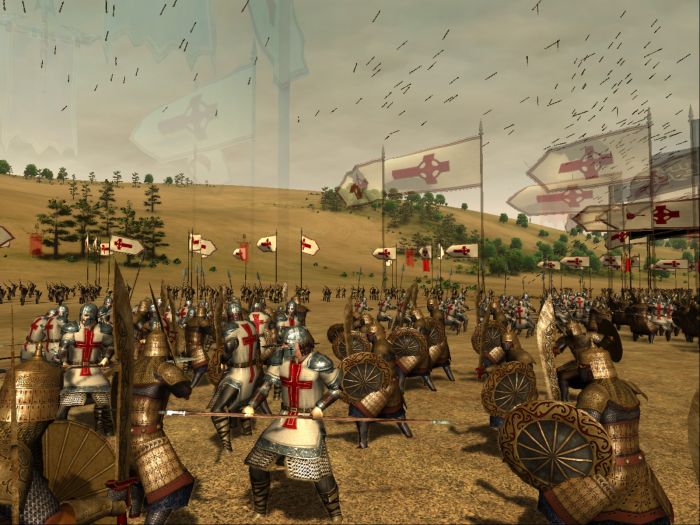 As you could expect from a RTS game you can play as both armies in this war, which gives these types of game a lot more depth as you are able to see the points of view of both forces. This means you will be able to control the forces under the control of the Christian King Richard, as well as being able to play as the armies of the Muslim Saladin. These are split off into two separate campaigns which are able to be played from the start. Both campaigns have you fighting over the 16 regions, be that by attacking and holding towns under siege, or being forced to defend your own from an onslaught of ruthless enemies. What makes this campaign a little more special is the things you are able to do when you are not cutting off the enemies heads in-between missions. The map view offers the chance to rest your armies, dole out experience points to hero units and regiments, and buy or sell entire squads or pieces of equipment. Captains can be assigned to groups, priests employed for a motivational buff, or healers to patch up your units on the fly. I found this feature extremely clever as it got me to play tactically and proportion these 'equipments' out between all of my armies. 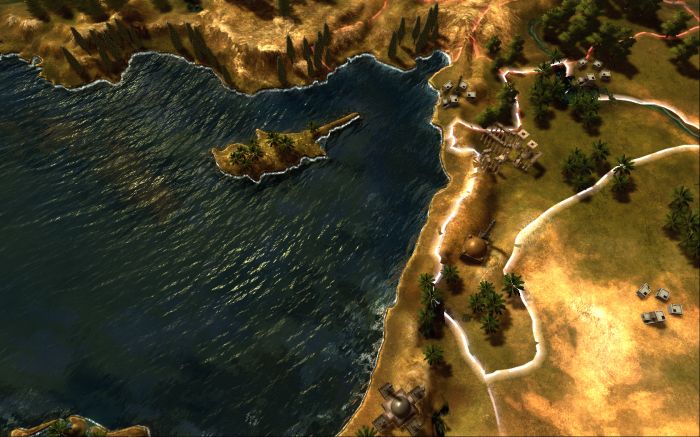 Each of the missions when in battle carry their own objectives, this can range from defending one point while attacking another, to simply controlling all located areas. These little objectives add a bit of realism into the campaign, helping you to think tactically just like the leaders in which you play with. No two campaign missions are exactly the same; this is done by the use of the objectives, which cause a more gripping and enjoyable campaign experience.

After winning the battle and successfully claiming the region the tactical thinking doesn't stop because each region you conquer has between one and four choices – representing the factions in the game: The French King, The Holy Roman Empire, The Templars and The Papal Court. By choosing a faction's battle plan, you gain fame with that faction. Increasing fame with factions unlocks new units, rewards and special abilities so it is very much worth bearing your choices in mind when you want to enhance the strength of your army, thus making you think strategically outside of battle to ensure that you are strong enough to win. 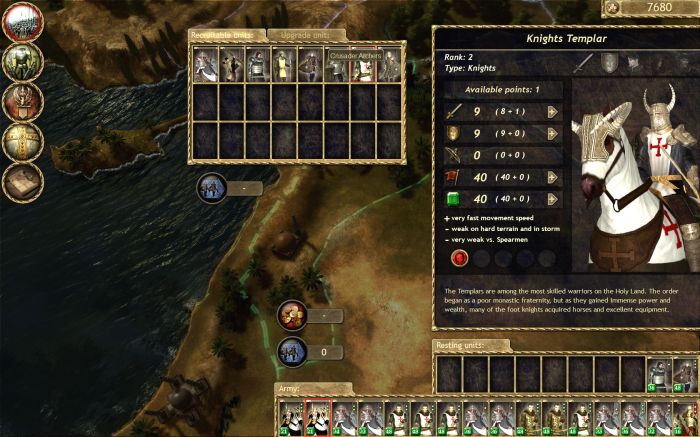 Besides the thrilling campaign the game offers there is also 'Skirmish' mode where you are able to create and play out your own battle scenarios, be that an open Field massacre, or a tactical siege where the odds are numbered against you. Whatever you decide to do on here, you control it - locations, units and everything. This is where I found myself most of the time, just being able to play around and make silly battles like an army full of archers against another army full of archers. Including this feature means the player is able to come back to the game a lot with more options, just because of the mere fact that you are able to control the whole thing and do what you wish.

With a game like this and with what the competitors offer, graphics have to be top notch, and this game does not disappoint. Every unit's armour and movement are just crisp, going hand and hand with the beautiful and highly detailed battle scenery, really making it a good playing experience. This and the thrilling music and sounds of the entire battle just make it all, well, epic! Graphically, Lionheart: King's Crusade, more than stands its ground among other games in this genre. The graphics are sharp, pretty and very functional. 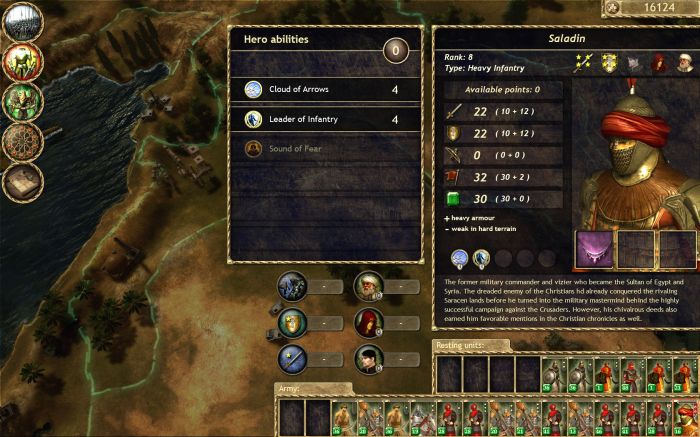 With this 'epicness' does come a fail and that is that this game does not support a lot of computers. It has very precise requirements that need to be met, and I suggest looking up the requirements before any type of purchase is made. Going back to the graphics and sounds, with the all the requirements met, this leads to a very realistic and enticing game.

Now, let's get down to the basic game play. On the field, controlling your troops follows tradition step-by-step. Control-grouping units for quick maneuverability and setting formations is key to success, whilst individual combat stances and correct use of cavalry charges can often sway a conflict towards victory for either side. Now this is exactly how a RTS should be, every decision you make in the battlefield will affect the outcome. I found this apparent when playing through this game, for example, every time I moved a unit away from my main army's formation I found that my opponent started moving its units that way. 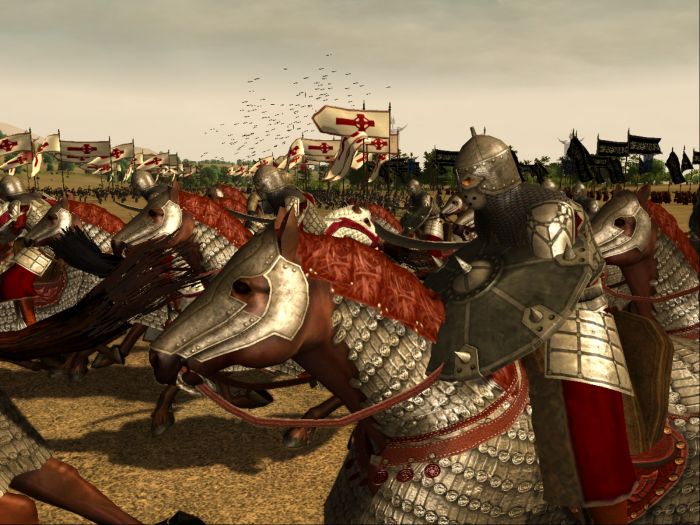 Which leads perfectly onto another good point about this game: don't underestimate the AI. Unlike the AI in most strategic games, this one is hard to predict what it is planning and doing. One minute it could be charging cavalry at your archers, and another, charging more cavalry at the units you sent to help. This AI is smart and tactical and is amazing for players who love a challenge.

Multiplayer feels tacked on. All you can do is take on another player in a head-to-head engagement either under domination rules or in an attacker-versus-defender game where one player tries to wipe out an enemy just attempting to hold on until the timer expires. Both players are given a amount of gold in which they buy their units for the battle, which helps it feel more strategic but it just does not appeal personally. I just believe they have forced the multiplayer into this and not given it much thought or time. 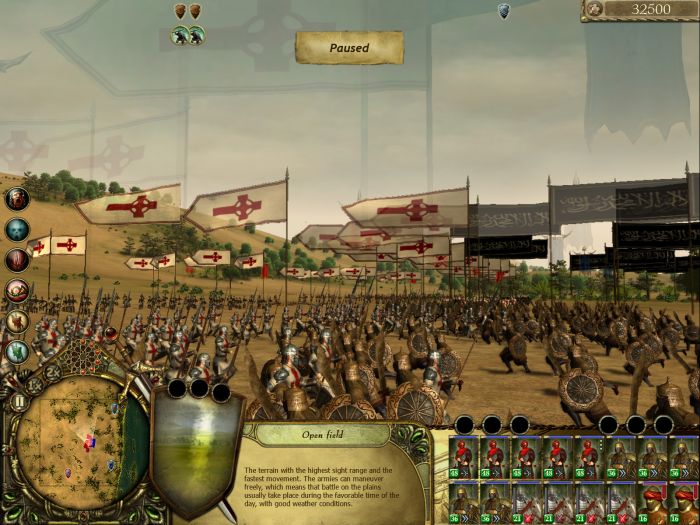 All in all, Lionheart: King's Crusade is a extremely enjoyable game. The graphics and audio fit perfectly together especially when it comes to heated battles. The game offers more then just a basic campaign, which means you are able to play it repeatedly and not ever get bored of it. The campaign alone is not simple or boring and has to be one of the best I've played from its kind. The multiplayer is an extreme let down to this game so far but it doesn't rule out the possibility of the multiplayer improving with either some DLC just to add more playlists or game modes to spice it up a bit. One thing I came across in the game was a little crash bug, which can be extremely annoying, but overall this is a extremely good and an addicting game and I'm more than happy to recommend it to anyone who enjoys these sort of strategic games.