There’s an unwritten rule of time trial games that allows them to tiptoe along the line between frustrating and satisfying. The difficulty needs to be consistent with new mechanics brought in to challenge the player by making them consider alternate routes. Lovely Planet Arcade does not do this, and it’s attempts to tiptoe the line make it fall directly into rage-inducing.

Instead of introducing new mechanics to build on top of old ones, Lovely Planet Arcade cherry picks its mechanics for each level and effectively forces you to down a specific route. This - for me at least - robs me of a lot of the fun of finding the fastest route, since the fastest is so obviously signposted, either by impassable barriers or time-sensitive enemies.

As with Lovely Planet, you play as a faceless being with a scatter gun who has to shoot the bulbous enemies, but the aesthetic is where the similarities end. Gone is the verticality of Lovely Planet, replaced instead by a Wolfenstein 3D style locked vertical camera view - you can’t look up or down. You can jump, but it’s a method for dealing with a specific enemy type and can’t get you over any of the low terrain. 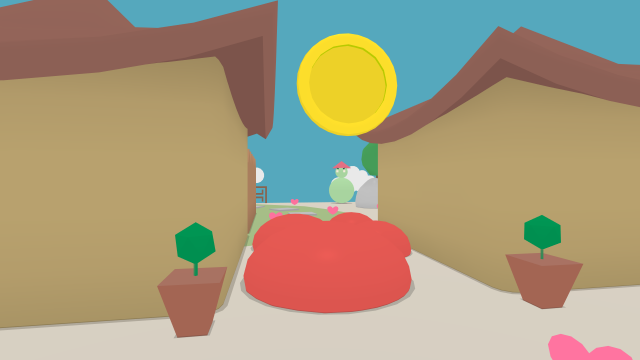 I'm pretty sure this is a trap

The different enemies all look the same, except for an insignia on their chest that signifies what will happen when you shoot them. If they have nothing, nothing will happen obviously. The enemies sporting a dot on their chests will temporarily freeze time, stopping you from being able to move but allowing you to aim and shoot and the otherwise frozen enemies. Those with a spiral will teleport you to their location after a similar time freeze. An X will make you blind until you interact with something else, either shooting another enemy or collecting a coin. Those with a heart can’t make up their minds what they’ll do, ranging from immediately ending the level to being invincible.

The early levels are all exceptionally easy: Lovely Planet Arcade ranks your time with three stars and I got all three stars on the first chapter of levels, often on my first attempt. The later chapters start increasing the variety of enemies and increasingly feel more and more unfair until I reached a point in the fourth and final chapter of the game that I couldn’t complete a level. Because you die in one hit, I cannot see how to complete some of the levels in the game with the tools the game has given me. Too often, an invincible enemy will spawn with the gun that just needs to fire in vaguely your direction to instantly end that run.

Fortunately, you can restart levels instantly: The level’s small size and simple appearance mean that there are no loading times between resets. This lead to me repeatedly throwing myself against the same obstacle and getting increasingly frustrated that the only path required such precise timing to pull off that it was next to impossible. Having the power-ups on the enemies meant I wasted so much time creating muscle memory to be able to make perfectly timed shots practically - or literally - blind. 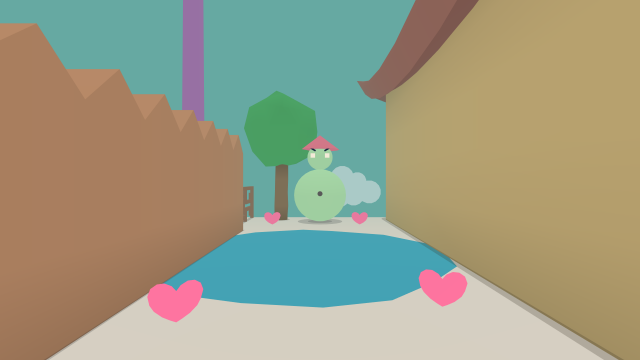 There's probably a bomb behind me

This is where Lovely Planet Arcade loses me, because I didn’t find it satisfying. The whole appeal for me to play time trials is the relief, the satisfaction, of beating a difficult time, of perfecting a path. The early levels were too easy to be satisfying, the later levels were too reliant on trial and error and repeating a run until it legitimately was perfect that I was too annoyed to feel relieved that I’d completed it. Instead of manipulating the game and its mechanics to improve my times, the level design was using the mechanics to stop the player going off track.

Lovely Planet Arcade is what happens when you create something in a genre you’ve not understood, which is strange considering the team got it so right only two years ago. I found it too frustrating and really haven’t enjoyed my time with it, which is a shame because it could have been so much better.

Verdict: A sequel only by sight, Lovely Planet Arcade is too frustrating to be enjoyable despite its pedigree.