If you're a fan of Mario Kart, you might've wondered if Mario Kart Tour is worth the download on mobile, and after a few hours with the game, I think I have enough information to help you make a decision.

Before we get into all the details, I want to warn you that you might need to go the extra mile to learn a bit about the game if you decide to play it, as Nintendo made the unfortunate decision to add basically no tutorials. Although it's not incredibly complex, it is a bit confusing and convoluted, but once you start to get a grip on it, it becomes quite simple! Especially because you have multiple options for steering — you either use your fingers (which is a bit uncomfortable), or you use your phone as a steering wheel, which is comfortable enough!

Now, this entry differs from the original franchise in a few ways, but the main one is how the building system works. In the other entries, vehicles have their own stats, which has caused some of them to become incredibly irrelevant and useless. Thankfully, in Mario Kart Tour, every kart plays the same as the others but gives a different score depending on its tier on the track. Allow me to explain! 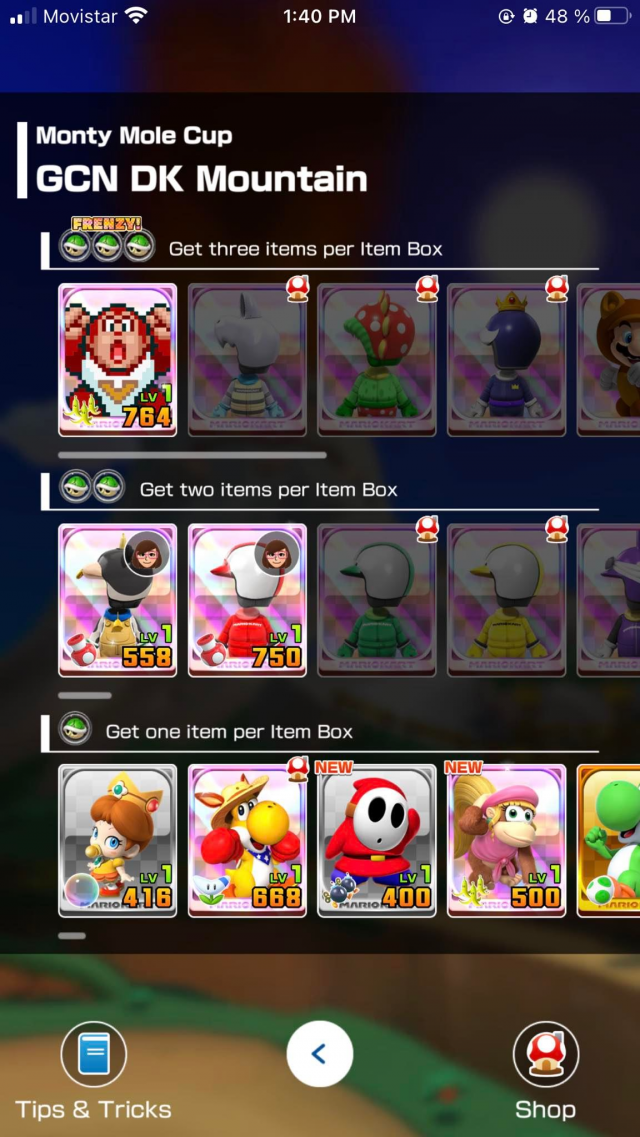 In this entry, you'll be hoarding up three different cards: drivers, karts, and gliders. Each track that you play has three different tiers on the three categories, and each tier and category affect the score differently. Whilst this sounds confusing and complex, I promise it's not that difficult once you understand what's happening!

In short, drivers of higher tiers will offer a higher chance of going into a frenzy (which increases your points by quite a bit!) and how many items you'll spin when you grab a Question Box. Karts will affect your bonus points multiplier, which you get by doing different actions in-game (such as a turbo drift). Finally, the gliders provide a combo bonus plus extend the window of your combos.

This means that your score in each race is affected depending on the combination of the three categories and tiers (of course, your position and actions help determine this too). Although this system sounds annoying and cash-grabby, I've only played for a week and have already been able to complete nearly every course (which usually has three races and a bonus mission) at five stars and gotten 1st place on the ranked cup. This is because the more you play, the more rewards you unlock, making it easier to collect even more stars to unlock more rewards. 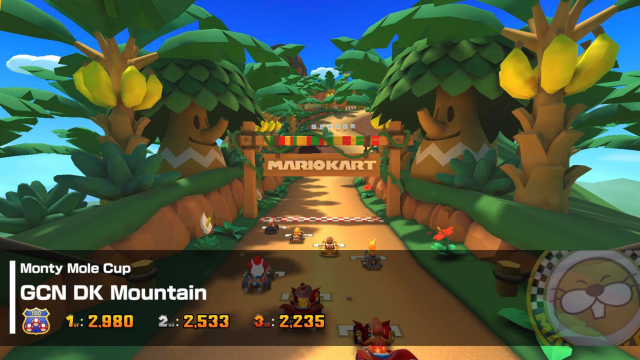 Don't get me wrong — it's still a mobile game, and it's still Nintendo, but it's definitely a gameplay loop that you can achieve if you understand it's a collecting game first and foremost. There's nothing to do but run tracks to get good scores to buy more cards to run more tracks, but if you put effort into learning which cards to go for first, it won't be as daunting.

Aside from doing the usual races, you'll also have some challenges to complete throughout the courses, such as Time Trials and Balloon Battles, among others. Whilst at first I was sceptical of these, they aren't annoying or too hard, but they provide a nice break from the constant races.

In addition to those modes, Mario Kart Tour also offers a score-based ranked system where you'll have to beat your competition's weekly score to win prizes, achievements that you can complete for rewards, a battle pass, and even a chaotic multiplayer mode that gives you rewards. 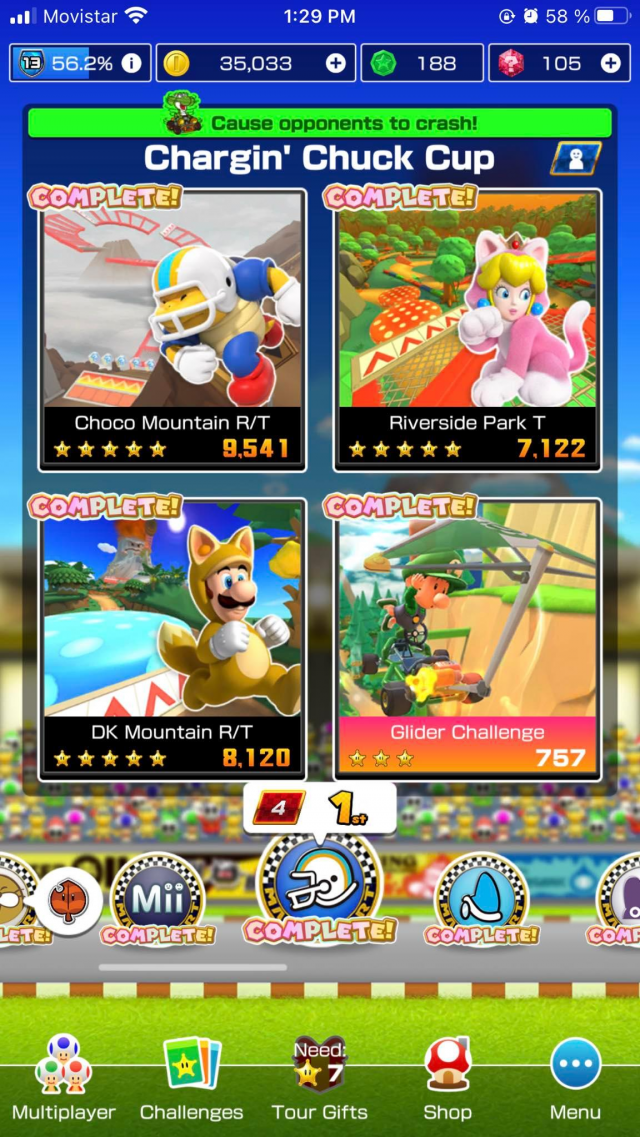 Almost everything you do in the game progresses one of the currencies, which are three total: Rubies, Coins, and Tokens. Rubies are the premium currency that you can get (incredibly slowly) by playing, Coins are awarded for basically everything, and Event Tokens can be acquired via in-game actions, such as hitting an opponent with an item. The good news is that Mario Kart Tour changed its loot box system, as you now have access to a few different shops instead of having to rely only on chance; the bad news is, because of that, you basically have to purchase the battle pass if you want to make progress quickly. However, Nintendo offers a 2-week free trial of the battle pass, so you may try it out first before you commit to anything.

Thankfully, every currency can get you drivers, karts, and gliders, but in different ways; for example, because loot boxes were abolished, you can purchase everything directly with Coins and Rubies, or alternatively, you use the Event Tokens to buy Pipes — the game's only loot box. Although there are other items to get during events, you can buy Pipes infinitely, the only caveat being that they become a bit more expensive with every purchase. I didn't find this to be a problem, however, as you'll also get a constant influx of Tokens as long as you continue to play.

One of my favourite aspects about the shop system in Mario Kart Tour is that the drivers are beloved characters from the franchise we've come to love — you'll find anything from Yoshis and Shy Guys to Birdo and Larry — but in different outfits! This makes it easy to play the game at a slow pace to just collect every card you can, making it a rather relaxing experience. I mean, who wouldn't want a Kangaroo Yoshi or a Fairy Daisy? 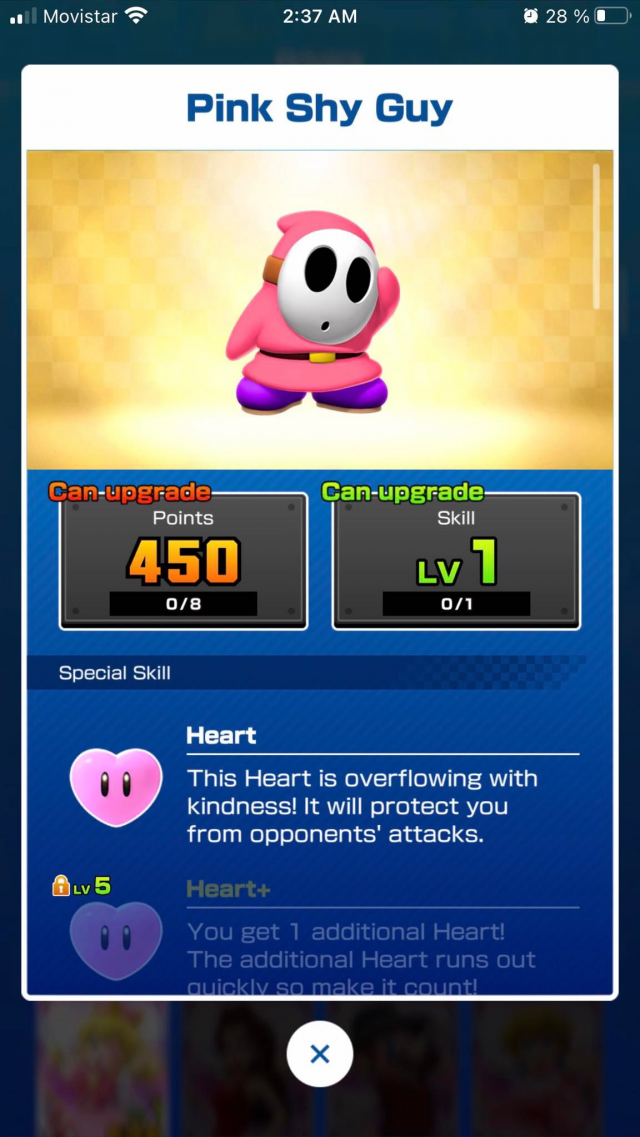 Overall, I was pleasantly surprised by the game, especially when I learned that loot boxes had been removed. There is a lot to do in Mario Kart Tour if you're into collecting, casual games, and Nintendo stuff, and I personally think that the franchise just works better as a mobile game than it ever did as a single-player console title.

Mario Kart Tour makes a surprisingly fantastic mobile game because of the tons of items to collect, the fun gameplay loop, and the short but sweet matches!