Back when FromSoftware was more synonymous with the big mecha battles of Armored Core than the punishing dark fantasy of Dark Souls, the Japanese developer also released Metal Wolf Chaos, one of its most American games ever on the Xbox, flying the stars and stripes with more exaggerated patriotism than any American studio could ever muster.

Strangely enough, even when the whole game was voiced in English, the game was never released outside of Japan, living on as a cult curio on YouTube. How fitting then that after all these years, it would take indie publisher Devolver Digital, with its taste for the underground and absurd, to finally bring the game out worldwide. 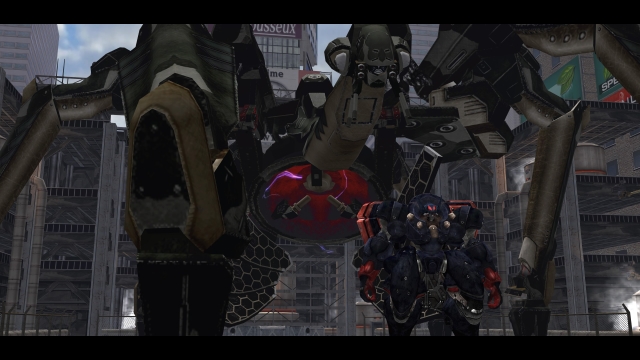 But if the game’s American satire following 9/11 had been a reason for cancelling localisation originally, the timing for Metal Wolf’s international debut in the Trump era is even more peculiar. After all, the hero is the US President who shouts “Let’s partttttyyyyyy!!!” while piloting a big-ass mech fighting a coup d’etat launched by the Vice President and military. However, I also wouldn’t get bogged down on considering the lore or political commentary this game might be offering up like other Japanese-developed games have had to say on America like Metal Gear or Vanquish - we’re not even talking Team America levels of satire here, but just a big dumb and brash game about liberating the US by blowing shit up.

It starts out pretty brainless when you’re faced with soldiers you can just swat like flies just by charging at them or with a ground pound, while some weapons like bazookas and machine guns actually have a huge reticle that makes aiming less of a priority. So once the absurd novelty is over in the first hour, it can all get rather repetitive. 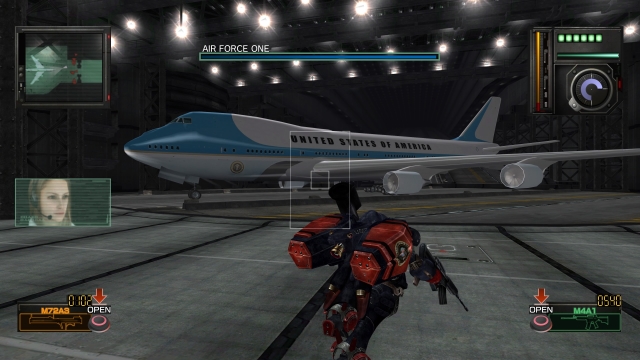 Yet it’s not entirely a cakewalk either. After one mission where you’re just wandering around the map blowing up targets with nary a scratch, you’re suddenly introduced to ones with a strict time limit, while the absence of checkpoints (to be fair, missions are on the brief side) means death, time outs or unwittingly falling into a bottomless pit means restarting from the beginning. Some enemies also surprisingly hit you pretty hard, wiping a few shield units in one fell swoop, or worse, put you in stunlock and subjecting you to another blast.

All the same, unlike the challenging difficulty of Soulsborne, this is much more a case of some frustrating spikes, especially in the final few missions, where the answer is still mostly about unloading all your most powerful ammo and hoping for the best. Otherwise, some grinding is in order if you want to develop more powerful weapons to expand your arsenal (you can equip a maximum of eight weapons, four on each side of your mech, though some really powerful weapons take up both sides). 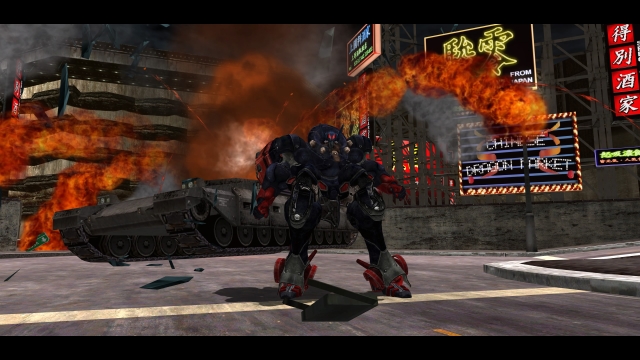 Unlocking weapons and trying to get a high rank in each of the missions might encourage replaying a game that can be beaten in a few hours, though its combo system isn’t exactly explained. Ultimately though, the reason for picking up Metal Wolf Chaos is more for enjoying its ridiculous writing and voice-acting that’s as OTT as they come (“RICHAAAAAAAAARD!!!!!”).

Like Shenmue HD, this isn’t a modern remaster but rather an HD port of the original Xbox game that can run on a modern widescreen and 4K display. It’s not without its flaws though, noticeably an odd choice of subtitles display and inconsistent audio mixing where loud explosions end up drowning out the voice acting, only for the latter to boom during the segments of fake news bulletins in between missions. 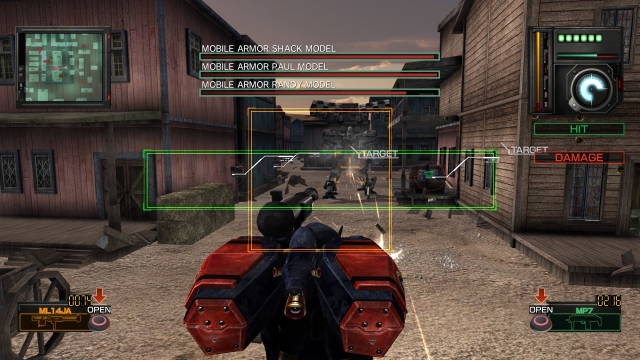 After 15 years, Metal Wolf Chaos remains a cult curio that just happens to be more widely accessible. It’s not big or clever, and as far removed from the FromSoft we know today, but if you need a reason to experience absurd mech battles in America, then the reason is, as the game repeatedly tells you, “Because I’m the President of the Great United States of America!”

Metal Wolf Chaos XD isn’t big or clever, but if you want to get your kicks as a mech shooting and blowing things up while being an all-American patriot, then there’s only one choice - believe in your own justice!