Mount and Blade: With Fire and Sword Review

Mount and Blade is a series I've had the joy of reviewing over its life-span (Original, Warband), from its humble beginnings to now being recognised as one of many PC gamers favoured franchises. While it has never had a direct sequel, this second stand alone expansion, With Fire and Sword adds more to the existing games. The question is, is it worth your time and money? Read on to find out. 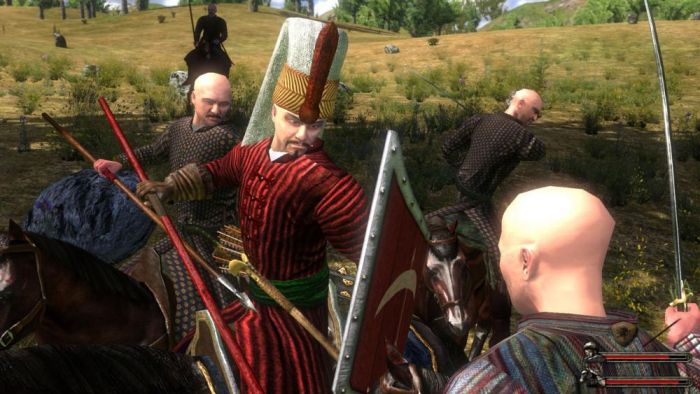 To get this out of the way, the game is not a looker, it runs on the Warband engine so you can fully expect the same graphics as that, which is to say, merely passable and not even the slightest but pretty to look at. Now, with that out of the way, on to the rest of the game.

First of all, the start. As with previous games, you'll create your character – who can only be male, now, with females strangely absent in creation – assign your stats and begin your adventure doing whatever you please, wherever you please. The major new addition, however, and the source of the “Fire” in the name, is the inclusion of guns. Instead of having bows and cross-bows (which are now missing); we now have muskets, flint lock pistols and grenades. Let me tell you - my Hulk Hogan-alike wielding a musket was an awesome moment. 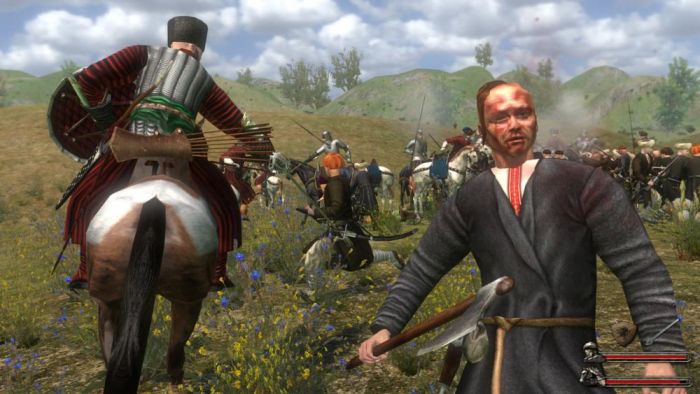 I already hear the cries of “guns will ruin it, they'll be too powerful!” Well fear not, while guns can kill in one hit, they have appalling accuracy (staying true to the period), and they take up-to a full ten seconds to reload; which is plenty of time for you to run and stick your sword into your foes guts, and them to you if you're not careful. The guns also make fights a more tactical affair - whereas before it was simple to just charge your horse straight into an opposing group of enemies and start swinging; you'll want to be careful now as an enemy musketeer could easily get lucky and kill you before you so much as get in spitting distance, making the battle a very short one.

Along side female PC's and cross-bows, things like marriage and tournaments have also been removed - which is of little detriment really, but it's still features removed which were perfectly adequate. In their absence however, are caravans used to trade goods, saving you the leg work of travelling all over finding the best prices for your wares before doing it all over again at a later date - it's a fantastic addition, and though small, a wonder it wasn't introduced sooner. 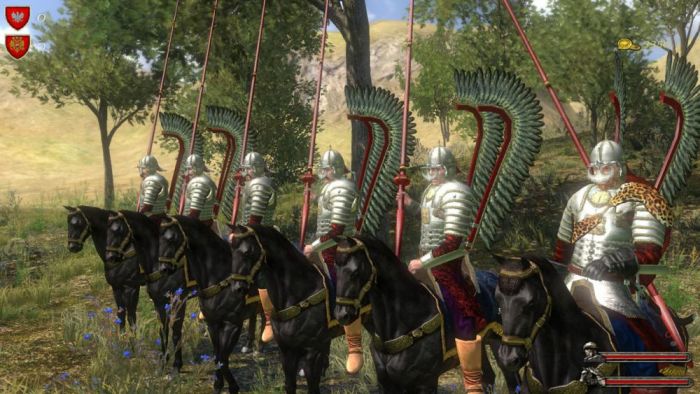 Everything else remains largely the same, but for the uninitiated, it goes a little something like this: in combat, you have four attacks with a melee weapon, each corresponding to which way you move the mouse as you hold the attack button – this also applies to defending. If your foe swings right, you move your mouse left and hit the right mouse button to defend against his attack. It's an intuitive system that works well. Ranged combat is as simple as aiming and shooting, as you'd expect, and grenades are simply thrown.

Once you've mastered the combat you can go around recruiting soldiers and peasents to your cause, leading to you having massive armies you can use to go to war with others', lay siege to castles and pillage and loot towns, and just generally be a grade-A bastard - this is always where the series has been strongest. The quests you'll start out doing are little more than fetch quests and bounty missions, but they're all leading to you being Lord of your own land, so to speak, building your army and making and breaking allegiances. 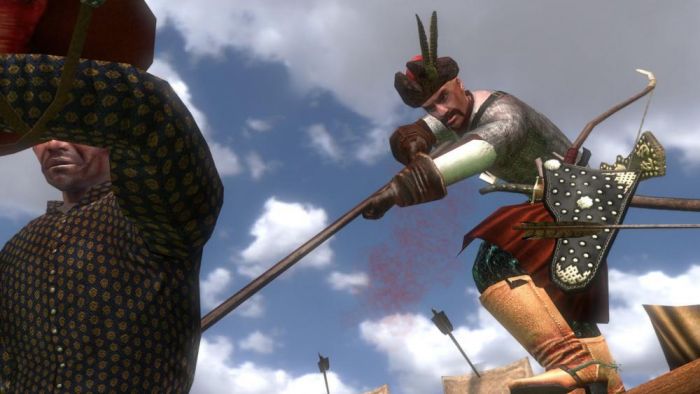 On the note of allegiance, the game no longer takes place in the fictional Calradia; it's now set in 17th Century Eastern Europe with factions like Cossacks and Poles. This adds to the sense of realism in the game, but the map isn't as fun to traverse as the original games or Warband's. While there's nothing inherently wrong with it, it just isn't as varied, the realistic setting meaning no snow covered areas, to deserts to grass-lands. It's just a bit bland.

Multi-player remains the same as before, but with an added game more called Capitan. Here you can take command of a large army of semi-competent AI and do battle against another human commander and their army of bots. While it's fun, it's not as good as playing against a hundred other real people, even if the online battles can result in a clusterf.. you get the idea. 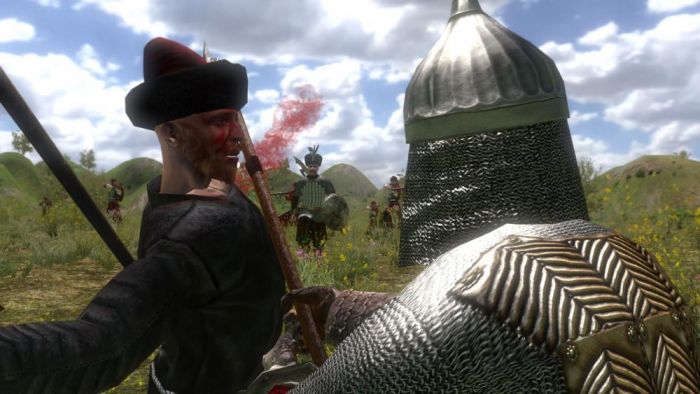 Overall the game is as enjoyable as you'd expect if you're already a series fan, but with strange omissions and the only new features worthy of mention being a new multi-player mode and guns, coupled with the less interesting map, I can recommend it as a series fan, and to support the series' future, but put simply, guns aside, it just isn't as good as Warband.

Mount and Blade is a series I've had the joy of reviewing over its life-span (Original, Warband), from its humble beginnings to now being recognised as one of many PC gamers favoured franchises.