As an Englishman, NASCAR tends to get something of a bad rap for being a rowdy American affair where cars go round in circles at blistering speeds, mere moments away from complete catastrophe at any one time. I used to think the same - speed round in circles and cross the line first, cashing your cheque at the door on your way out. But, having played Heat 5, there’s much more to it than that. 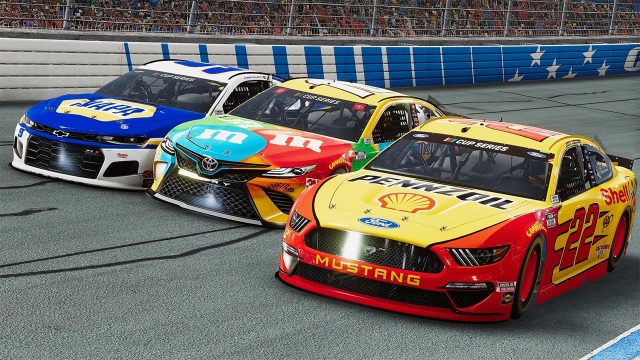 Starting in the lower leagues (given you don’t skip the start of your career mode), you’ll get your start in the dirt racing ovals dotted around the States in the “Xtreme Dirt Series”. Thinking that my previous experience with other racing games would come into its own here, I was instantly handed my cockiness back to me on a plate. To get the best lap times in the dirt races, you need to absolutely nail your throttle control, getting just the right level of slide throughout the corners to come out in the next straight pointing well enough for some speed - but also for the next corner that’s approaching quickly. With each dirt oval being slightly different in terms of overall layout, it’s never just rinse and repeat either. Each course demands its own level of attention; as someone who hasn’t been particularly interested in oval racing found out the hard way.

You work your way through those leagues up to the main NASCAR series, and things once again change. There’s a lot of strategy involved with maintaining a car doing near 200 mph consistently for a couple of hours, added with the stamina required to maintain turning left that often and for that long. 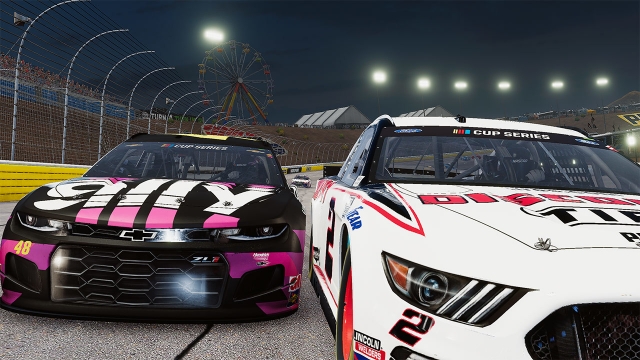 There’s the usual affair of modes on offer too, with Quick Race, Multiplayer, Test Sessions and Challenges rounding it out. Of the four, Challenge mode is by far the most interesting and intense experience of the lot. Placing you into different scenarios from the real-world NASCAR series, you’re challenged to things like changing the course of history by avoiding a massive pile-up, or charging up from the back of the pack after your own nasty spin out. It’s here where I spent a good chunk of my time with Heat 5, constantly trying to complete the given scenarios and getting better each time, closer and closer. It’s one of those “one more go” modes that constantly drag you back because you know you can beat it.

It’s not all tyre walls and crash barriers though, if you’re of the lesser skilled persuasion when it comes to racing games, there’s options available for you to tailor your experience to your playstyle. Allowing it to be as hard, or as easy as you choose. 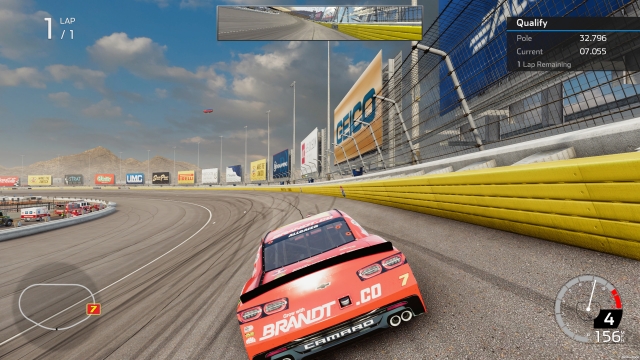 Having not played the earlier iterations of NASCAR Heat, everything here is new to the experience for me, meaning there’s no prior knowledge of what the game consisted of, but there were a few blips on the radar. Firstly, there’s some visible screen tearing and frame drops, even when the game is set to performance mode. Further the menu system and career mode stuff outside of racing is pretty simplistic. There’s no voice acting on offer here, but on-screen text to guide you through. It was also a bit weird being asked to customise my driver on startup, then only getting to pick a fanfare for winning a race, as the actual customisation of your driver happens during the career mode startup. (Or from the other menus before you get there, but that’s still out of the loop from the initial questioning). 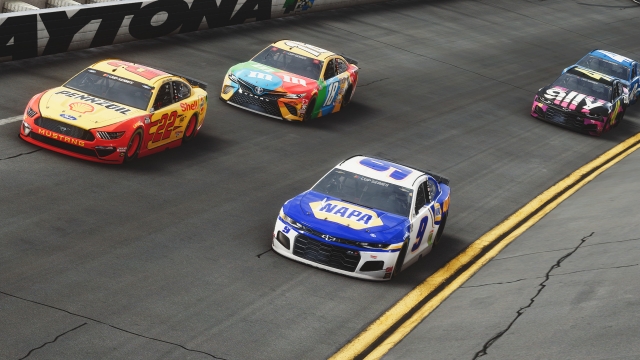 Graphically, it's a pretty standard affair, with the tracks having detailed infield sections adding a bit of life to the area, as well as crowds of people in the stands outside of the track. Interiors of the cars are detailed enough to get by - but that’s the nature of these cars anyway, most of that has been stripped out.

Audibly, the music becomes tiring pretty quickly, with the country-laden soundtrack feeling all a bit similar throughout. There’s a couple of standout tracks, but that’s a largely subjective point. Cars roar around tracks much like you’d expect, though there’s not really much else to write home about, since there’s no voice-overs - barring the spotter.
Overall, the cars handle well, and feel planted enough that it’s a satisfying game to play, and the challenge mode should keep you coming back for a while. But, it’s all packaged in a slightly dull menu experience that doesn’t mirror the excitement when out on track. 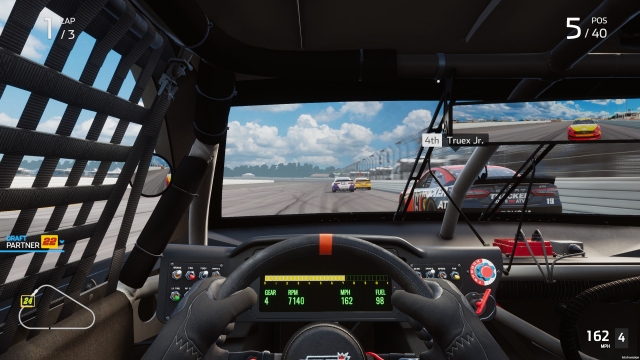 NASCAR aficionados will likely love getting more action where they can, especially with the cancellation of events due to the pandemic at this time, but those that like a more varied racer might want to look elsewhere. If you want to dip your toes in the NASCAR water though, and find out why it’s more than just turning left, HEAT 5 could well be a good shout.