It’s been just over four years since the release of NieR: Automata. Some have come to call it Yoko Taro’s greatest work, some will even go as far as to say it was the best game of the past decade. Regardless of your view, it’s fair to say the overwhelmingly positive reception to Automata has led everyone back towards its predecessor, the original NieR. Given that, it’s unsurprising that Square Enix have allowed the recreation of NieR to give everyone another opportunity to experience the original title.

Without PlatinumGames at the helm to steer the gameplay ship, it was going to be hard for NieR Replicant to stand outside of Automata’s shadow. Despite being a remake of a previous installment, it’s being thrust into the limelight of a generation defining game. 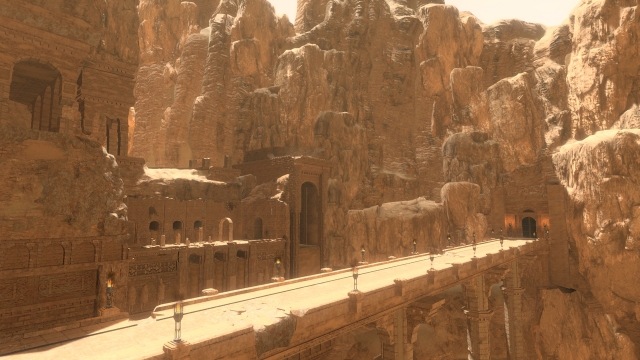 In some ways, NieR Replicant surpasses Automata whilst falling short in other areas. Narratively, the game is a masterpiece, with staggering characters who carry you on their journey. Replicant tells its story with a sense of purpose, as the protagonist aims to find the cure for his sister's terminal illness, the Black Scrawl. Aided by the foul-mouthed Kaine and well-mannered Emil, our main character refuses to allow anything to get in the way of their goal. The story is well-paced and does an excellent job of crafting a sense of urgency without making the overall plot feel rushed.

A story of life and death, it’s a brother's commitment to save his sister, allowing very little to derail his momentum. A lot of RPGs can make the end of the world seem like an afterthought, but our precious sister Yonah is constantly at the centre of our thoughts. Regularly checking on her after quests, NieR Replicant makes you care for the young girl with constant reminders of her, her illness, and our ultimate goal - saving her life. It’s a gut-wrenching tale, accompanied by one of the most stunning game soundtracks you’re ever likely to hear. Every piece of music matches the tone and setting of this world perfectly. 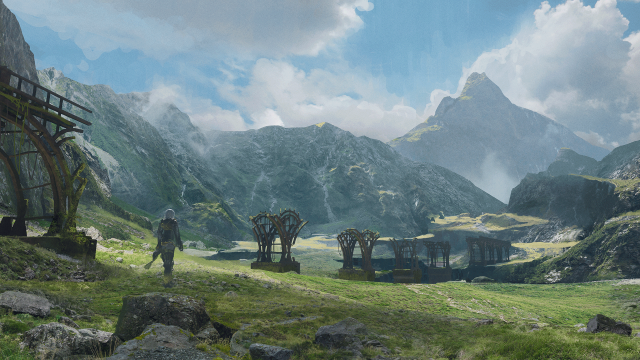 With that though, we move onto arguably the biggest question about NieR Replicant - how’s the gameplay? Despite being a vast improvement over the original, it still falls short of what we experienced in Automata. That being said, the overall feel of the game is a lot better than I think most people would have anticipated. With much more emphasis on blocking during combat, rather than dodging, the general flow of gameplay is turned on its head. Blocking attacks isn’t difficult, and dodging is still a tool you have at your disposal, but it definitely lacks the fluidity of having a dodge button that basically trumps everything you encounter.

There is a nice variety of weapons however, with each one having a simple yet unique combo. Sometimes basic is better, which is applicable to understanding what weapons are the most useful too. Weapons are easy to upgrade, and you aren’t likely to have any confusion about which one does the most damage either. Despite significant improvement, running around the world of NieR Replicant you cannot help but notice the game's biggest weakness - repetition.

The side quests themselves are mostly the typical fetch quests. Go here fetch so many of these and so many of that, then deliver it. That’s the trend throughout your time with Replicant. Occasionally, you’re blessed with a touching side story that was worth your time, but the overwhelming majority is just generic filler. Which is a shame because when you’re travelling through this world, you’ll notice how stunning a lot of it can be. 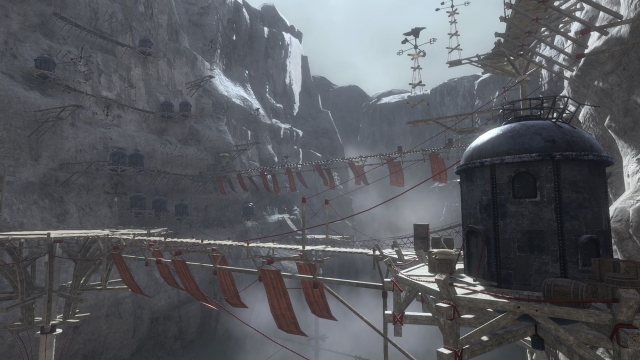 Visually, this is a big step up from the original release. There is a lot more personality to be found in the world of NieR this time around. Of course, some areas are still just big open spaces, but the town's feel like real towns. There’s a relatable life to these places, they aren't just big, over the top places for the sake of it. They’re communities, with distinct personalities, and the design of each place you visit reflects those people living there. Which leads us nicely into what blew me the way most with NieR Replicant.

The characters in this game are fantastic. Whether it be the main characters you deal with regularly, or the side characters that are a back seat to the narrative, NieR Replicant does an excellent job of making you care for these people. Not just as individuals, but as the communities and towns they’re a part of. That sense of community really drives up your investment, even when it comes to some of the more minor characters.

A lot of NieR Replicant’s improvement comes from the higher budget and lessons learned during the development of NieR: Automata. This is a faithful remake, with some new content sprinkled in. What it allows is the realisation of some of Yoko Taro’s quirkier ideas to be better implemented than before. Despite less restrictions, Taro remains true to the original game's vision, taking this opportunity to make the experience feel better and allowing more access to players who may not usually be interested in such a game.

My time with NieR Replicant was fantastic, with one of the best stories I’ve experienced in recent years. Returning players will know what to expect, but newer players are in for a treat here. As a game, this is nothing but an overwhelming recommendation, with every aspect of the original improved in some way in this remake. Of course there will be comparisons to NieR: Automata, and in that regard, I believe Replicant falls ever so slightly short of the mark, and falling just short of a generation defining game is a compliment to how well done this remake is.

An improvement in every sense, NieR Replicant is an absolute blast. You’ll love the characters, the world and every little detail you can think of. Prepare yourself for another one of Yoko Taro’s wonderful, yet emotional, rollercoaster rides.