Before the way things are in the world right now put everyone’s plans on hold, I was meant to be flying out to Japan this spring. It’s then been a consolation that I’ve still been able to be a virtual tourist thanks to Persona 5 Royal, a game that’s as much a Japanese social simulator as it is an epic JRPG pitting you against society, politics and gods.

Where past instalments of the high-school set series have been set in fictional coastal, port island or rural towns in Japan, Persona 5 takes place in the hustle and bustle of Tokyo. And while this isn’t a hyper-realistic open-world, the game’s recreation of iconic tourist destinations like Shibuya, Shinjuku and Akihabara, or postcard snapshot hangouts of Tokyo Skytree, Meiji Shrine and Jinbocho’s dusty bookstores nonetheless capture the authenticity of a city that gradually opens over the course of a school year. 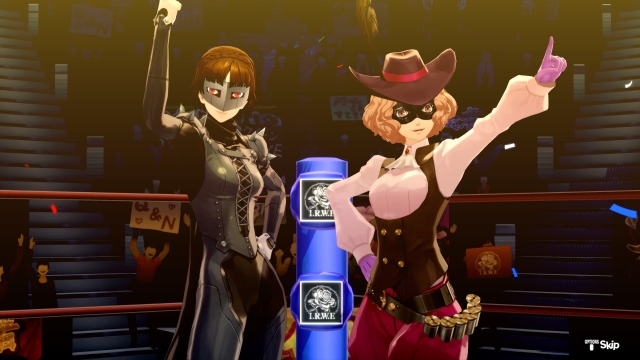 Much like Persona 4 Golden before it, Royal is an enhanced and expanded re-release. Not merely content with tacking on post-game DLC, it has completely new story content, interactions and features that are integrated throughout, making the whole game a fresh experience for returning players.

As a high school student framed and tarnished with a criminal record, you awaken with the power of personas, supernatural entities manifested as mythological beings and deities. Banding together with other misfits facing their own personal injustices, the Phantom Thieves set out to reform society by stealing the hearts of corrupt adults, from abusive teachers to mafia leaders to megalomaniac politicians.

The heist-like dungeon-crawling through these parallel dimensions known as Palaces will feel familiar to anyone who’s ventured through them the first time round. That is until you notice all the little changes. For a game that stands out with such a strong sense of style, the music will get your attention right from the new opening sequence and catchy song ‘Colors Flying High’. Battles meanwhile don’t just have an extra oomph where a new trumpet-bursting track plays when you ambush an enemy, there’s also some welcome changes to the flow of battle. Now when you exploit an enemy weakness for one more attack, you can freely baton pass to any teammate from the off, while gun ammo also automatically refills for every battle, making it more viable as a tactic. 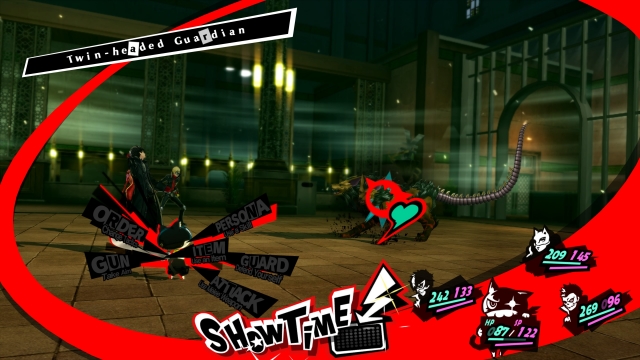 Palaces and even the bosses have had changes as well so that you’re not just going through the same dungeon-crawling motions. A new grappling hook, while not actually granting you shortcuts, does allow you to access new areas including the locations of new collectible Will Seeds that replenish some of your party’s SP, which can make it more feasible to get through Palaces in one day rather than multiple attempts, giving you more time to socialise in the real world.

Because while there’s plenty of dungeon-crawling, battling and persona fusing to do, the social side is where Royal really shines. What’s also great is that we also get to see a bit more from other party members even when your protagonist isn’t around. Some conversations even directly lead to teammates learning new outrageous Showtime attacks, often triggered as an even more stylish way to finish a fight. 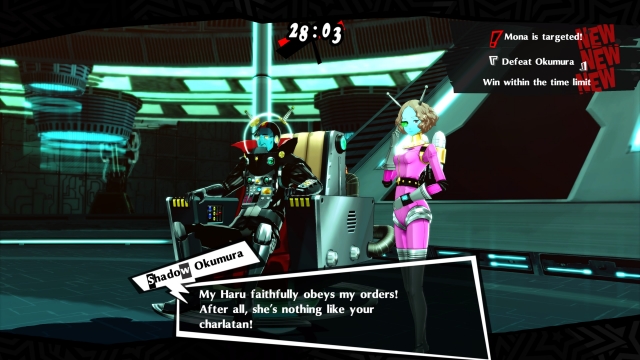 Ultimately, hanging out with everyone as much as you can is key to making the most of your time, with improved bonds and your own social stats in the real world directly increasing your combat perks and abilities in the Metaverse. It’s still pretty impossible to max out all your relationships with everyone on the first playthrough but Royal has new ways to help you get the most out of each precious calendar day. These include new alerts on the optimal time to work part-time jobs, phone calls with people you’ve just hung out with, while you can even do other activities at home instead of just going straight to bed after a long day’s Palace-running.

Another addition to your Tokyo sightseeing is Kichijoji, which outsiders might know less about but is actually considered the city’s most popular and trendy neighbourhood. The biggest explorable in-game hub, it’s not just packed with boutique shops but also new hangout spots, including a pretty decent darts mini-game that makes clever use of the DualShock 4’s motion controls.

Of course, the biggest addition is the third semester, which doesn’t just give you more days for socialising, as well as a new Palace and missions, but also takes the story in a rather unexpected direction, subverting much of what you had known before. But fair warning, certain conditions also must be met in order to access this new arc. Fortunately, returning players who are keen on focusing on new content should have no problem. 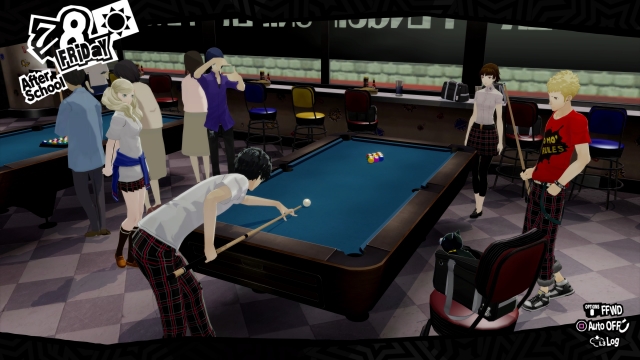 At risk of spoiling anything, the third semester is inextricably tied to two new key characters, school counselor Dr. Takuto Maruki and gymnastics honour student Kasumi Yoshizawa, the latter who also joins you as a Phantom Thief. Meanwhile, student detective Goro Akechi’s arc has also been completely overhauled, showing different sides of his personality, which also happen to make use of Kichijoji. It’s great spending time with these characters, Yoshizawa and Maruki also respectively helping raise your max HP and SP, but maxing out their relationships is vital if you want to see everything Royal has to offer.

Given the original game would take about 100 hours to complete, you might wonder whether it’s really worth putting in another 100-odd hours again, on top of the extra 10-15 hours for the third semester. However, with all these excellent new additions and improvements, Royal has made one of the best JRPGs, nay any game, of this generation an even better one.

Persona 5: The Royal (Reviewed on PlayStation 4)

As stylish as ever and filled with tons of new content and improvements, Persona 5 Royal is the very best JRPG of this generation that deserves to steal all of our hearts.

Persona 5 Royal is Almost Here, Find Out What's New in This Version

The GrinCast Episode 238 - You Can Pet The Dog Soon

12 Games of Christmas - Persona 5: The Royal 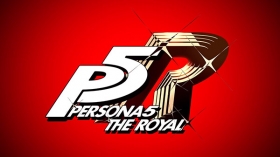