In 2014 Atlus released a Nintendo 3DS videogame titled Persona Q: Shadow of the Labyrinth. This title was a dungeon crawler that saw the cast of Persona 3 and Persona 4 come together for one grand adventure and was met with positive reception. Now, in 2019, and following the success of Persona 5 Atlus have returned with a follow-up title that invites players to dungeon crawl once more. This time however there are even more characters as the cast of Persona 3, Persona 4, and Persona 5 all come together for the most epic of missions. Welcome, to Persona Q2: New Cinema Labyrinth.

The setup for this grand crossover is that the cast of Persona 5, while out on a normal trip to Mementos, end up finding themselves in a new location. This turns out to be a film and theater in which they are unable to leave. It is quickly established that if they want to make it home then they need to uncover the mystery of the films and this is where the adventure begins. Now unlike the first Persona Q title, players don’t have a choice over which story route to follow as there is only one. This means events unfold from the perspective of the Phantom Thieves but it doesn’t damper the experience. As the story progresses players will meet up with the cast of Persona 3 and Persona 4, including the female protagonist from Persona 3 FES. With every new character you meet new gameplay options will open up. Each character has their own strengths, weakness, and Persona making them unique both for battles and story interactions. Putting together a team of your favorite character might leave you without some abilities so managing the Personas to ensure you have healing abilities, for example, provides flexibility with how to play. No matter the mix of characters or Personas, it never feels like you are using the right or wrong party.

Because Persona Q2: New Cinema Labyrinth is a more traditional dungeon crawler, the gameplay is different to that of say Persona 5. Series familiar role-playing mechanics are present such as the stat effects, Persona fusing, items, and so on. The main difference here is that the dungeons are explored from a first-person perspective one square at a time. Along the way, players will encounter enemies, treasure, shortcuts, and plenty of mysteries within some of the most complex dungeons in any Persona game. It’s equal parts navigating the world as it is battling countless enemies. 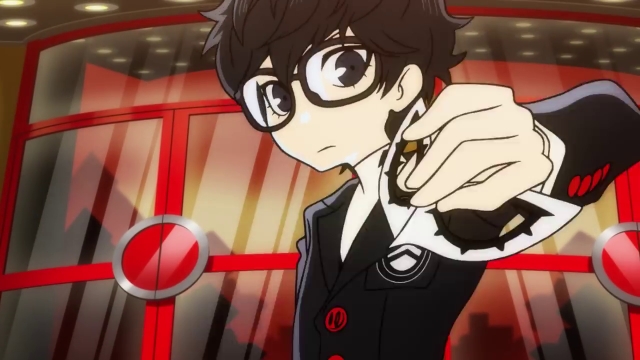 It is in this navigation that one of Persona Q2: New Cinema Labyrinth more interesting features come into play. Thanks to the second screen of the Nintendo 3DS, players are able to actually draw the map of each dungeon floor directly on the screen. This is an engaging element that not only helps you navigate but provide you with tools to mark objects and place notes where needed. The downside to this however, is that it all has to be done manually with no ‘auto fill’ option available. Having to stop and draw walls and other details feels like it is padding out the experience - which it isn’t - but the act becomes rather tedious.

The same could be said for battles within the title that occur both as random encounters and when bumping into one of the few bosses that roam the dungeons. Combat follows a turn-based format and involves using abilities in the same vein as main line Persona titles. The main difference this time around is that the title puts a much bigger focus on exploiting the weakness of enemies. Basic attacks and abilities only do so much so to make progress quickly it is important to take advantage of these exploits. This leads into arguably the biggest challenge for Persona Q2: New Cinema Labyrinth in that the title is not just difficult, but extremely hard even on the easiest option.

On the first dungeon alone you will be up against some tough fights that see you really battling down to the wire. As the game is intended to be a long experience, leveling up character will progress very slowly with new equipment and abilities having more weight in combat than just raw power. Those unfamiliar with dungeon crawlers might be mistaken into thinking this will be an easy title to pick up but in truth, it is a hard but rewarding adventure with plenty of grinding and back-tracking. When you finally overcome a difficult boss battle, the sense of accomplishment is amazing. 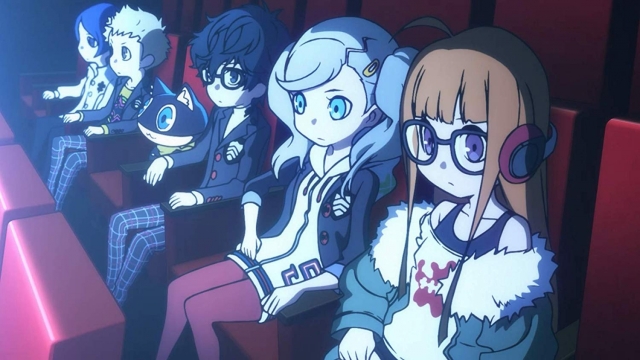 Thankfully, regardless of how much frustration you might experience with Persona Q2: New Cinema Labyrinth, the visual and audio style that makes the series so enjoyable is here and shining. Every element of the presentation has been carefully crafted to work on the Nintendo 3DS and ensure that it is an authentic Persona experience with all the sights and sounds that fans will have come to know and love.

In all, Persona Q2: New Cinema Labyrinth is a love letter to Persona 3, Persona 4, and Persona 5 all wrapped within challenging but fun dungeon crawling experience. The frustrations of the gameplay and the pacing will be turns offs for many but for those able to push on and get lost in the story will find plenty to enjoy. With what might very well be one of the last Nintendo 3DS games to release, it is a nice send off for the handheld. Now then, back to grinding levels.

A love letter to the series, Persona Q2: New Cinema Labyrinth is a challenging but rewarding dungeon crawling experience even if a little rough around the edges.